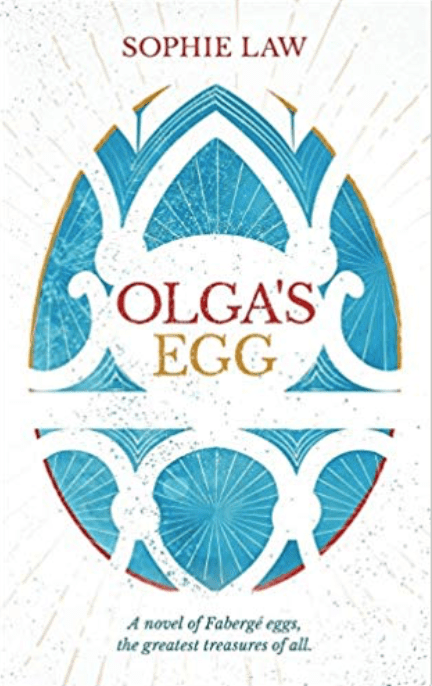 As 2018 draws to a close, so too does the melancholy centenary of the assassination of Russia’s last Imperial Family.  This “original sin” of the Russian Revolution and its 70-year cover-up by the Bolsheviks has been the inspiration behind many a fictional Romanov pot-boiler involving the implausible escape of a Grand Duchess, smuggled Imperial treasures, or lingering curses from mad monks.  Authors as disparate as John Boyne and Danielle Steele have tapped into the rich Romanov vein, while entertainment franchises such as Disney and Amazon Prime have rendered it eminently profitable.

For serious Romanov scholars and devotees of the Last Imperial Family, much of this far-fetched fictional canon is off-putting, which makes Olga’s Egg, Sophie Law’s debut novel all the more refreshing.  This well-researched novel about the hunt for a missing Fabergé Egg, made for Grand Duchess Olga Nicholaievna, Nicholas II’s eldest daughter, is both a credible and an enjoyable read.

Olga’s Egg tells the story of Anglo-Russian art expert and Faberge specialist, Assia Wynfield, and her search a missing Imperial Easter Egg her late mother believed Faberge made for the young Grand Duchess during World War I.

When the Russian government announces the triumphant discovery of Olga’s Egg, Assia travels to St. Petersburg to witness its unveiling but is left with doubts about the egg’s authenticity.  As the story toggles between St. Petersburg and London,  Assia’s childhood and traumatic young adulthood, with brief glimpses of the Romanovs in exile in 1918, a host of minor characters and subplots emerge, each guarding secrets about Olga’s Egg, which Assia must piece together.

It will come as a relief to serious Romanov fans that Law’s story of the Grand Duchess Olga and her ultimate fate is a refreshingly plausible hypothetical narrative, grounded in solid research from accepted sources.  This is a bittersweet alternative narrative, but one that completely avoids the fantastical, the overtly saccharine, or, indeed, the outrageous.  I am sure I am not the only reader who was left wanting more of this subplot.

Learn more about The Final Fate of the Romanovs

Law, who headed the Russian Art department of Bonham’s, is at her most confident when writing about the history, technique, and flawless designs of Faberge’s unparalleled masterpieces, including the incomparable Imperial Easter Eggs made for Emperesses Maria Fyodorovna and Alexandra Fyodorovna.  In all but a few instances, Law avoids the usual pitfalls of an information dump, leaving the reader entertained and informed rather than overwhelmed about the world of Russian decorative arts.  But one senses too that Law has put in the requisite hours to become equally familiar with the less elegant and uplifting aspects of modern-day Russia; her sketches of Russia’s crass latter-day elite are some of the most successful and entertaining moments in the book.

If there is a weakness in Olga’s Egg, it is in Law’s pacing and the needless rush towards the satisfying denouement.  Many potentially intriguing characters, such as Tanya, Assia’s twin sister, and American collector Madeline Roseman are left underdeveloped.  The large crowd scenes are deftly drawn, but Law has a tendency to hustle through smaller but potentially pivotal scenes, which might have warranted more detail: Assia and her romantic interest Edward both experience potentially chilling brushes with the long arm of the Kremlin, but too easily elude the danger to create any meaningful sense of rising tension.  And while Law concocts a complex and very plausible international political subplot, she fails to put sufficient roadblocks in either her heroes’ or her villains’ paths to build to a perfect crescendo.

Despite these flaws, Olga’s Egg is a marvelously engaging read, which will appeal to both seasoned Russophiles as well those just discovering the mystique and magic of Imperial Russia’s art and history.

Olga’s Egg is available on Amazon and in fine bookstores.

Thank you for stopping by for this book review.  I’m keen to do more, so if you have a book you’d like me to review or one you recommend that is in line with my range of writing subjects, do let me know about it!

If you are interested in learning more about the Romanovs and their world, download my Romanov Reading List, which is full of my favorite picks for biographies, coffee table books, and history books on the period.  Olga’s Egg has inspired me to do another Reading List on great fiction set in this period. 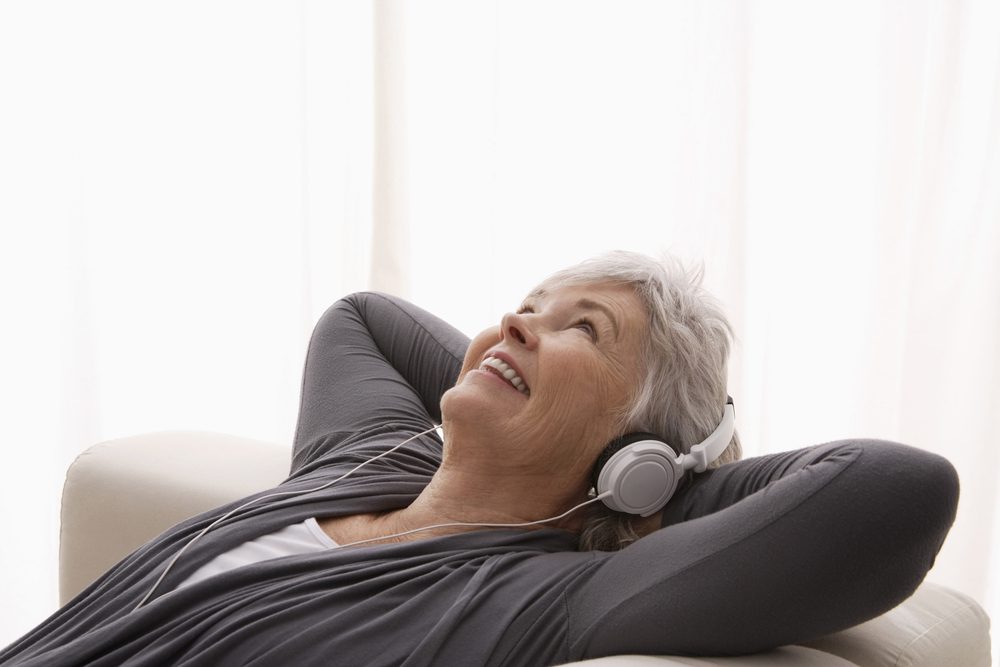 Learn more about the world’s largest country with this curated list of 21 fiction and non-fiction audiobooks about Russia. 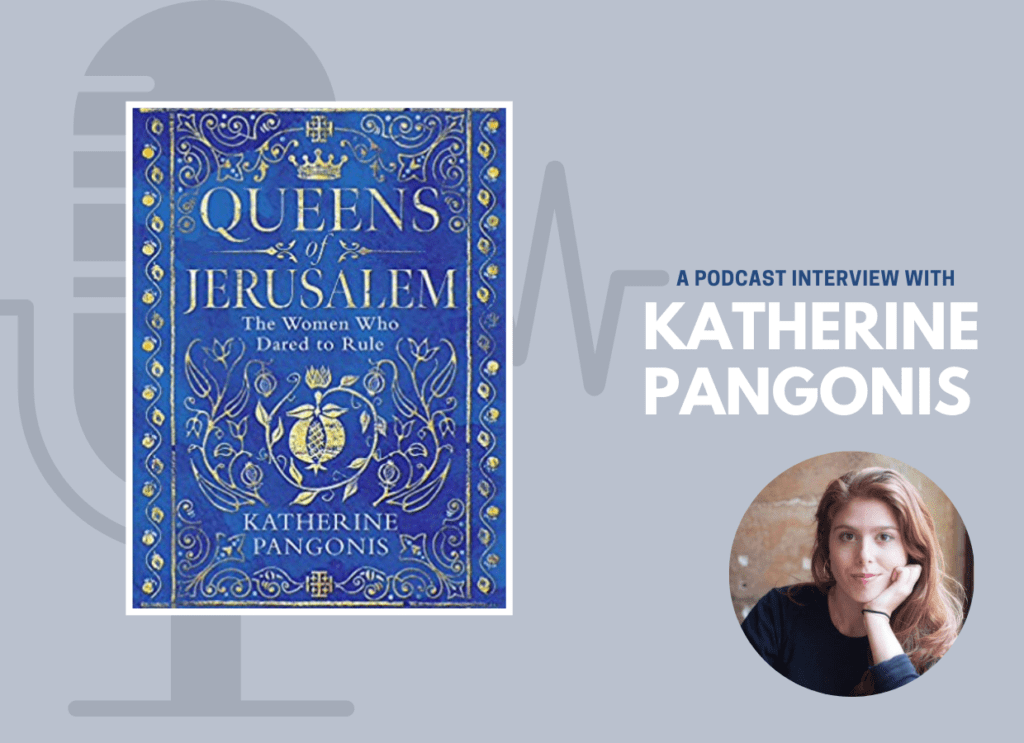 A conversation with historian Katherine Pangonis about her excellent new book, Queens of Jerusalem, which examines the lives of the queens, princesses, and countesses who ruled Outremer, the Crusader states of the Holy Land. 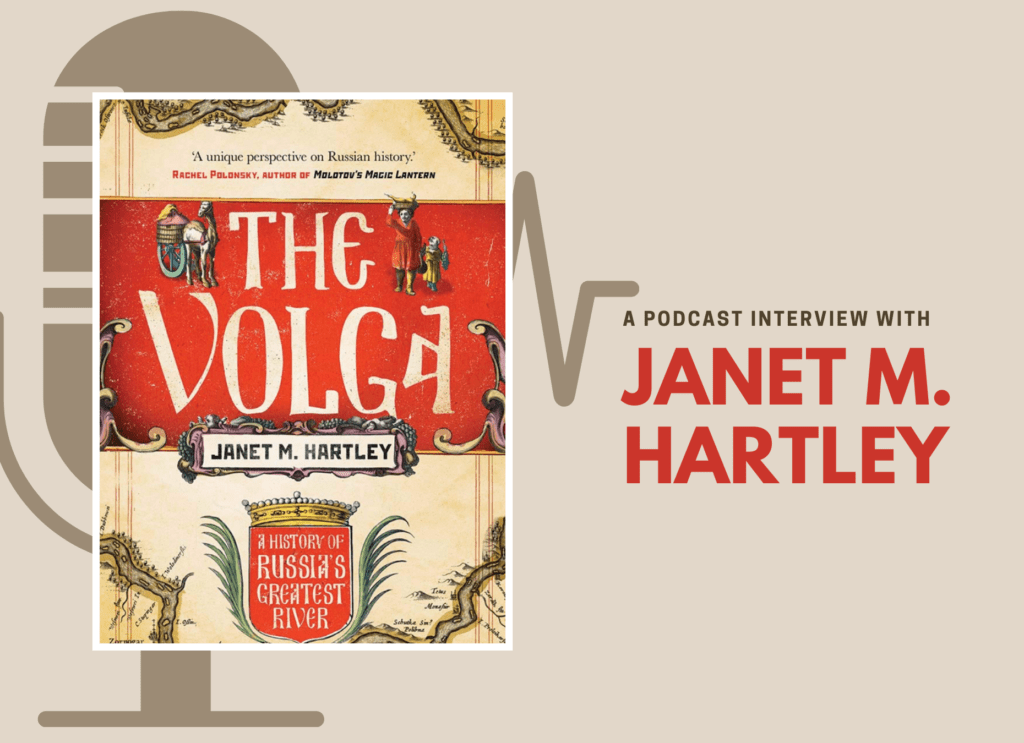 Professor Janet M. Hartley takes readers on a fascinating journey down the mighty Volga River and into the heart of the Russian mindset. “The Volga: A History of Russia’s Greatest River” challenges readers to reexamine Russian history, nationality, and identity from earliest recorded history to the present. 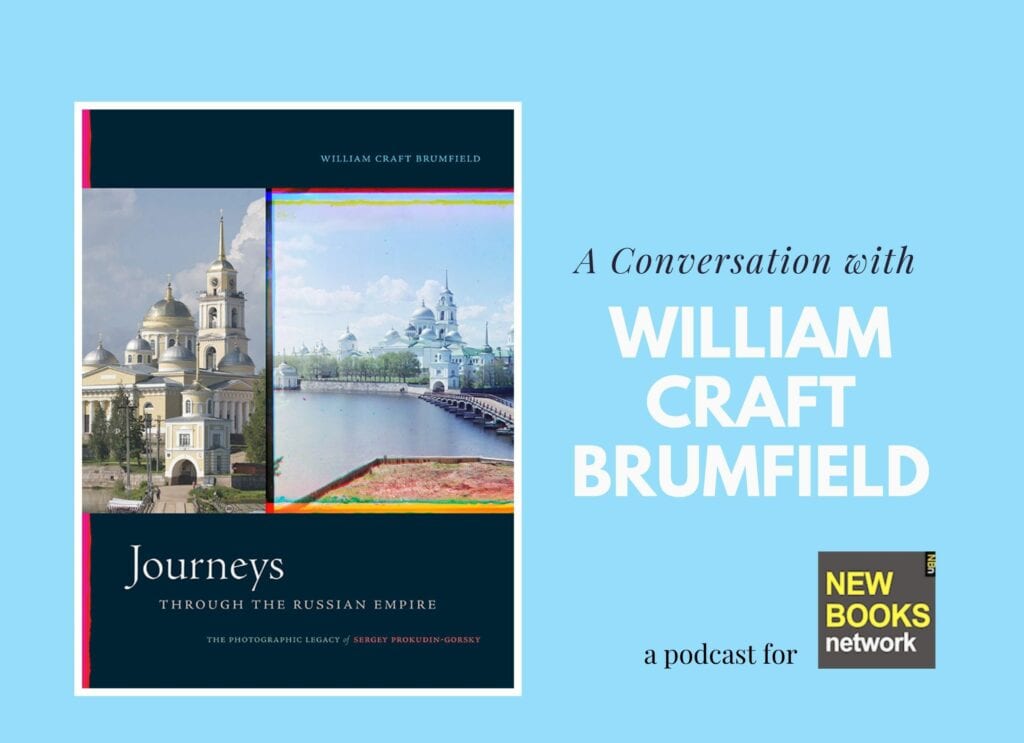 In his latest authoritative book, “Journeys Through the Russian Empire,” (Duke University Press, 2020) Russian scholar, photographer, and chronicler of Russian architecture William Craft Brumfield frames the life and work of Prokudin-Gorsky while also putting his own magisterial career into sharp perspective as he updates and interprets several of Prokudin-Gorsky’s iconic images with his own late twentieth and early twenty-first century versions. 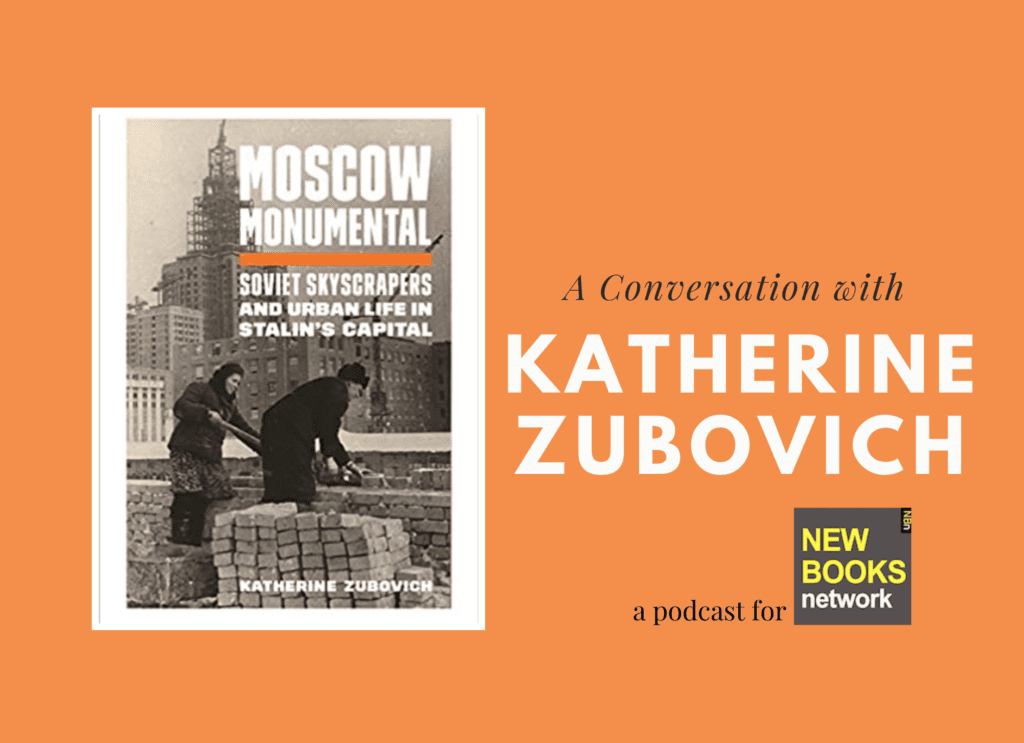 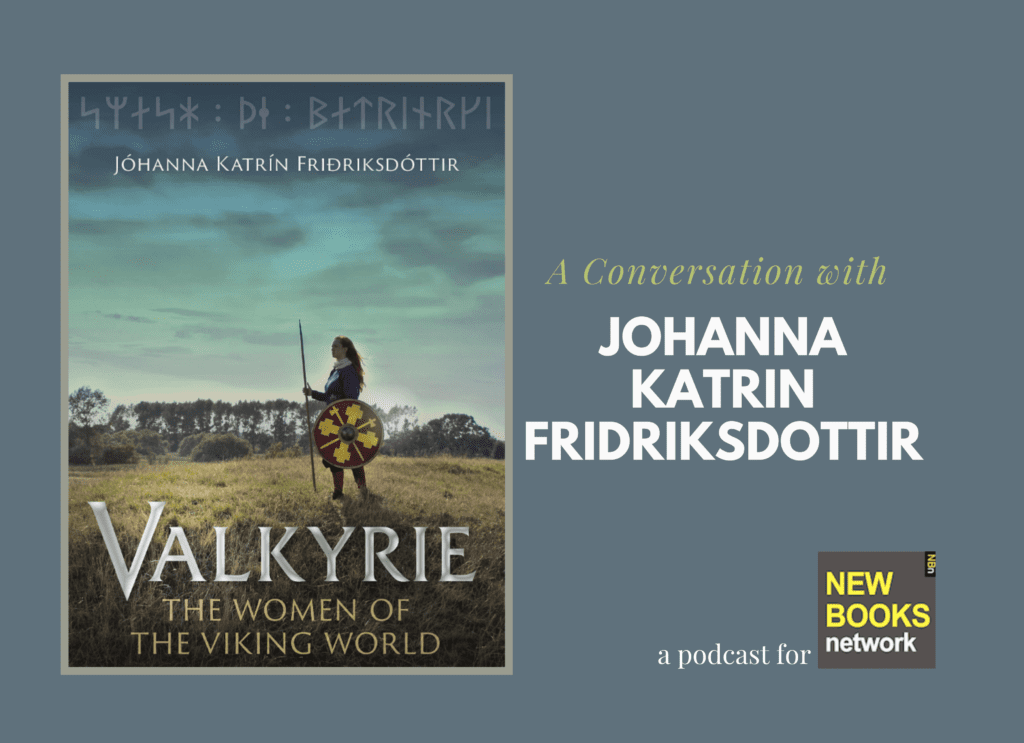 Fascination with the Viking Age is at an all-time high, though it has never really gone out of fashion.  There is something irresistible about the Vikings, a civilization dedicated to… 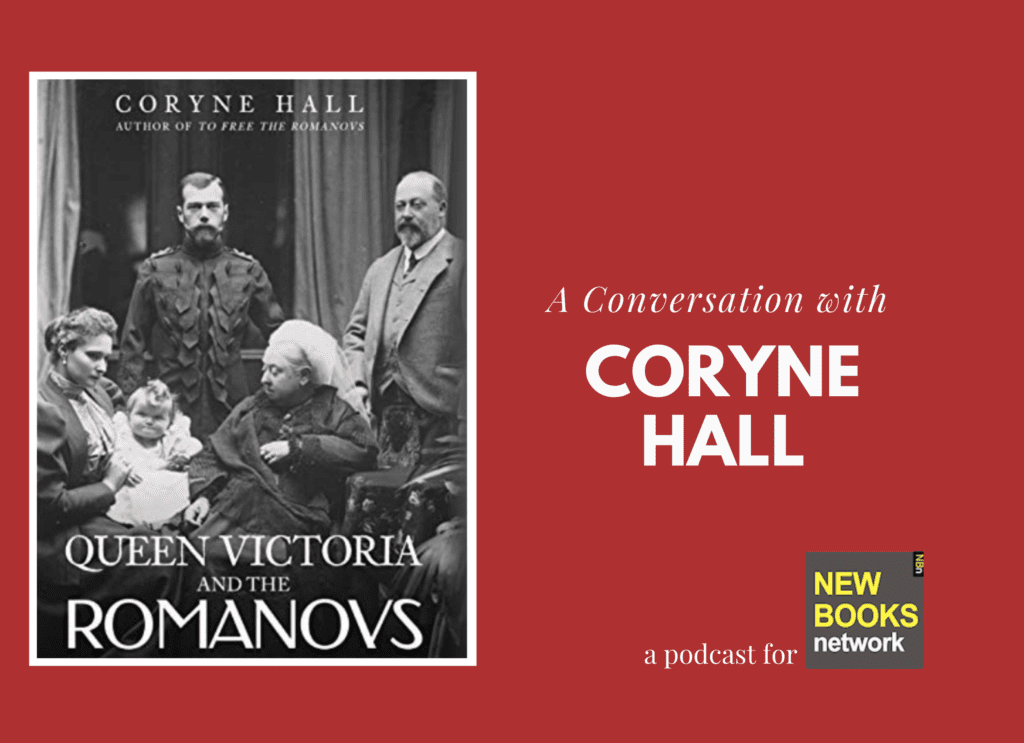 “Queen Victoria and the Romanovs: 60 Years of Mutual Distrust” is a fascinating journey through the intimacy of royal politics and diplomacy, and a study in the universality of family squabbles, even in the most exalted of families. 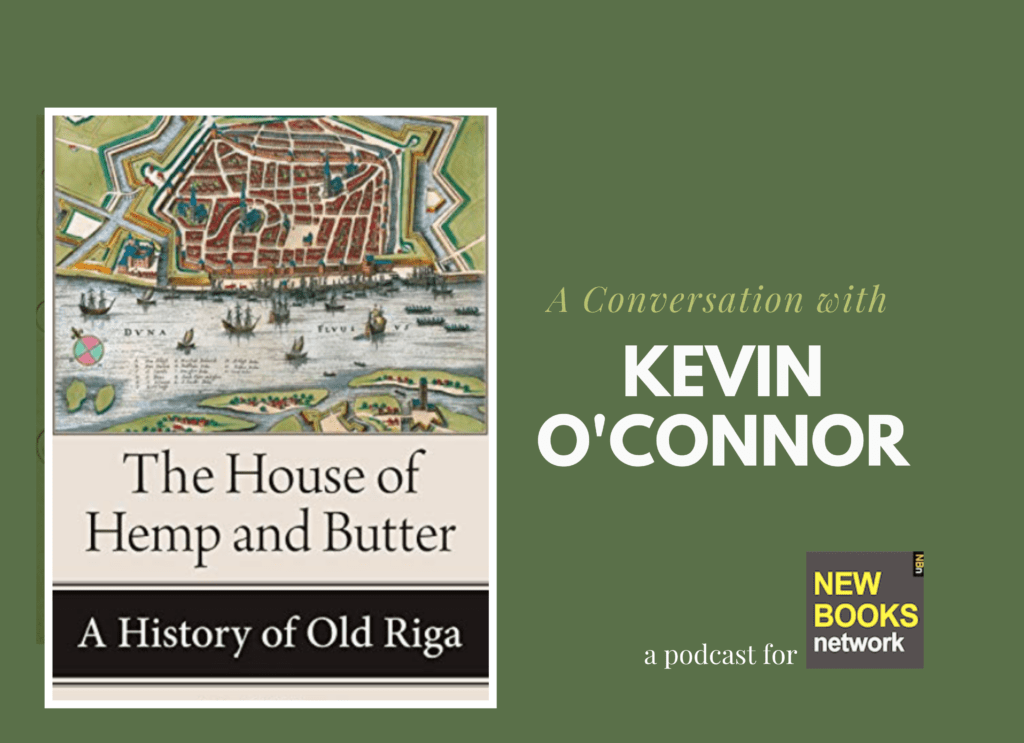 Delve into the rich history of Riga, Europe’s best-kept secret!

A conversation with Professor Michael Khodarkovsky about his new book, Russia’s 20th Century: a fresh look at the arc of Soviet history.