By Jennifer EremeevaJune 8, 2021Travel, Travel to Europe
No Comments

The Age-Old Mysteries of Mount Ararat

Mount Ararat is omnipresent and yet utterly elusive, a natural landmark that dominates both the landscape and the imagination; its snow-capped peaks replete with symbolism, ancient myth, and one of the world’s most enduring mysteries.

Mount Ararat is actually two separate mountains, both dormant volcanoes, their peaks capped with snow throughout the year. Great Ararat is 17,000 feet high, dwarfing any other mountain in the region.

Vassily Grossman, the Soviet writer, was enthralled by Mount Ararat’s almost magical countenance: “It seems to grow not out of the earth,” he wrote, “but out of the sky as if it had condensed from its white clouds and deep blue. It is this snowy mountain, this bluish-white sunlit mountain that shone in the eyes of those who wrote the Bible. 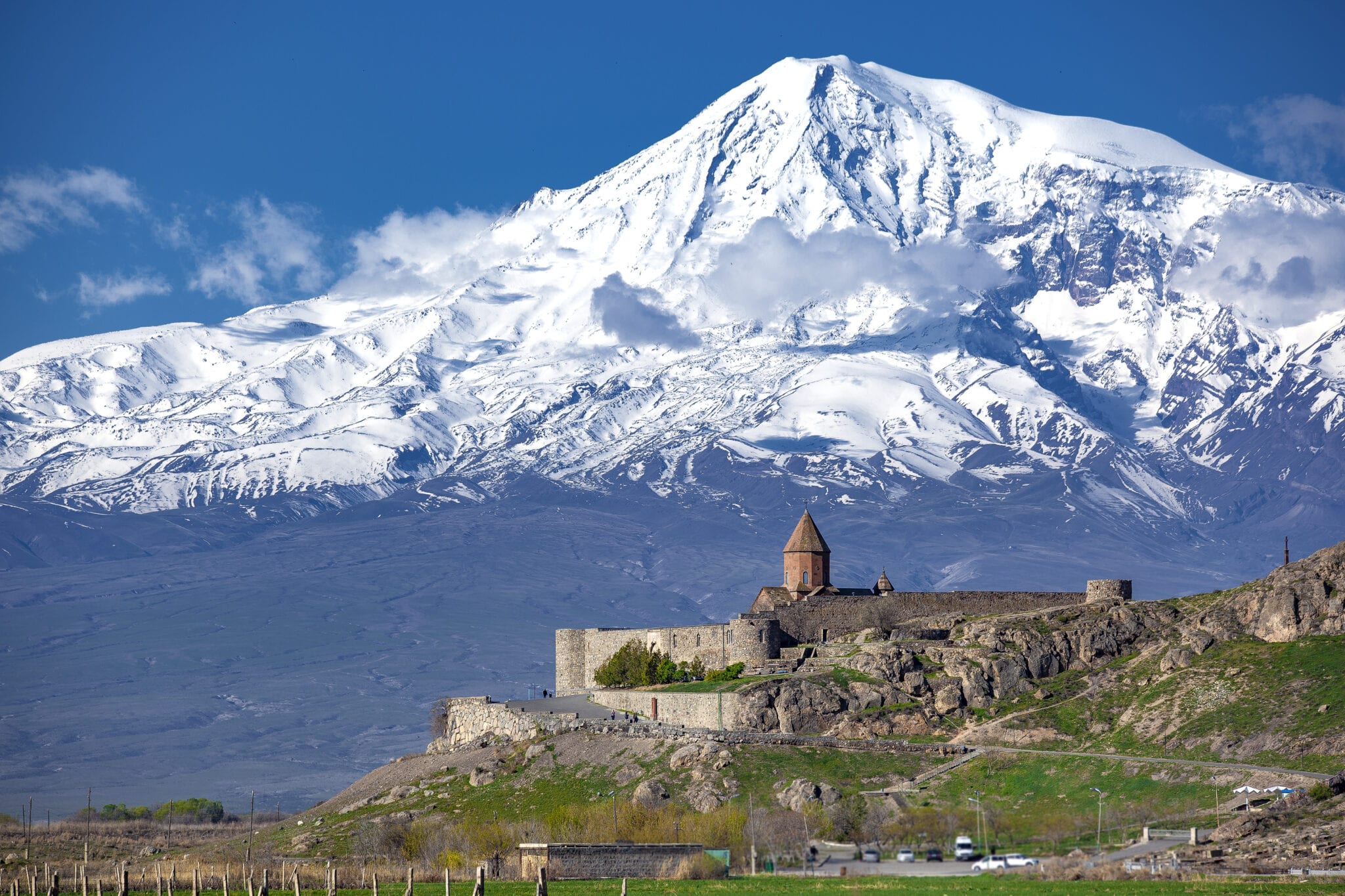 Mount Ararat in Armenia is called “Azatn Masis” or “holy and free;” from the beginning of recorded history, the mountain has been at the center of creation stories, myths, and powerful legends. In the pagan religion of pre-Christian Armenia, Vahagn, the God of Fire, hurled his mace made of 1001 suns to the earth and is forced to hunt for it, only to stumble upon Ararat. Impressed with its beauty and majesty, the gods designated the cradle of the first human, Hayk. Ancient scholars in Mesopotamia believed that the snow-peaked mountains were the source of the life-giving Tigris and Euphrates River.

Armenians were early adopters of Christianity after the fourth-century Saint George the Illuminator risked his life to convert King Tiridates the Great to the new faith. But even after Christianity had become rooted in the civilization at Mount Ararat’s base, Armenians were reluctant to attempt any ascent of its slopes, so strong was the pagan belief that the mountaintop was the realm of ghosts of the country’s noble and royal ancestors. Mount Ararat in the Bible

The most enduring association of Mount Ararat, however, is with the Biblical story of the Flood, and the great ark built by Noah to save his family, “…and of every living thing of all flesh.” (Genesis 6:17). Almost every ancient culture from the Babylonians to the Sumerians to the Greeks had a vivid flood narrative, charting the ire of a deity, the need for a significant “do-over” of mankind, a hearty and righteous survivor, and a vessel to preserve all living things.

In the Hebrew version in the Book of Genesis, God issues exact instructions on how to build the ark, including the materials he should use: gopher wood and pitch, and the dimensions, “…three hundred cubits the breadth of it fifty cubits, and the height of it 30 cubits.” (Genesis 6:16). The resulting craft was a three-storied vessel about 1-½ the size of a modern football field. 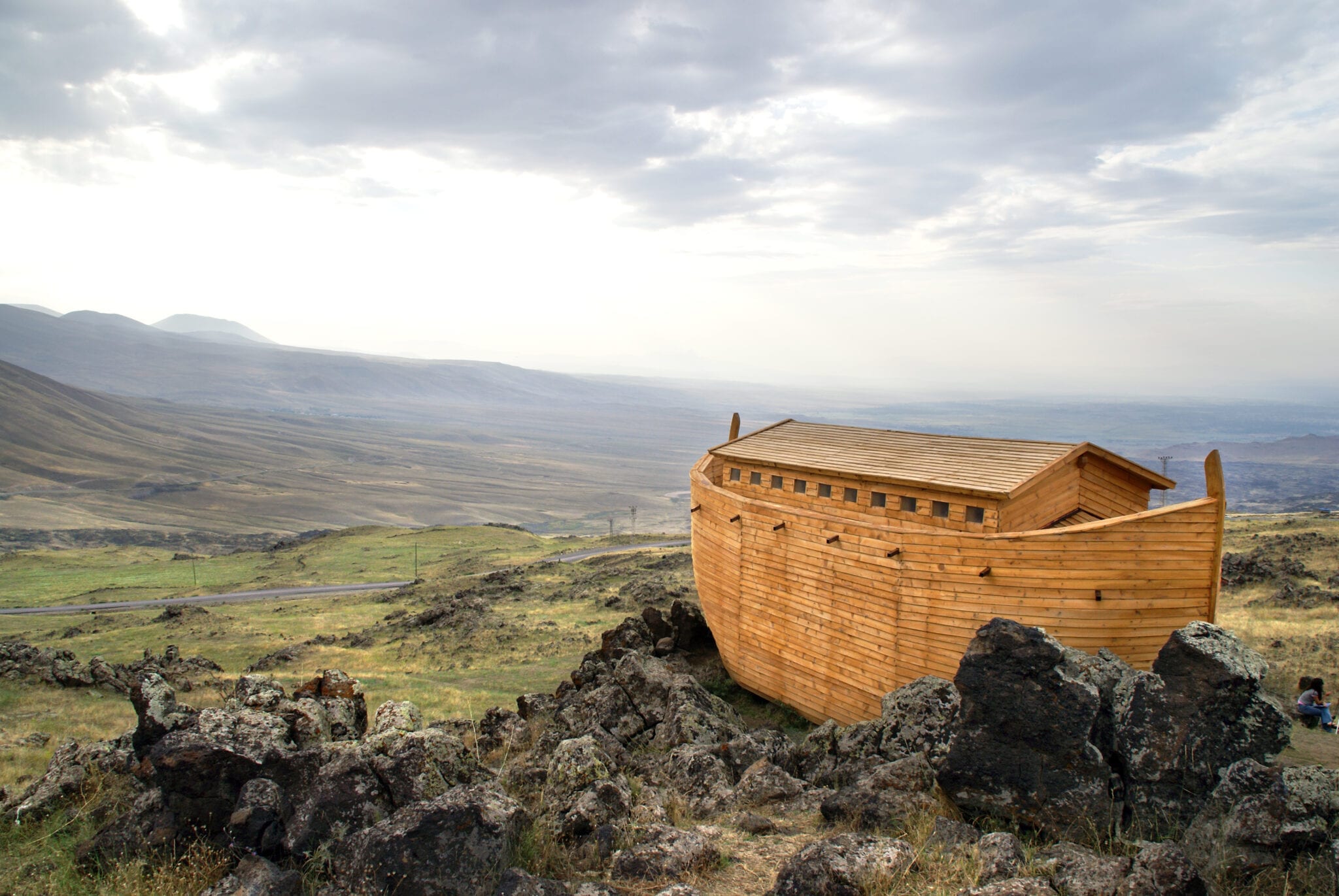 Model of Noah’s Ark on Mount Ararat | Image via Shutterstock

Once the ark is completed, Genesis recounts, “the windows of Heaven were opened.” (Genesis 7:11). The floodwaters then covered the earth “fifteen cubits upwards…and the mountains were covered…and every living substance was destroyed.” After forty days and forty nights of rain, and a further hundred and fifty days, the waters subside, and Noah and his Ark came to rest, “…upon the mountains of Ararat.” (Genesis 8:4)

The deluge finished, God orders Noah to “be fruitful and multiply and replenish the earth.” (Genesis 9:1). From this, the famous medieval historian Movses Khorenatsi in his magisterial “History of Armenia” posits that Noah’s son Japeth is the ancestor of all Armenians. During the eleventh and twelfth centuries, as Western Europeans embarked on the Crusades, which took them east where they began to interact with their fellow Christians in Armenia, the notion that the remains of Noah’s Ark must still be on top of Mount Ararat began both to harden into fact and spread throughout the Christian world.

But even before the Crusades, attempts to find the remains of Noah’s Ark drew Christians to the slopes of Mount Ararat. Centuries of conquest of the region by Seljuk Turks, the Ottomans, Safavids, and later the Russians did little to deter those hopeful that finding proof of Noah’s Ark could establish that the Bible was recorded history rather than legend. 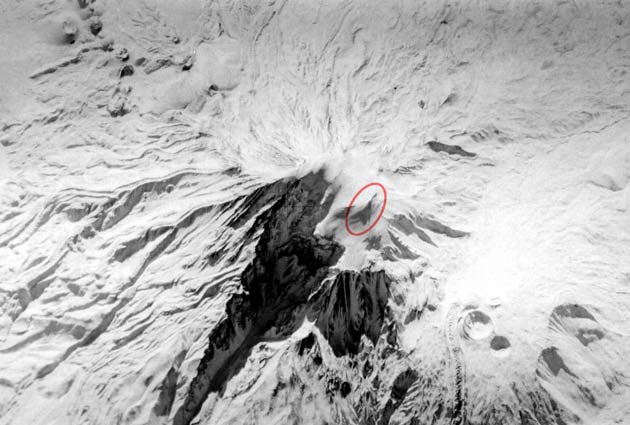 The Ararat Anomaly Photographed in 1973 | Image via WikimediaCommons

The emergence of the “Ararat Anomaly” in 1941 rekindled hopes that the ark was still at the summit of Mount Ararat. A dark object was filmed by U.S. Air Force pilots, which looked to be 309 meters long. Representatives of all three Abrahamic faiths rejoiced.  The Ararat Anomaly, as its name suggests remains a subject of debate between scientists, scholars, and clergy from all three faiths.  The debate continues.

Today the existence of Noah’s Ark remains one of Mount Ararat’s most closely guarded secrets.  But the mountain itself persists as an important symbol of Armenia’s centuries-long quest for independence and nationhood. Thought mountain today lies within Turkey’s borders, it dominates the skyscape of Yerevan, Armenia’s capital, and its image graces Armenia’s official coat of arms and lends her name to one of the country’s most famous calling cards: Ararat Brandy, the favorite tipple of Sir Winston Churchill. 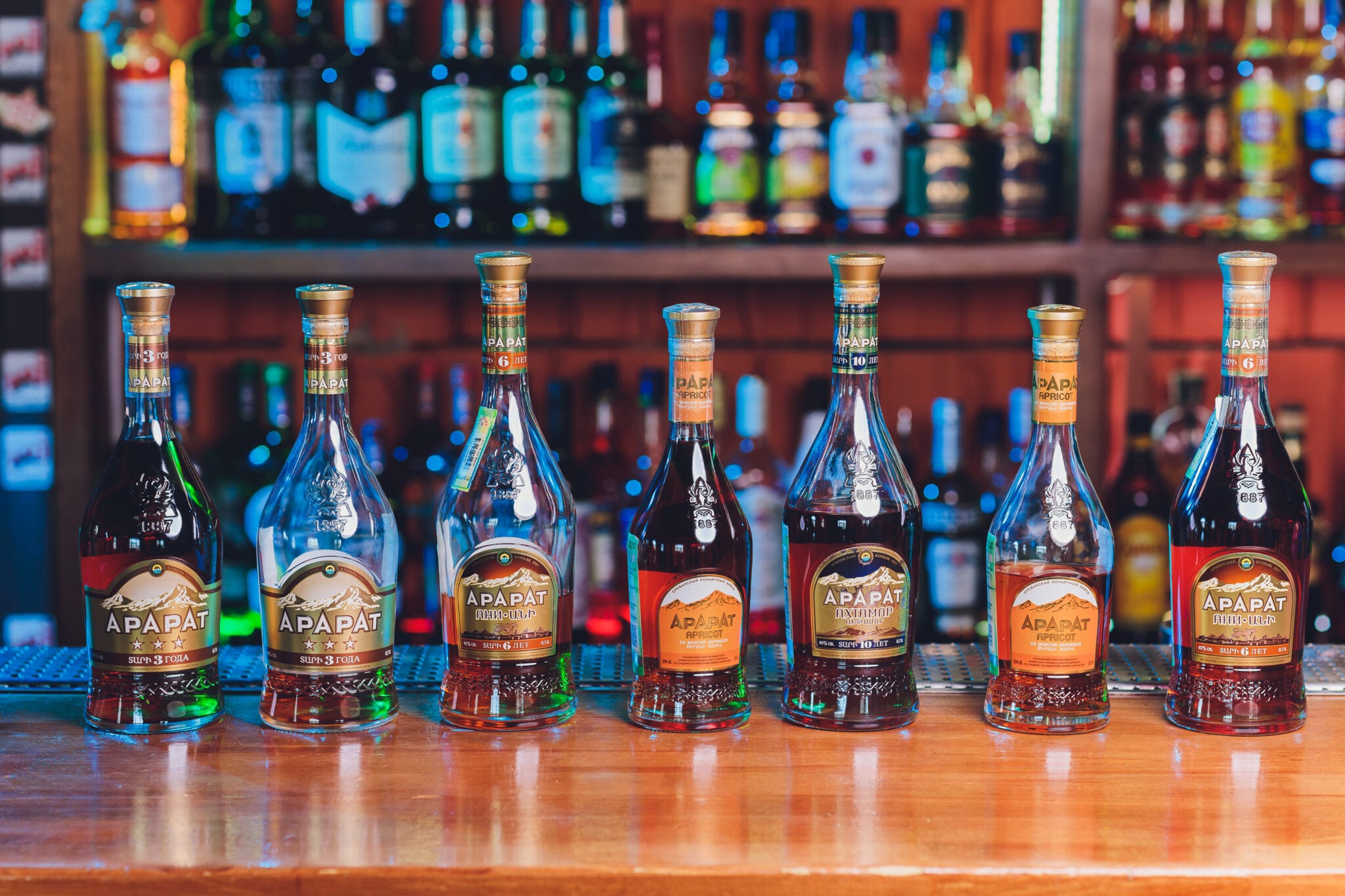 This post originally featured on tour operator Alexander +Robert’s travel blog in connection with their popular itinerary: Ancient Cultures: Armenia and Georgia, which includes three nights in Yerevan and a visit to the Yerevan Brandy Company to sample Ararat Brandy.

Learn more about Mount Ararat, Armenia, and the fascinating region.

Rick Antonson’s engaging account of his expedition to Mount Ararat and the history of this enigmatic symbol of the region.

The enthralling true story of a Mesopotamian clay tablet that unlocks the secret of the Babylonian Flood Story.  Written by Irving Finkel, Assyriologist and Assistant Keeper at the British Museum, and also available in audio format.  Free when you sign up for Audible Plus or Audible Premium Plus.

A thorough and extremely readable history of Armenia from Biblical times to the present. 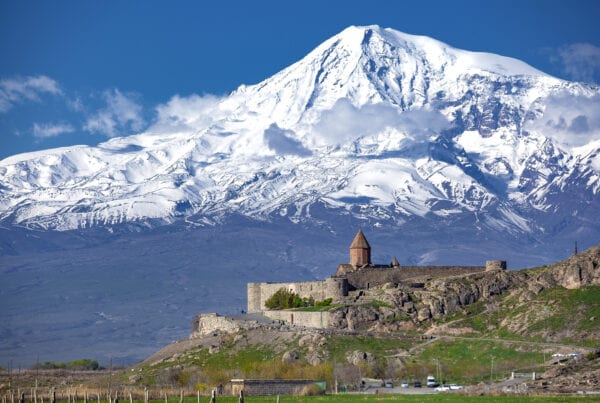 Jennifer Eremeeva | Travel, Travel to Europe | No Comments
The Age-Old Mysteries of Mount Ararat Armenia's Mount Ararat guards her ancient secretsMount Ararat is omnipresent and yet utterly elusive, a natural landmark that dominates both the landscape and the… 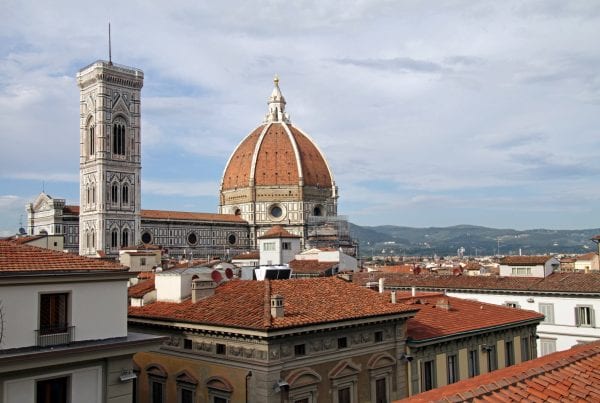 Read Up on Italy: 7 Great Books about Florence, Venice, and Rome

Jennifer Eremeeva | Reading Lists, Travel, Travel to Europe | One Comment
Read up on Italy with these 7 classics on art, history, and food! 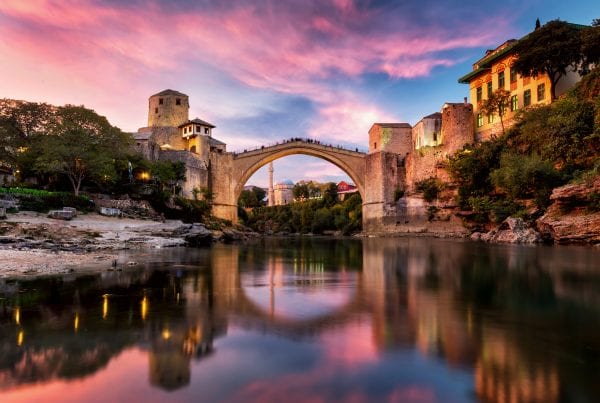 Jennifer Eremeeva | Travel, Travel to Europe | No Comments
Jennifer Eremeeva on the inspiring story of the Old Bridge in Mostar Bosnia Herzegovina: a restoration project that rebuilt a community. 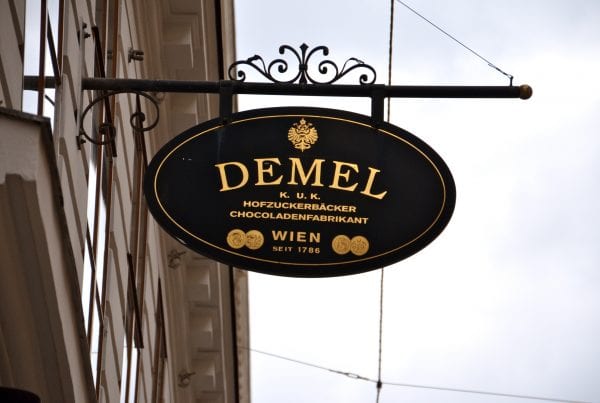 Jennifer Eremeeva | History, Travel, Travel to Europe | 4 Comments
Vienna’s Venerable Coffeehouse Tradition Discover the elegant world of the Viennese Coffeehouse, a UNESCO Intangible Cultural Heritage that is synonymous with the history of the Austrian empire and its dynamic… 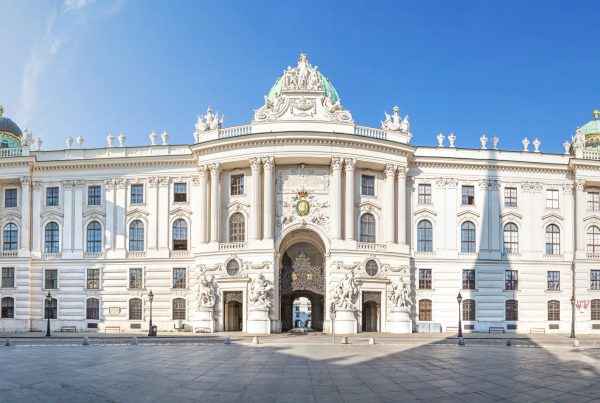 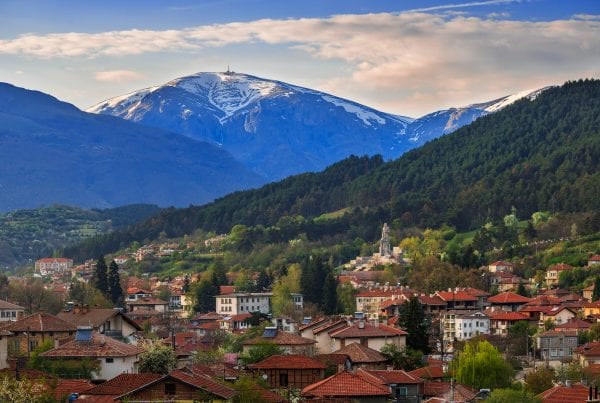 Jennifer Eremeeva | Reading Lists, Travel, Travel to Europe | No Comments
The Balkans are a feast for the imagination with their soaring scenery, diverse population and colorful history filled with larger-than-life legends, myths, monsters, and heroines. Begin your journey with Jennifer… 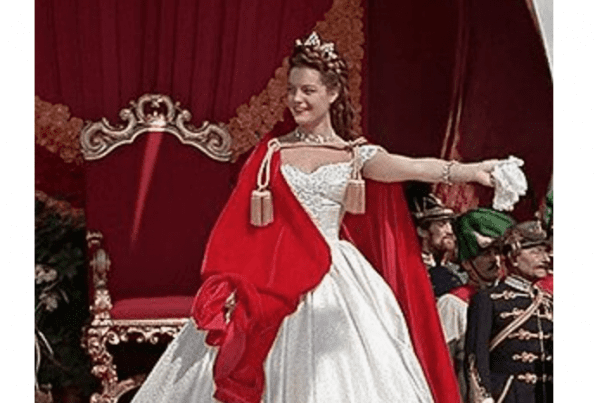 On Sissi’s Trail in Vienna 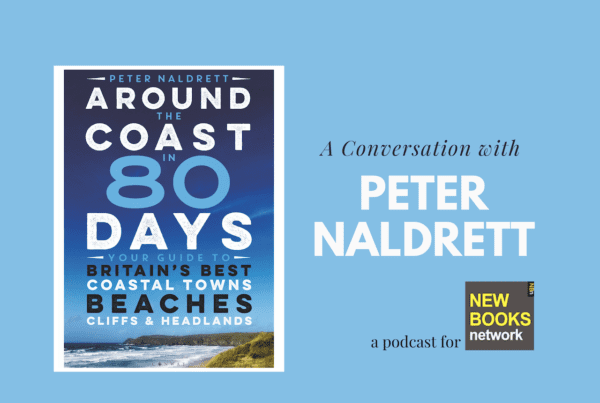 Jennifer Eremeeva | Podcast, Travel, Travel to Europe | No Comments
Peter Naldrett brings a boundless enthusiasm for his expedition: to circle Britain and curate 80 of the best seaside venues, and from these extrapolate three or four of the most… 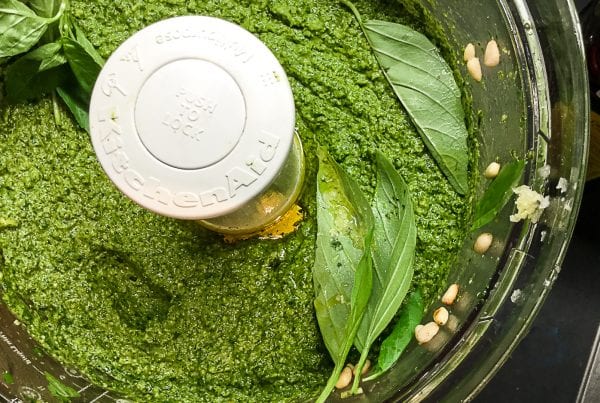 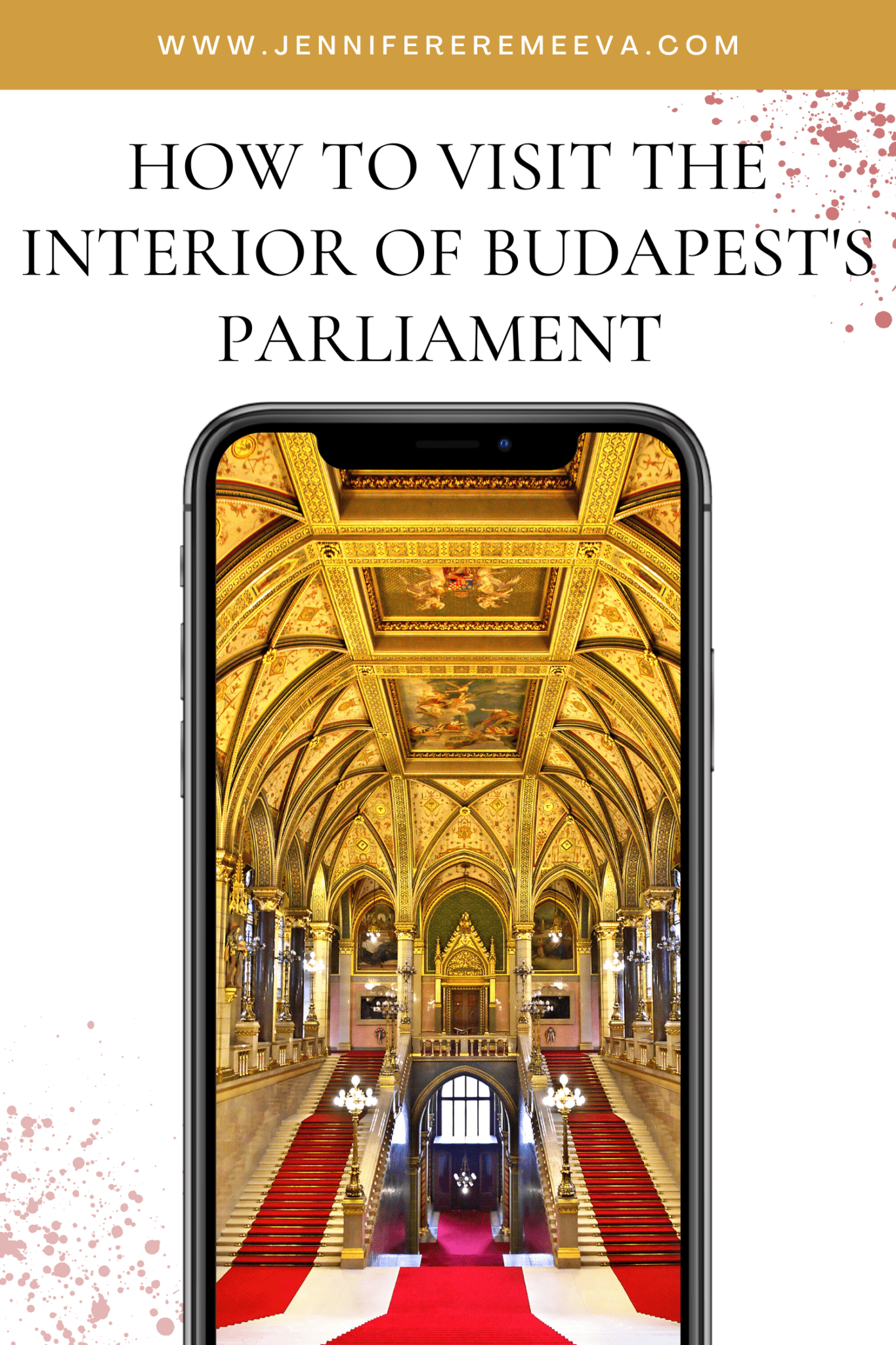 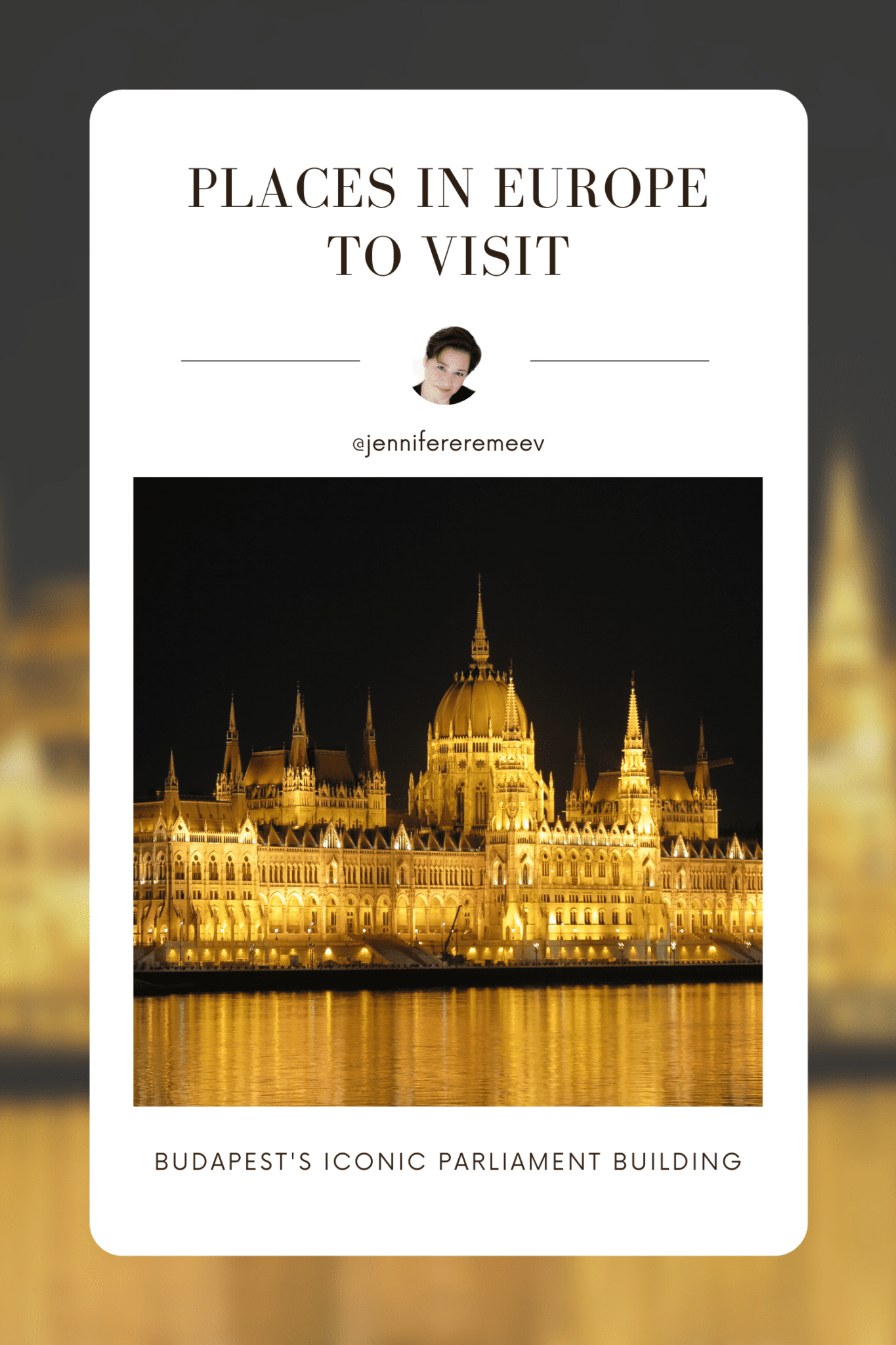