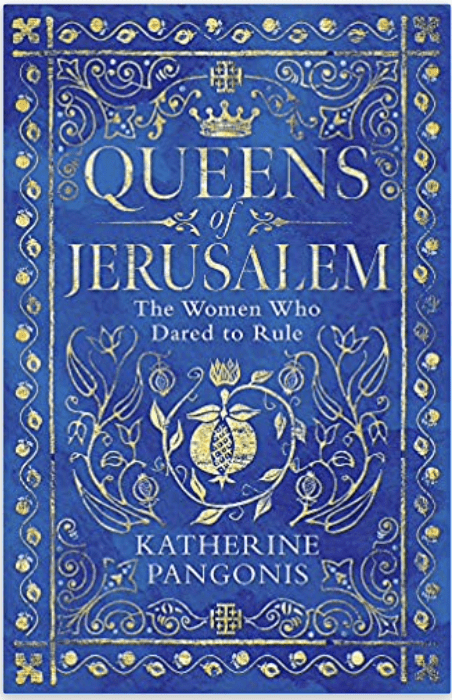 Queens of Jerusalem
Women Who Dared to Rule

Weindenfeld & Nicholson, an imprint of The Orion Publishing Group
2021

The Women Who Dared to Rule the Crusader States

Any study of the Crusades — the religious wars waged by Latin Catholics to recapture the Holy Land — is primarily an exploration of men and their military deeds, with scant consideration of women, save perhaps the redoubtable Eleanor of Aquitaine who accompanied her husband, King Louis VII of France, on the Second Crusade. But the history of the Christian Crusader states established after the success of the First Crusade is a different matter. From 1099 to 1187, the four polities, known collectively as “Outremer” or “the lands beyond the sea” — the Kingdom of Jerusalem, the Principality of Antioch, and the Counties of Tripoli and Edessa — were more often ruled by queens, princesses, and countesses in their own right.

The captivating story of these women is the subject of “Queens of Jerusalem: The Women Who Dared to Rule” by Katherine Pangonis. In taking up the story of Queen Melisende of Jerusalem, her rebel sister, Princess Alice of Antioch, and their descendants, Pangonis set herself the challenging task of peeling back the layers of recorded history — primarily chronicles written by men — to create a realistic portrait of these vital, ambitious, and dynamic women, a task that requires the historian to wear many hats: archivist, detective, archeologist, and psychologist.

In the Footsteps of the Queens of Jerusalem

Pangonis is well up to the task; she is an outstanding narrative historian, and in addition to scrutinizing all extant sources on Outremer, Pangonis also took the time to walk in the footsteps of her protagonists, and this allows readers of “Queens of Jerusalem” to experience medieval Outremer in vibrant detail. The queens, princesses, and countesses of Outremer were keen builders of edifices, which still form parts of the skylines of of the region: the Crusader castles, the Convent of Bethany, and the all-important Church of the Holy Sepulchre. In “Queens of Jerusalem” this topography leaps off the page in very satisfying detail. 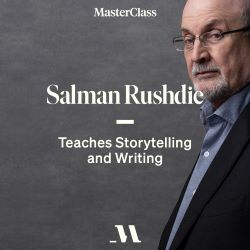 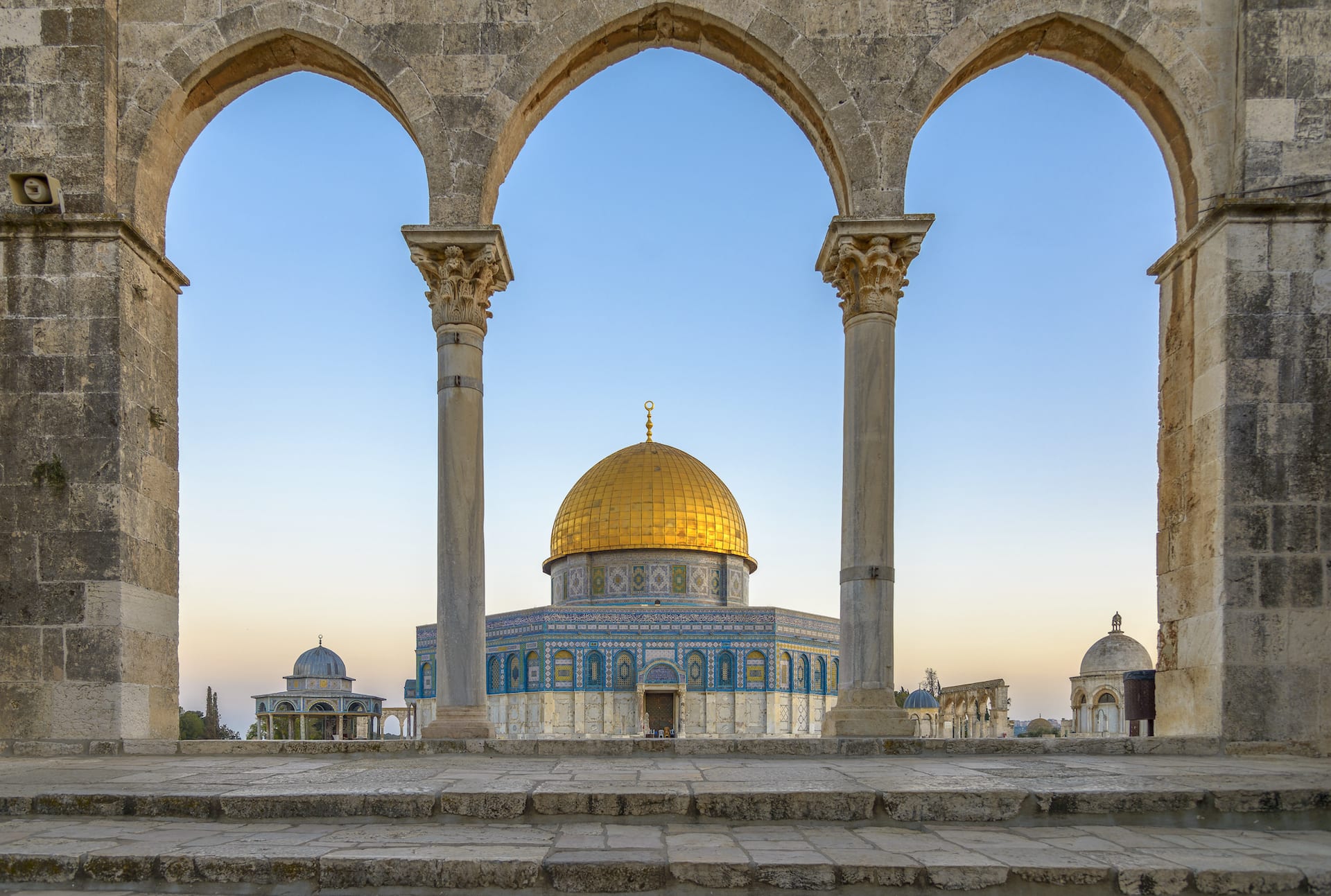 Dome of the Rock in Jerusalem  |  Image via Shutterstock

Pangonis’s writing is elegant and evocative, always informative but never pedantic. Her ability to marshall her sprawling cast of characters, many of whom confusingly share the same names, is impressive, with each person emerging as a separate and vivid personality with distinct character traits. Pangonis argues that like their European cousins, none of the women of Outremer was ever destined to rule, but that the inherent violence of Outremer rendered the mortality rate for men such that women were often the only potential heirs. Some women, such as Queen Melisende of Jerusalem, were well prepared for their task from childhood, while others, like her sister Alice, struggled to establish and maintain power. Pangonis also considers the fates of several Byzantine princesses who married into the Crusader states, such as the colorful Theodora Komnene, foreigners forced to weather their own challenges in navigating power in Outremer.

“Queens of Jerhttps://geni.us/QueensJerusalemNewusalem” underscores the double challenge faced by the women rulers, who coped not only with internal and external political challenges to their reigns, but also navigated marriages of political expediency, often to foreign noblemen with their own political agenda. How the woman of Outremer balance these tricky personal and political realities makes for very engrossing reading, as do the alternative fates of those who took Holy Orders at the Convent of Bethany, founded by Queen Melisende for her youngest sister, Princess Yvette.

Though the pace of “Queens of Jerusalem” never lags, there is a sense of occasion when Eleanor of Aquitaine gallops into the narrative with characteristic panache. Pangonis gives us a highly entertaining account of Eleanor’s action-packed visit to Antioch and Jerusalem, leaving us to conclude that Eleanor’s encounter with the assertive women of Outremer, including Queen Melisende, changes the trajectory of Eleanor’s own life. Upon her return from the Holy Land, in a bid for freedom from her monk-like husband, Eleanor reclaimed her own lands, arranged for her marriage to King Louis to be annulled, and took up with the feisty Henry Plantagenet, later King of England.

In the great sweep of history, the polities of Outremer did not endure for many generations. Surrounded by hostile adversaries throughout the history of the Crusader States, the queens and princesses of Outremer were frequently engaged in defensive wars. Queen Melisende’s granddaughter, Queen Sybilla, was finally forced to capitulate Jerusalem to the mighty Saladin in 1187, bringing this glorious age of women rulers of Outremer to an end. But if these extraordinary women’s legacies have hereto now been eclipsed by contemporary historians such as William of Tyre, and overlooked by historians throughout the centuries, Katherine Pangonis has done stellar work in restoring both the glamor and glory, as well as their rightful place in history to the Queens of Jerusalem. 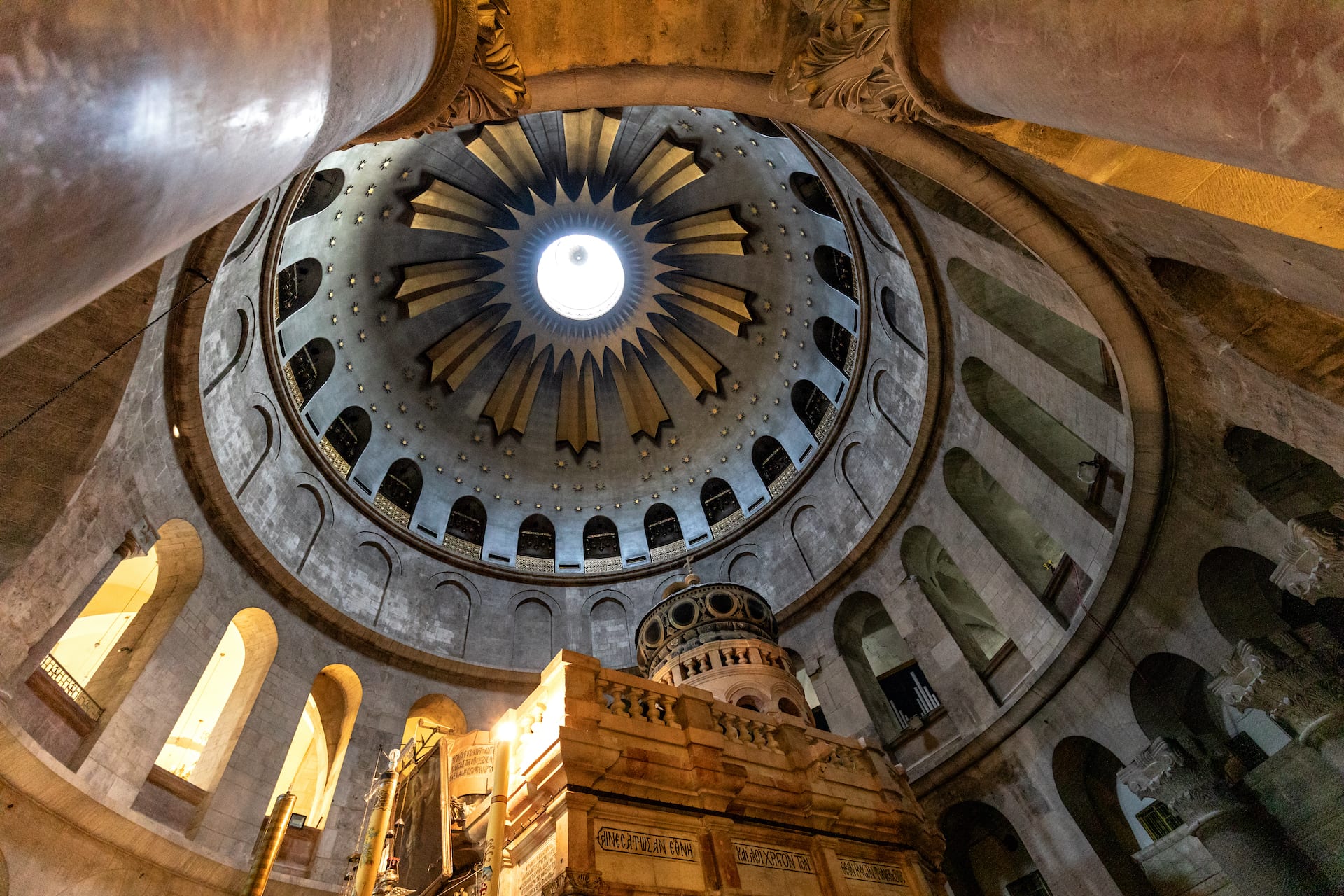 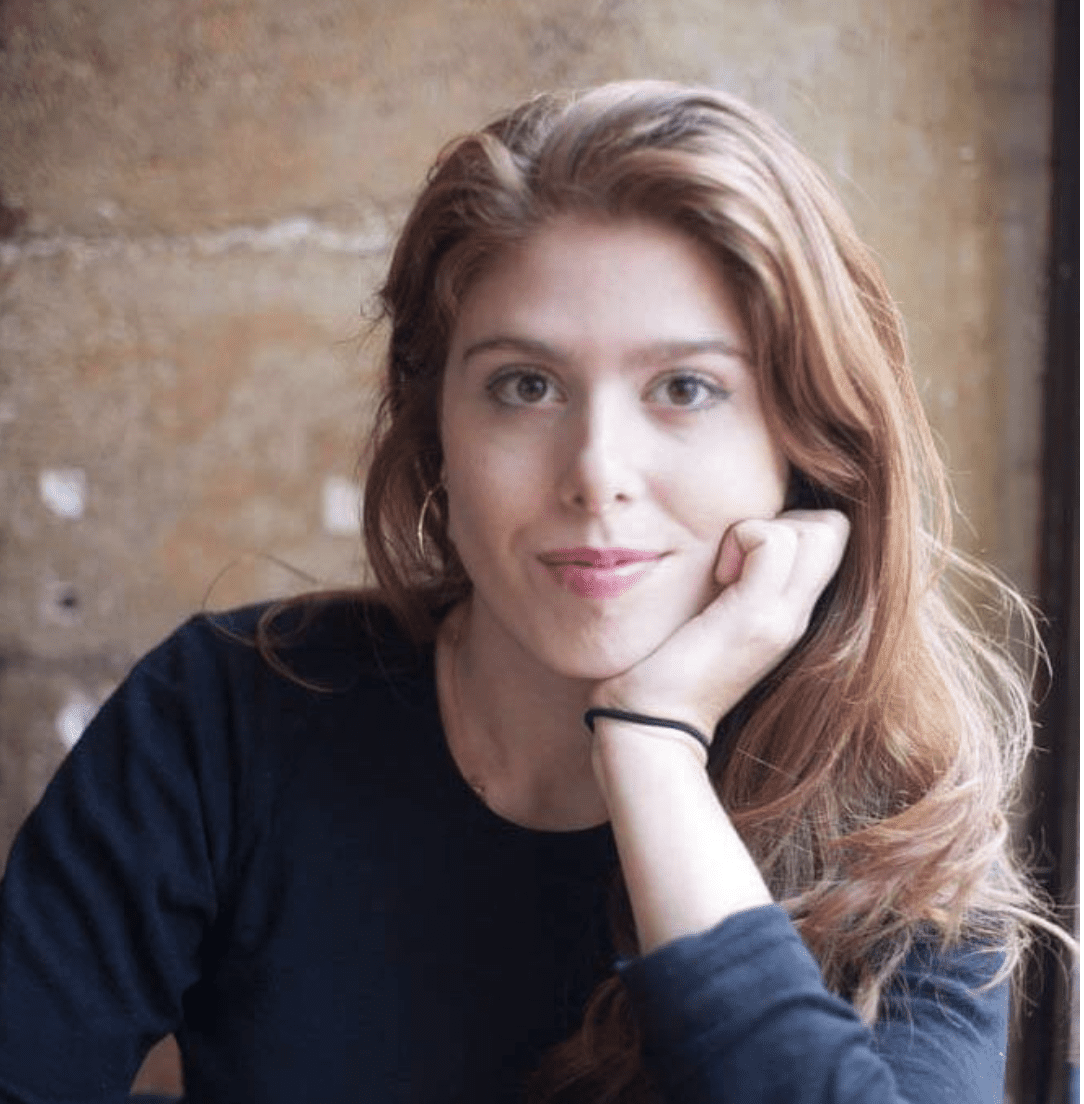 Enjoy My Conversation with Katherine Pangonis

Katherine Pangonis is a historian specializing in the medieval world of the Mediterranean and Middle East.  She holds MA degrees in literature and history from Oxford University and University College London.  She has a particular interest in rewriting the voices of women into the historical narrative, re-examining under-studied areas of history, and bringing her findings into the public eye.  When she is not traveling and researching, she divides her time between France and the UK.  Find out more about Katherine on her website and join her on Twitter and Instagram. 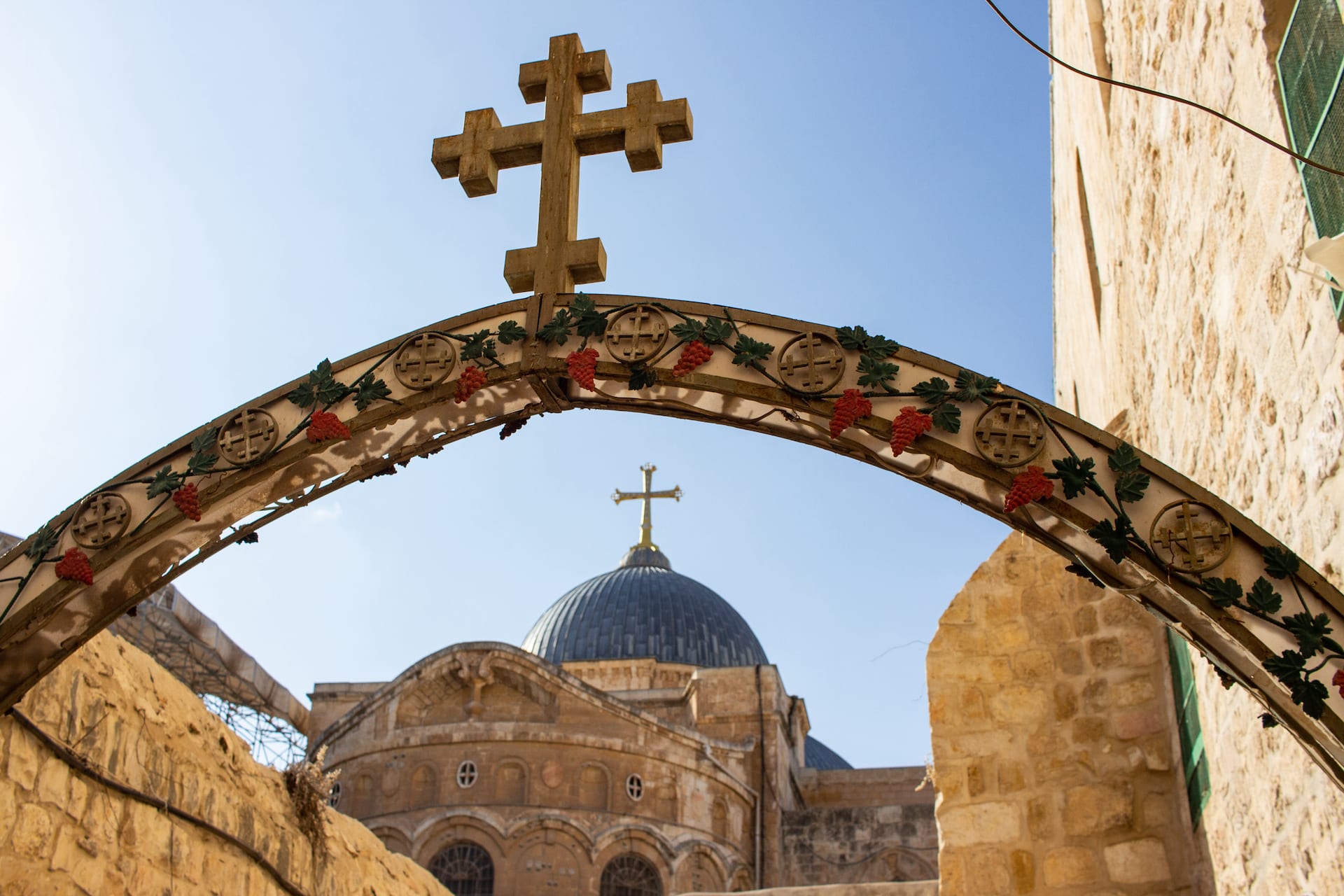 The Church of the Holy Sepulchre | Image via Shutterstock

This text was originally part of a Moscow Times long reads article. The original can be found here with an excerpt from Journeys Through the Russian Empire. 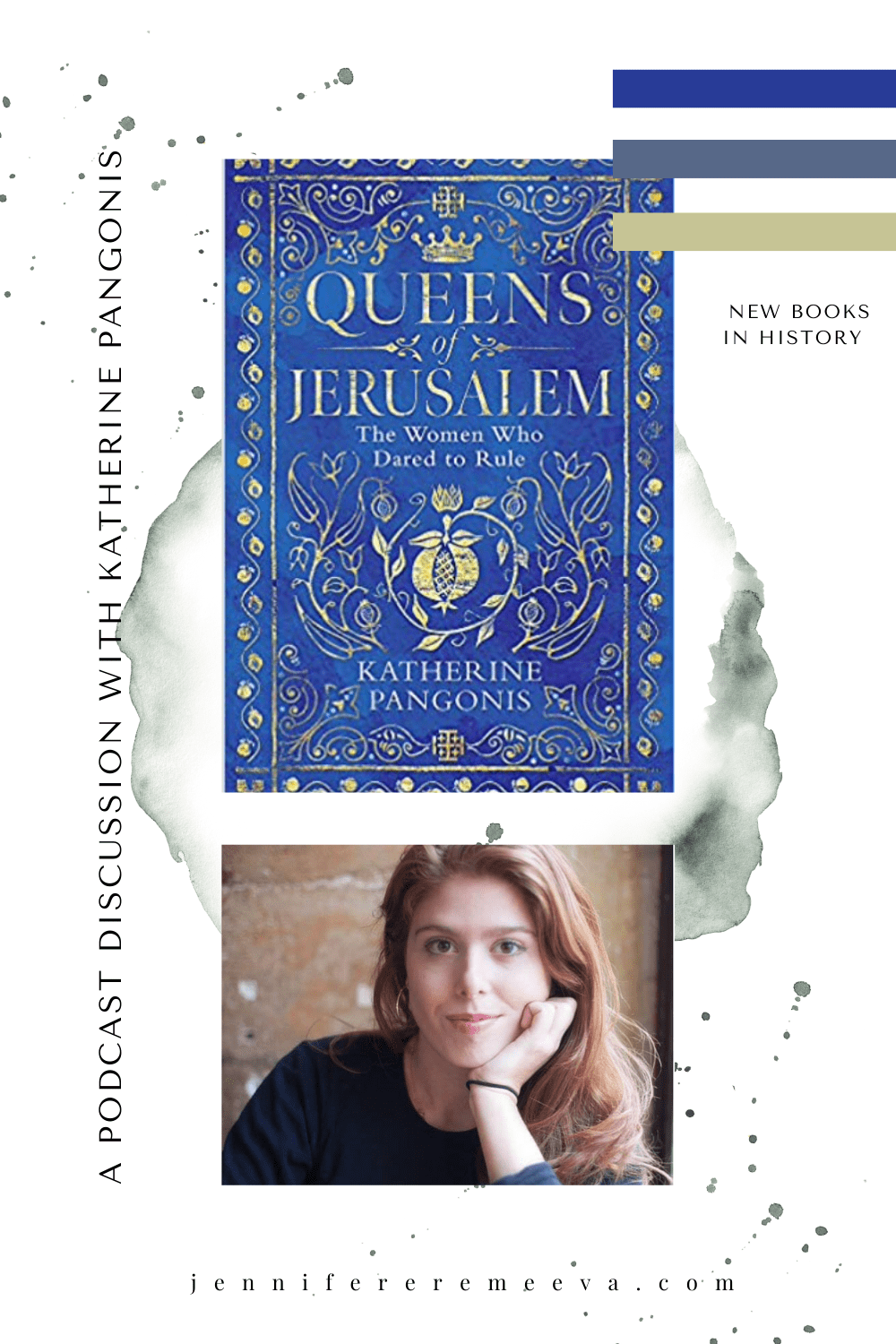