The Ancient Art of Falconry

Training a falcon takes time and patience — experts estimate two years is the minimum amount of time it takes for a bird and its master to begin to work together effectively, and, they caution, a falcon is not like a dog or a horse:  it will never feel any affection for its master.  Trust, perhaps.  Affection, no.

That Frederick was a member of a minor ruling house should not surprise us:  falconry in Europe was the sport of royalty and the aristocracy, requiring, as it did, lots of space, lots of time, and lots of money to enjoy.  Strict rules governed the type of falcon one could own and operate, depended on rank and birth: the largest and most powerful birds reserved for the ruler himself.  From this custom comes the expression “pecking order,” which is just one of the many phrases we use in everyday speech that are direct references to falconry.

Where to Experience Falconry

Bloodthirsty and cruel it may seem, but enthusiasm for falconry continues to our day.  Declared an Intangible Cultural Heritage in 2010, falconry is widely practiced in Scotland, New Zealand, parts of Europe, India, China, Mongolia, and Pakistan.  The real epicenter of falconry, however, is in the Middle East, particularly in the United Arab Emirates, where the custom is intricately linked to both the traditions and lifestyle of the ruling sheiks as well as the practical concerns of the Bedouin, who keep falcons to hunt for food.  Falconry, in fact, offers a rare opportunity for these two parts of society to mix.  Abu Dhabi boasts the world’s largest falcon hospital and some of its more accomplished falcons and falconers. 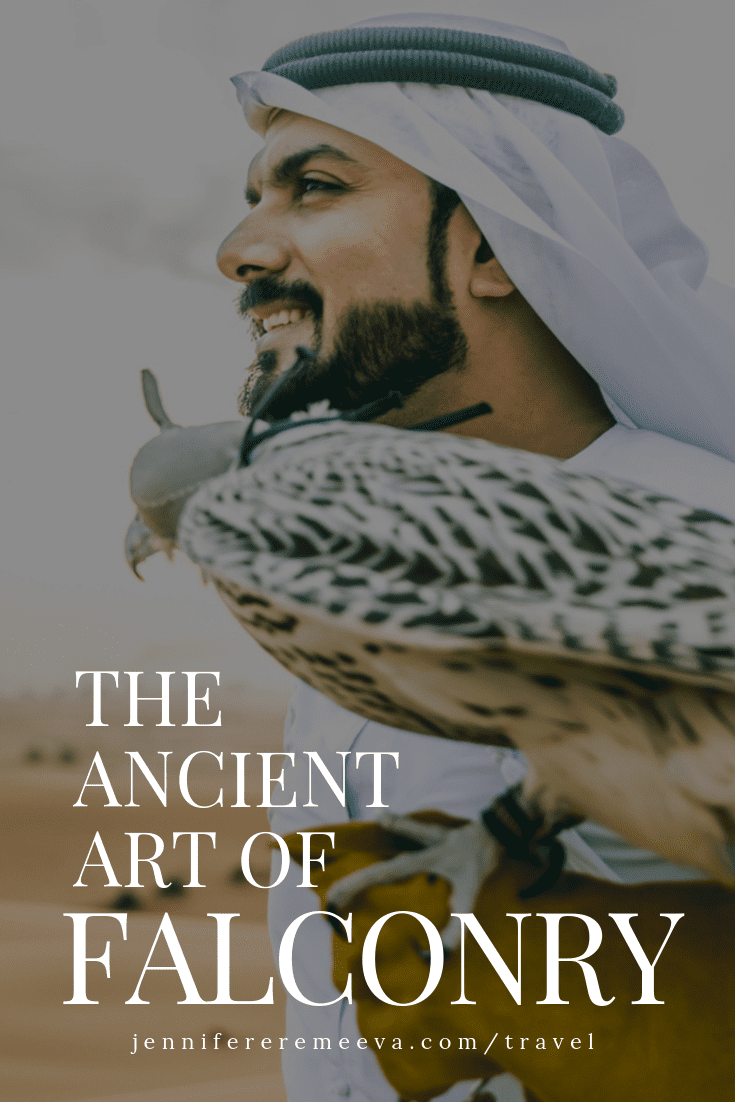 I write about a wide range of topics.  Below, you will find links to the travel, food, and lifestyle sections of this website as well as assortment of recent posts.  I hope you enjoy browsing around!

This post was originally researched and written in partnership with Alexander + Roberts, a leading American tour operator offering a range of itineraries to  The United Arab Emirates, during which guests visit the Falcon Hospital as well as a demonstration of falconry in the Empty Quarter, the world’s largest desert.

View all of my Lifestyle articles
Jennifer RecommendsTravelTravel Articles