How do you make home?

A year ago, HRH and I moved to Riga, which was not a move either of us had ever anticipated making.

I had visited during my cruise ship days, but could not summon up one single association — culinary or cultural —  as I hopped my way across the Atlantic and Northern Europe on a succession of Icelandair planes and their partners, which got smaller and smaller as they approached the tiny Baltic country.

Apprehension mingled with determination, which is a funny mix, not made easier by being on 3 planes for 12 hours.  Our departure from Russia had not been according to our own timetable, but we were hardly alone in that. Most of our possessions were still in Moscow, and I worried about the ultimate fate of items such as my enormous mezzaluna, my Vitamix, and all my books on Russian history.

I was powerless — for the moment — to do anything about my possessions and I tried to focus on my resolve to make sure this new life would be very much on our terms. As the plane landed, I made Riga a deal: if she (I always think of her as she) were willing to meet me even halfway, I would happily bend my entire will to creating our new life and home in short order.

We got off to a rocky start, Riga and I.

The Airbnb I booked us into in the Old City had an enviable location until 9 PM when the Bike Bar below started their first set of live music — mostly an endless line of Elvis Presley impersonators.  This went on to about 2.

Jetlagged and sleep deprived as I was, I nevertheless forged ahead with the to-do list in my mini Moleskine.  First up: find a place to live.  I scoured the internet and ultimately contacted Marike, an agent who agreed to meet me the following day at what looked like a promising flat in the Art Nouveau district.

But the day was windy and stormy; all morning it bucketed down with rain — sheets, and sheets of relentless rain that immediately turned my map of Riga to damp pulp, fogged up my reading glasses, and ruined my careful hair and make-up even before I was across the canal bridge.  The rain and wind made it impossible to admire the famous facades and, catching sight of my bedraggled reflection in the window of a cafe, I felt sure that no one would want to even take a security deposit from me, let alone invite me to be a tenant.

No matter.  I walked into the lobby of the first flat and knew at once that, whatever they might be willing to entrust to me, I was not going to vouchsafe them anything.  A security guard rose from a desk and gave me That Look. The one I’d hoped we had left behind with the Mezzaluna and the Vitamix in Moscow.  He barked at me in fluent, unaccented Russian.

I cowered in a corner, feeling all my buoyancy and resolve melt away with the water dripping from my umbrella and coat.  Then a beleaguered young cleaning woman clad in a bright green apron and shuffling in house slippers pushed a cleaning trolly with a mop and pail in.  The security guard told her that “some foreign woman has just brought in half of the river,” and ordered her to mop it up.

I backed out of the lobby and smack into Marike.

“I don’t think this one is going to work out,” I said after we’d had exchanged greetings.

My heart sank.  I felt like a waterlogged, foreign misfit.  I might have just stayed in Moscow.

“But I have a few more for you to see,” said Marike, “my car is just outside.”

Looking for a great listen as you cook? Take a look at my podcast reviews

Three hours later, I’d made my first friend in Riga, the sun had come out, and we had climbed to the third floor of a lovely building in a quiet courtyard to see a flat with a traditional ceramic fireplace and a great kitchen that I immediately recognized as home.  We agreed to sign the lease on the following day.

“Where can I drop you?” asked Marike, and she was surprised when I answered firmly, “the Central Market please.” 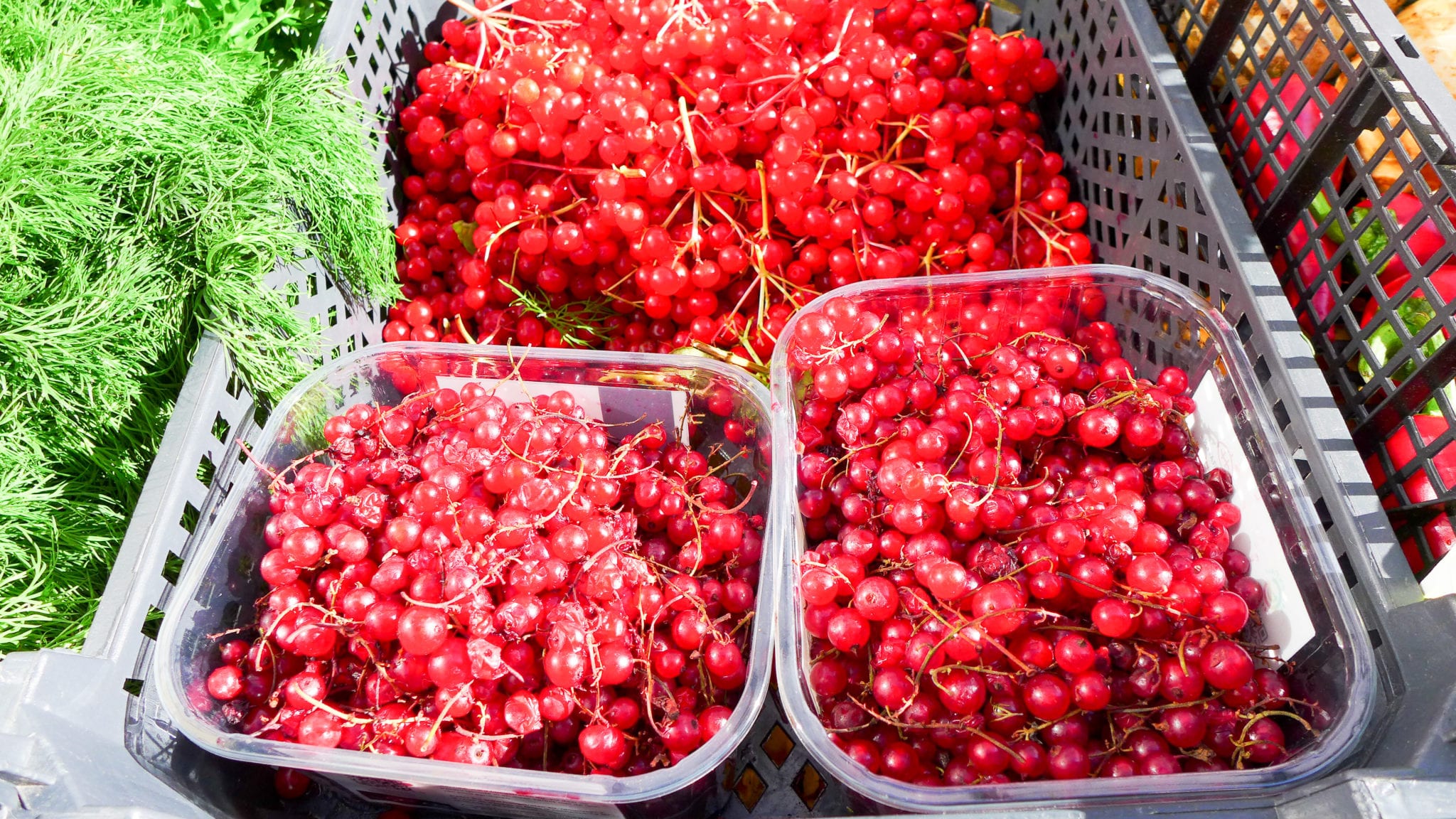 Riga’s Central Market is vast and sprawling — it began life as an airplane hanger.  And it felt like home.  Everyone spoke Russian but in a lovely market person way, not a surly security guard and oppressed cleaning lady way.  On that beautiful autumn day, the outside tables were groaning with tomatoes and mushrooms, and the puddles glistened in the sunshine.  I wandered around, making new friends, figuring out how everything worked, but taking immense pleasure in learning that I already did know.  I tasted things that were old and familiar, such as pickles and smoked fish, and tried new things such as quince syrup and delicious Latvian sour cream.  I bought a spinach pie and sat on a bench in the public gardens watching children play in the playground, and I knew that Riga and I would be fine. 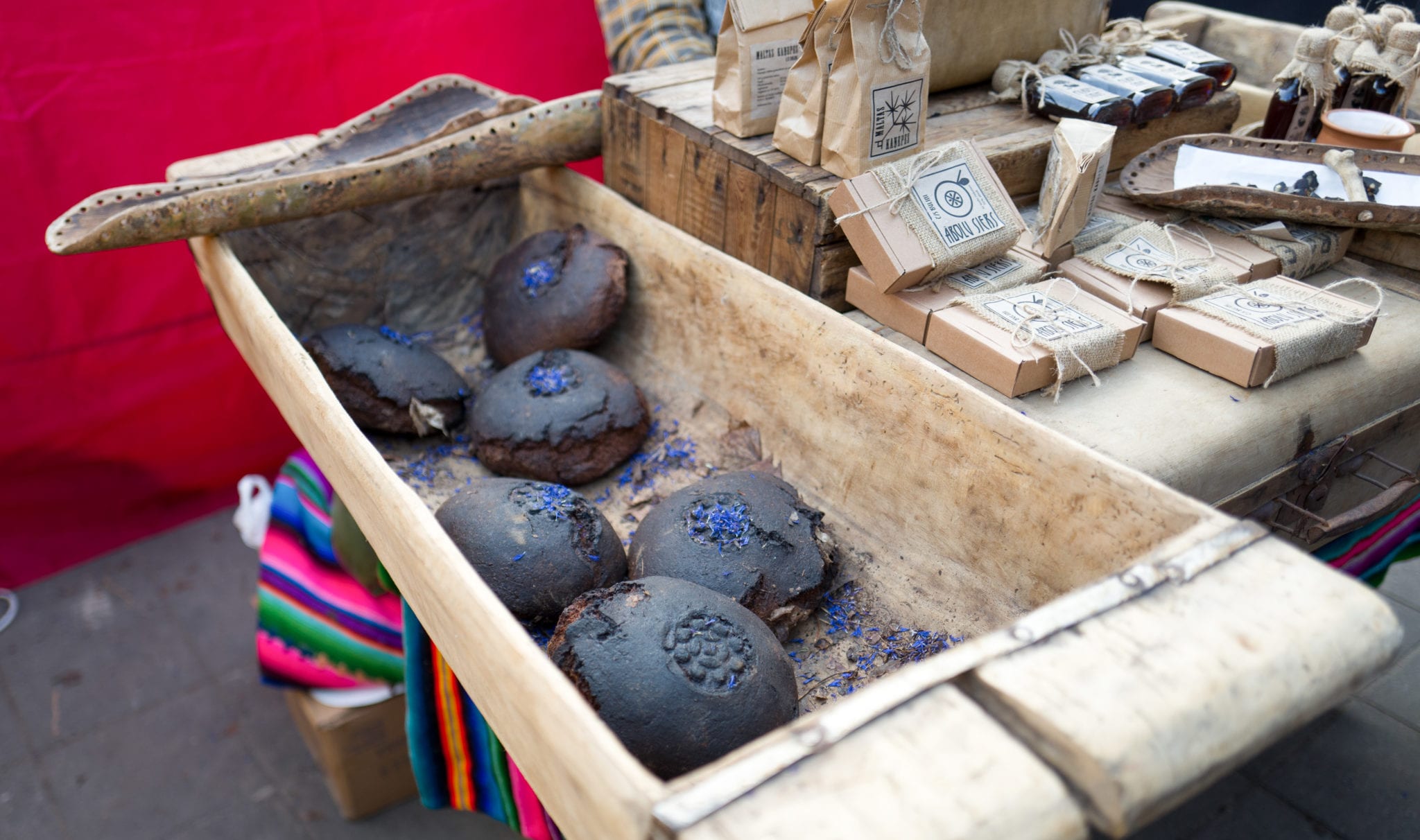 We had come to Latvia in the mellow early autumn, and in those first days, the city wrapped itself around us like one of those weightless but infinitely warm cashmere throws.  In the days before we could move into the new apartment, we spent long afternoons walking the gently sloping curvatures of the city’s public gardens, past the famous Art Nouveau facades, which in their turn wrapped the old town in nineteenth-century elegance. The slanted golden light elongated our shadows across the cobblestones.  We felt happier than we had in years, and we walked hand-in-hand everywhere — even the dry cleaner and the hardware store, as we pieced together our new life.  We had escaped a heavier, more burdensome life for this lighter one that flowed in front of us like the placid waters of the canal.  The mezzaluna and Vitamix faded from my memory. 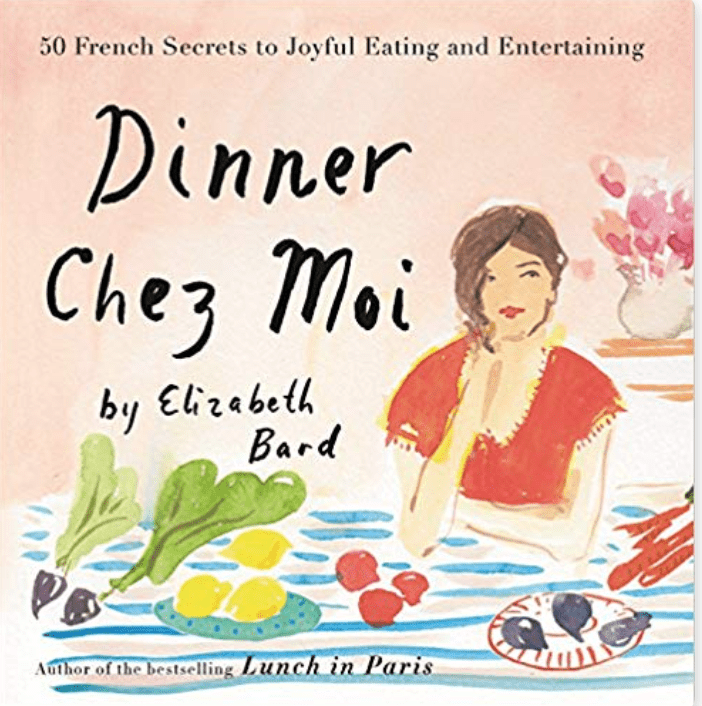 Once I got our few things unpacked, and made a trip to a restaurant supply store, I was ready to christen our new kitchen with Elizabeth Bard’s  Sausage & Lentil Stew.  What better dish to inaugurate our new life in Riga than this ultimate comforting stew, created by another American expat writer making a home far away (albeit one with a slightly softer billet in Paris and Provence)?

I first discovered Elizabeth’s cookbook, Dinner Chez Moi at a friend’s house and painstakingly copied the recipe for this stew into one my notebooks, then promptly lost it.  I forgot Elizabeth’s last name and the name of the book for a few years until I stumbled on her first memoir, Lunch in Paris, a Love Story with Recipes.  If you’ve ever fallen in love with someone from another culture, the book is sure to resonate.  When I finally got the recipe back (taking a picture of it with my phone this time!) it became an autumn and winter favorite.  I played with the ingredients, based on what I could find wherever I was and riffed infinitely on the sausage theme.  It seemed eminently appropriate for our new Latvian home, where the national dish is a cousin: peas and pork.

*The kind of sausage I use varies widely depending on where I am when I make this stew. Bard recommends a “good quality smoked sausage,” which in her Provencal location means those gorgeous French garlic sausages. In Latvia, I tend to use a traditional link of Slavic kielbasa (kолбаса), which is milder, so I up the garlic. In America, I’m fortunate to live near Pekarski’s Sausage in South Deerfield, MA. They make fantastic sausages and kielbasa, and I use a combination of their Italian and smoked kielbasa. When I'm in the US and can afford it, I order a large Fabrique Delices Garlic Sausage, which is pricey but goes beautifully with the lentils! Like all such stews, this is even better the next day, and the next, and the next…so make a ton.
Tried this recipe?Mention @jennifereremeeva or tag #destinationenrichment!

This may sound overly-sentimental, but those first days in Riga reminded me of what I should already have known very well by then: home really is defined by what you bring with you — not in cardboard boxes and suitcases — but the intangibles: the traditions such as starting the day with a big pot of tea, the routines, such as gathering around a cheerful fire in the evening, and for me, especially, its the familiar recipes that make wherever I am seem like home. 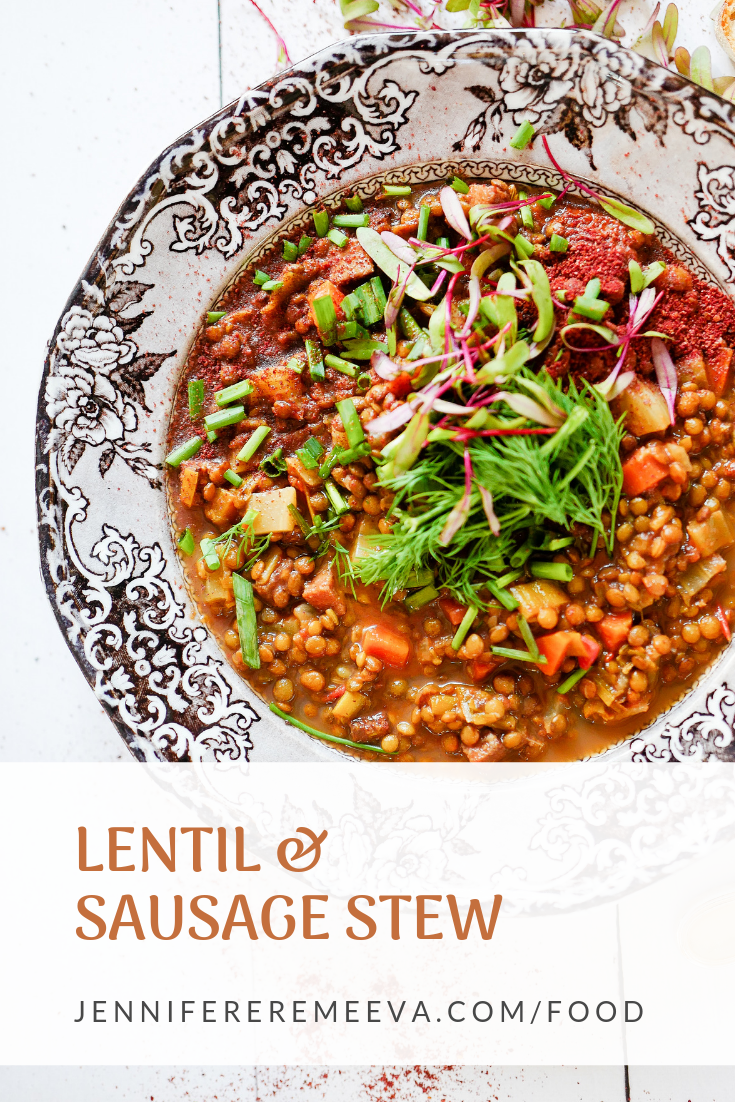 Which comes first: you move abroad because you’ve read Moveable Feast, or you read Moveable Feast because you’ve moved abroad?  I’m not sure, but I know that among the 800 books I gave away from my Moscow collection were a number of really great expatriate reads.  In addition to Elizabeth Bard, the books below capture the joys, sorrows, and frustrations of being an expatriate trying to make a home.  Oh, and my own Lenin Lives Next Door: Marriage, Martinis, and Mayhem in Moscow!   Enjoy! 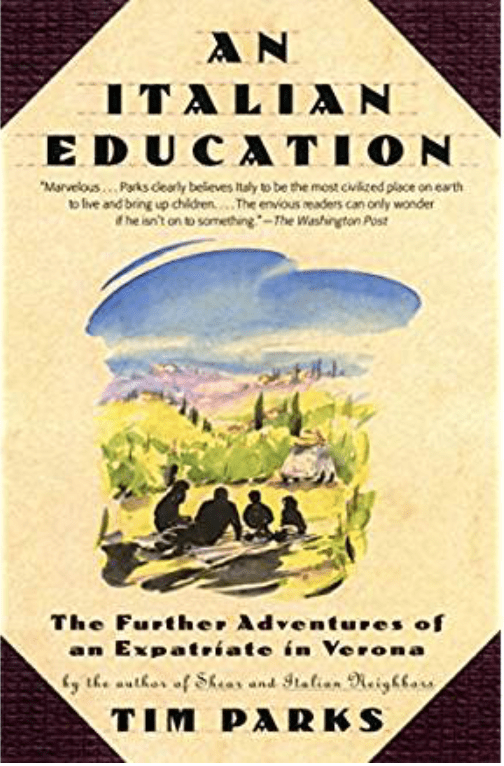 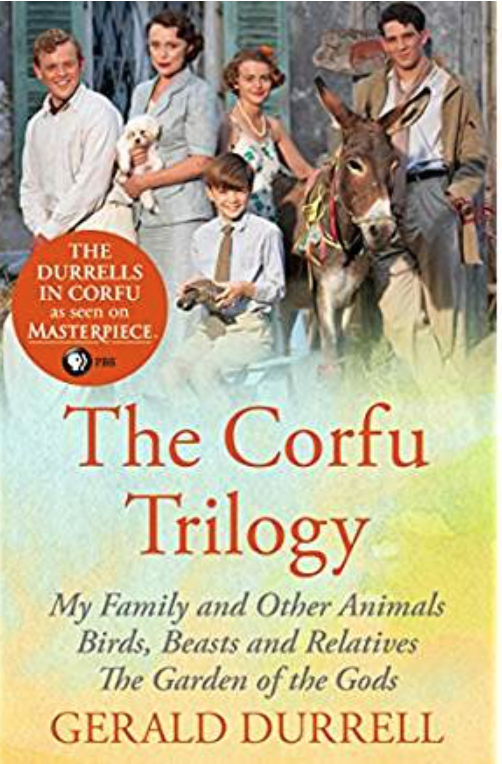 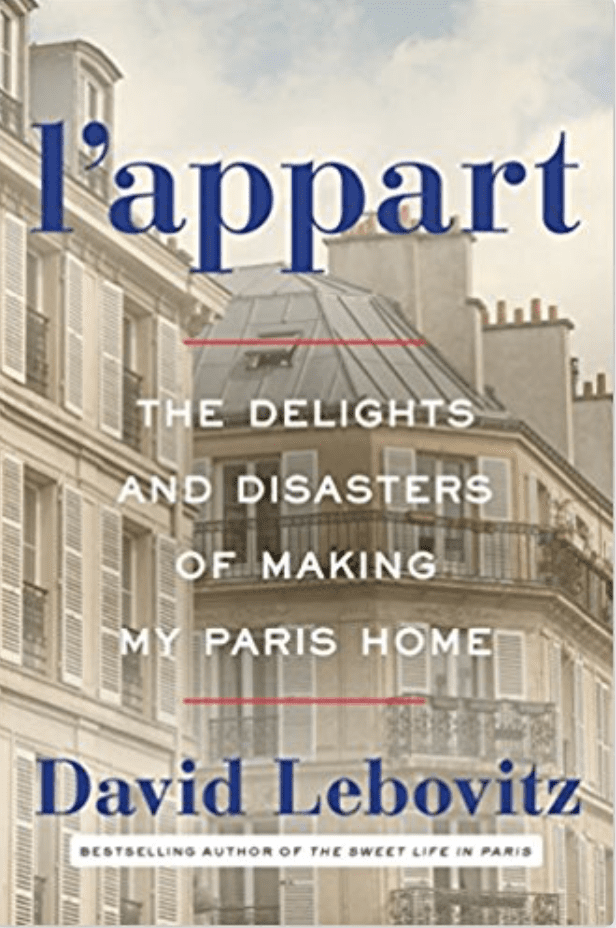 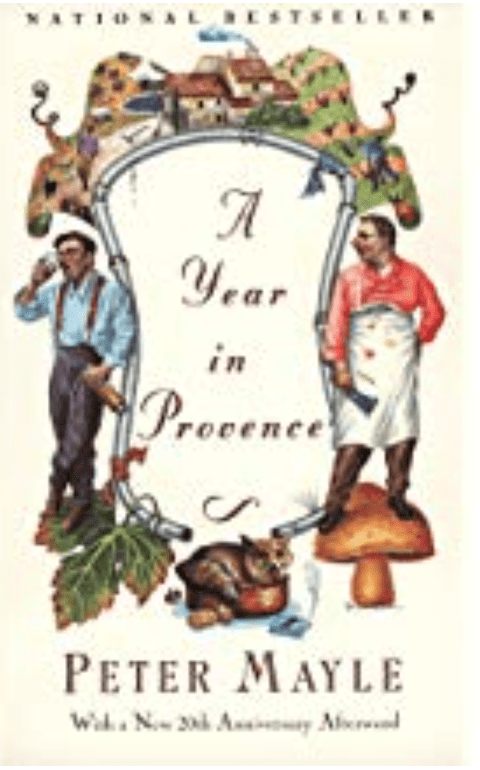 This recipe is based on Elizabeth Bard’s Lentil and Sausage Stew from Dinner Chez Moi.

These are original photos by Jennifer Eremeeva.

View all of my Lifestyle articles
Book ReviewsHistoryJennifer's Podcasts