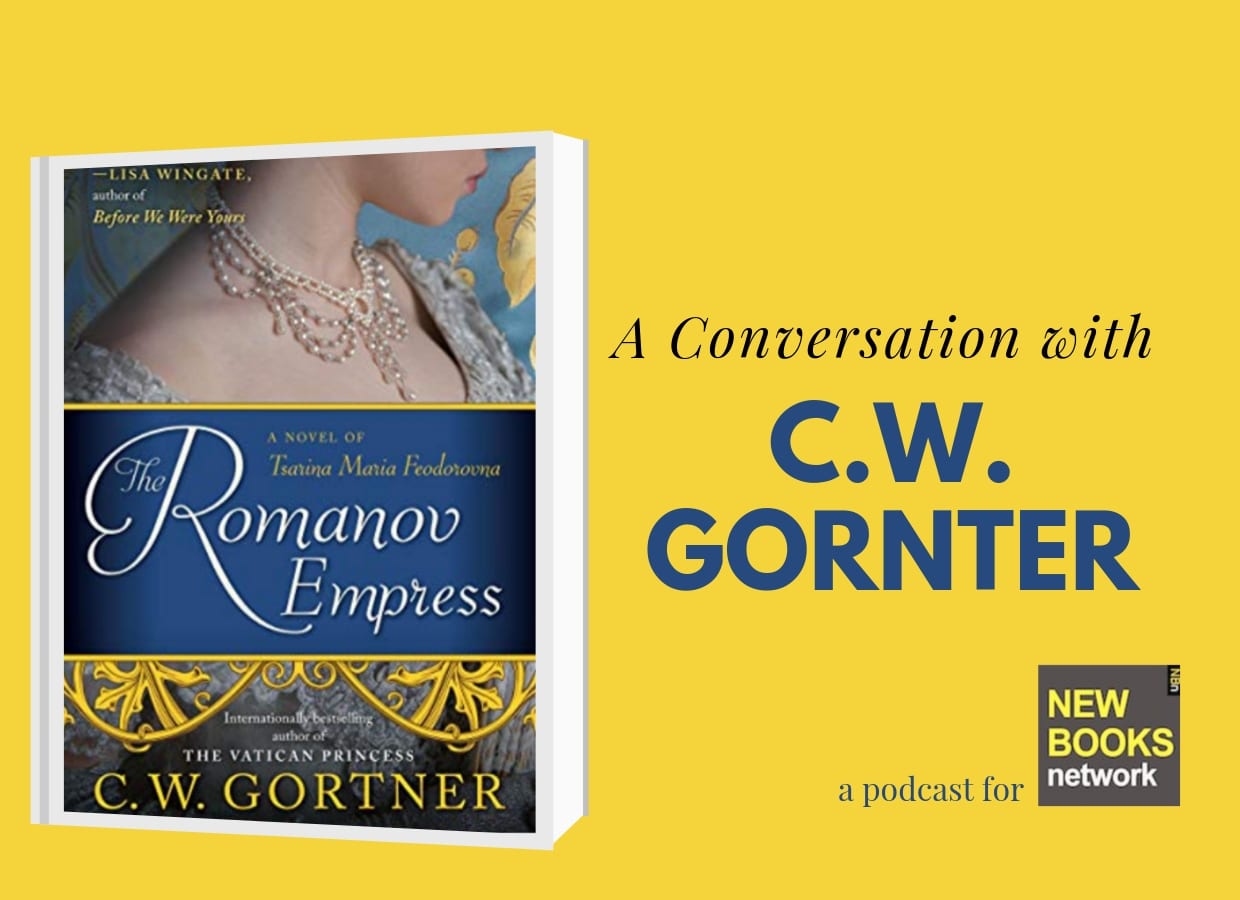 The Romanov Empress:
A Novel of Tsarina Maria Feodorovna

101 years have passed since the murder of the Imperial Family of Russia at Yekaterinburg, but their appeal has not diminished.  Indeed, interest in the Romanovs is at a historic high as television and the Internet age enables ever more devotees to discover the sepia-tinged appeal of Tsar Nicholas II and his doomed family.

Less attention is devoted to the members of Nicholas’s family of origin, including many who survived the slaughter of 1917, escaping Russia for lives of exile in Europe and North America. And of these, no one is more fascinating than Nicholas’s own mother, Dowager Empress Maria Feodorovna, the Danish princess who captured the hearts of Russia when she arrived to marry the heir to the throne, Grand Duke Alexander Alexandrovich in 1866. 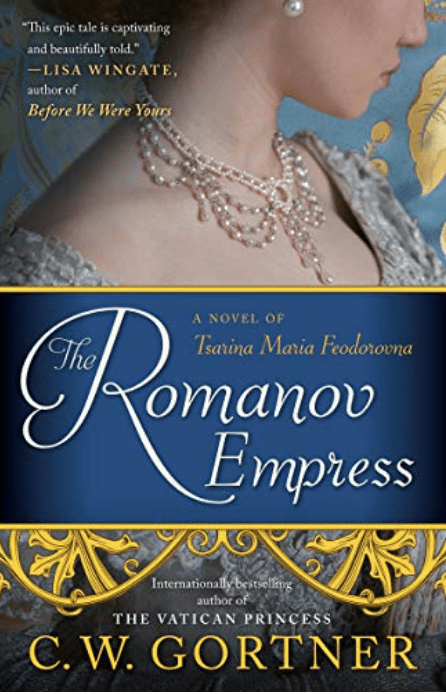 C.W. Gortner‘s latest novel, The Romanov Empress, A Novel of Tsarina Maria Feodorovna, goes a long way to addressing this disparity.  The novel is an exceptionally well-researched, masterfully crafted account of Maria Feodorovna from her upbringing in a cozy and modest childhood home in Denmark — which she shares with her sister, Alix, destined to be Britain’s Queen Alexandra — to her final bittersweet moments in Russia in 1918.

Gortner endows Maria Feodorovna with the ability to see more than one side of an argument, and through her interaction with her father-in-law, the Tsar Liberator Alexander II, the reader gets keen insight into the urgent need for political and social reform in Imperial Russia.

The tragic early death of Maria Feodorovna’s husband leaves her eldest son, Nicholas, woefully unprepared to assume the throne.  Gortner deftly draws the inevitable clash of wills between Maria and Alexandra, ‘Nicholas’s stubborn but strong-willed wife, who comes to entirely rely upon the Mad Monk Rasputin.  This struggle between the two women successfully drives the second half of the novel as war and revolution begin to overshadow the gilded Romanov world. 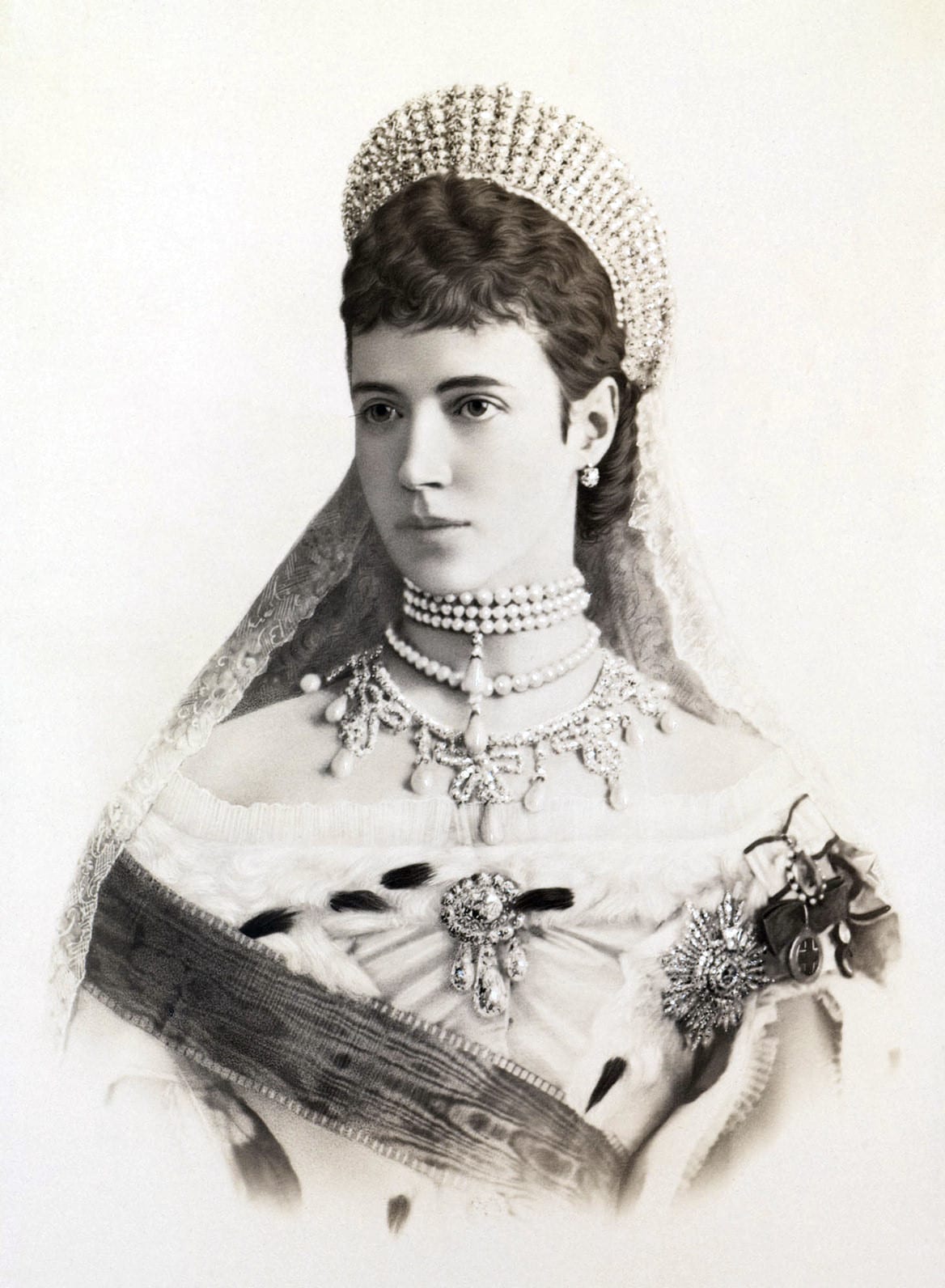 Gortner’s research shines through The Romanov Empress, and the resulting novel is several notches above many other attempts to recreate the hermetically sealed world of Tsarskoye Selo and the Winter Palace in terms of both quality and accuracy.  His cameo portraits of the sprawling tribe of Romanovs are spot on — particularly that of Maria Feodorovna’s sister-in-law and sidekick, the redoubtable Grand Duchess Maria Pavlovna the Elder.  But at the heart of the novel is Maria Feodorovna herself — by no means perfect but trying hard to do what is right for the family and the country she loves in almost impossible circumstances.  Romanov fans will rejoice in this welcome addition to the canon.

Listen to a similar interview: The Lost Daughter by Gill Paul

Maria Feodorovna with her husband, Tsar Alexander III and their children

Enjoy my conversation with C.W. Gortner 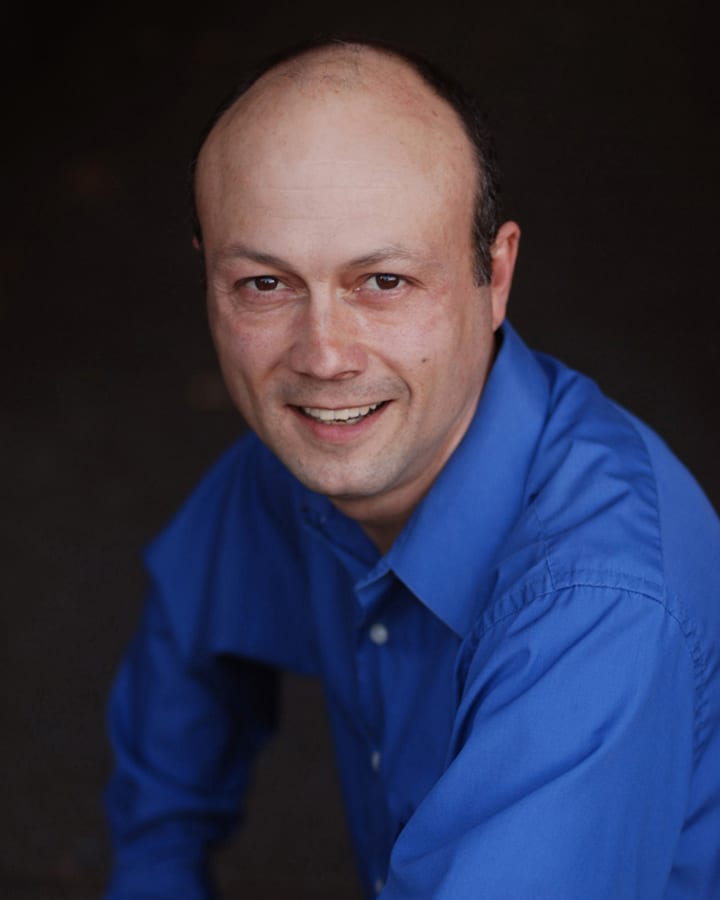 C.W. Gortner holds an MFA in Writing with an emphasis in Renaissance Studies from the New College of California, as well as an A.A. from the Fashion Institute of Design and Merchandising in San Francisco. In 2012, he became a full-time writer following the international success of his novels.

In his extensive travels to research his books, he has danced the galliard at Hampton Court, learned about organic gardening at Chenoceaux, and spent a chilly night in a ruined Spanish castle. His books have garnered widespread acclaim and been translated into twenty-one languages to date, with over 400,000 copies sold. A sought-after public speaker. C.W. has given keynote addresses at writer conferences in the U.S. and abroad. He is also a dedicated advocate for animal rights.

Learn more about C.W. Gortner by following him on  Twitter or Pinterest, where he has amassed an impressive array of Romanov photographs.

These four books go into depth about Maria Feodorovna. See my Romanov Reading List link below for a longer list.

Coryne Hall’s meticulously researched biography of Maria Fyodorovna is a must-read for those looking to delve deeper into the consummate Romanov Empress.

Caroline Boggis-Rolfe’s magisterial history of the Baltic Sea finishes with the march towards revolution, seen through the lens of Maria Feodorovna.  See my review and podcast discussion with Caroline here.

An engaging biography of Marie Feodorovna’s daughter, Grand Duchess Xenia, who escaped Russia in 1918 with her mother.  Xenia’s husband Sandro’s memoir Once a Grand Duke are a key primary source for the twilight of the Romanovs and both appear in The Romanov Empress.

Read more about The Romanovs

I've curated the best biographies, autobiographies, studies, and photograph albums of the Romanovs, with a heavy lean on Nicholas and Alexandra and their family. You'll find all memoirs of the Imperial Family and their retinue here, as well as a complete list of photograph albums and coffee table books. This is updated two or three times a year to reflect new releases.