Solyanka — the Slavic bouillabaisse a little bit of everything… 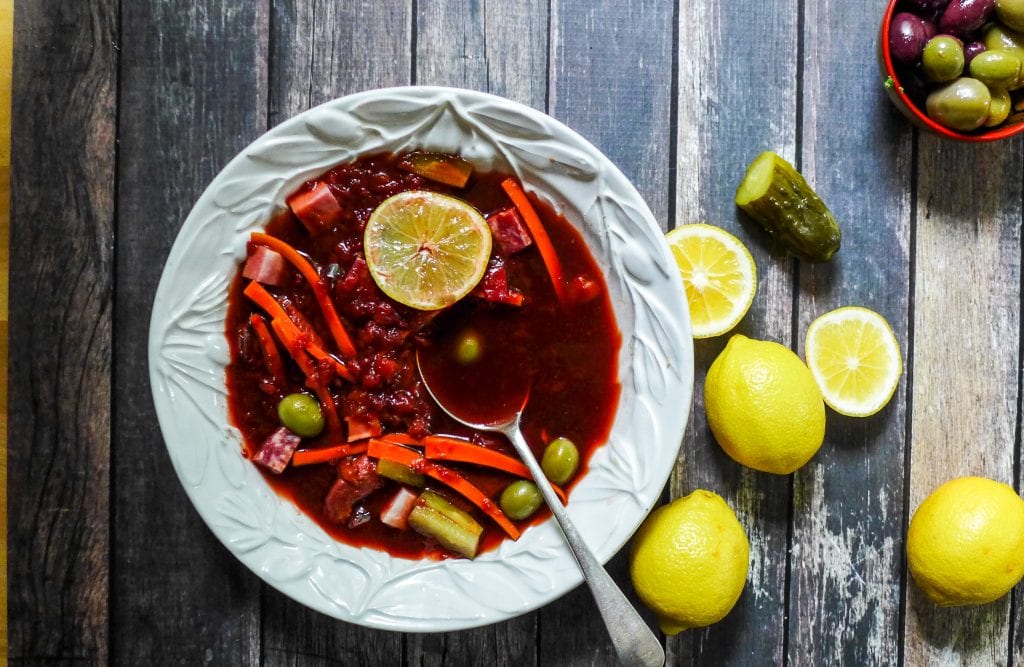 To the Western mind, the idea of a workplace canteen seems bizarre, but what the corner bistro is to Frenchmen, the Soviet “stolovaya” or canteen is to any Russian worth his salted cucumbers.

Lunch is the main meal of the day in Russia and always consists of a first course: salad or pickled vegetables, followed by a substantial bowl of hearty Russian soup, then the main course of meat and potatoes, and a dessert.    Based in the workplace, the stolovaya serves up a classic Russian lunch at affordable prices to its employees and heralds the lunch hour by pervading the building with cooking smells.  In the Soviet era, enterprises, factories, and ministries were all housed in large, self-sufficient buildings, which, combined with the scarcities of small restaurants catering to the lunchtime clientele, made the stolovaya the only option for a midday meal.

When I first arrived in Russia, I worked in a small office in the center of the city: part of a warren of basement-level storerooms.   Despite the makeshift nature of building, all of the tenants were entitled to a three-course hot lunch provided by Svetlana Vladislavevna, a rotund woman with a vigorous, coal-black mustache and gold teeth, who operated in a space about as large as she was equipped with one stove ring and a tap, and not a lot else.  Nevertheless, her soups were legendary:  none of us would have missed coming into the office – for lunch anyway – especially on Friday’s for Svetlana Vladislavevna’s fish solyanka: the Slavic bouillabaisse, clubbed together from the ubiquitous winter stores of Russian salted vegetables including a hearty fish and tomato broth with olives, pickled cucumbers, lemon slices, mushrooms and poached fish chunks. 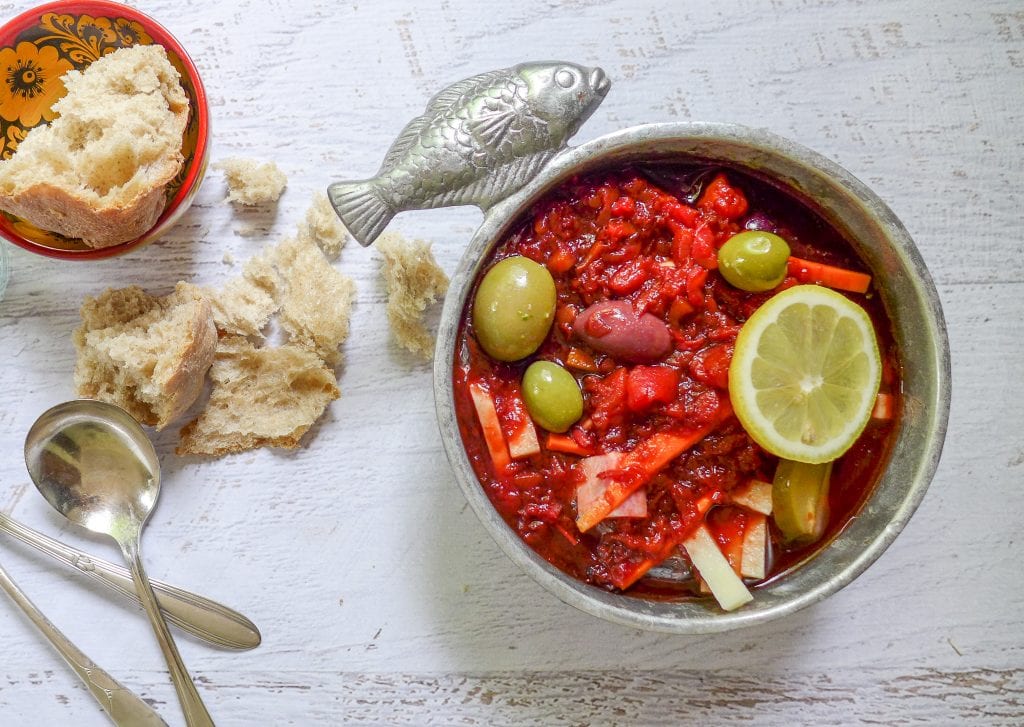 Sources differ as to the origin of the word “solyanka,” which most people take to mean “salty” from the Russian word “sol” or salt.   Another version suggests that the original name may have more to do with the word for village, or “selo.”  Like all Russian soups, the recipe is not carved in stone, but rather each town, and each Svetlana Vladislavevna make it their own.  Solyanka can also be meat based, with sausages, ham, or beef chunks, as well as marinated mushrooms.  The salted cucumbers, olives, and lemon slices give the soup its distinctive tangy and sour taste, and the rest is up to the cook.  Perhaps this is why the formal name of the dish, “Sbornaya Solyanka” or “mixed soup” has come into the modern Russian lexicon to mean “mixed bag” or “hotchpotch.”

This piece first appeared in French in La Russie d’Aujourd’hui and Le Figaro on October 10, 2010 under the original title, “Dans le fourre-tout de la villageoise” and a link to the original version can be found here.