The time has come for a frank discussion about mayonnaise. 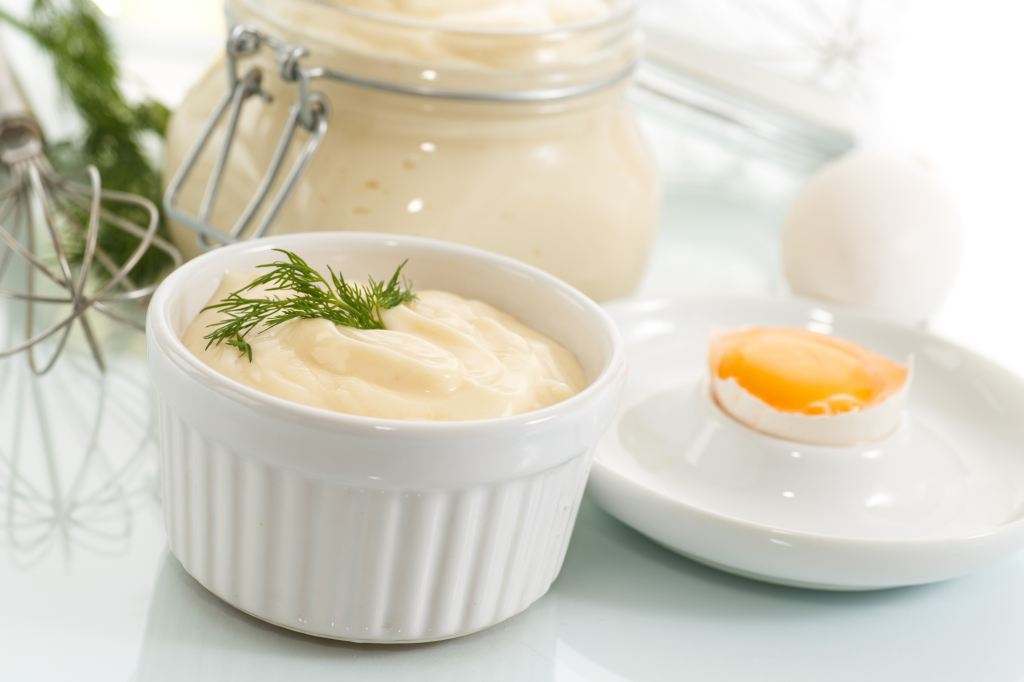 Or, more specifically, the role of mayonnaise in Russian cooking.

And even more crucially, how mayonnaise has been woefully perjured, misused, and bastardized in Russian cuisine for the past 100 years.

This is the kind of thing that earns me fewer and fewer fans amongst my Russian readers. But I feel strongly about the issue, and I’ll be going head-to-head with a hardcore mayonnaise fan, Karina Baldry of Russian Revels next week in London (or “Laaaaaaaaaaaannndon” as fans of Lenin Lives Next Door: Marriage, Martinis, and Mayhem in Moscow will recall).  We’re going o have an interesting discussion about Russian culture through cuisine at Pushkin House, but we are also going to Have It Out Once And For All about mayonnaise. So, I figured it was time to bone up on the subject.

As most Americans know, when in doubt, consult Julia. That’s Julia Child, author of Mastering the Art of French Cooking, Volume I: 50th Anniversary.

“Mayonnaise like hollandaise is a process of forcing egg yolks to absorb a fatty substance, oil in this case, and to hold it in a thick and creamy suspension.”

What an amazing description — almost a call to action. Julia goes on to offer her signature detailed breakdown of just how to achieve this miracle, and I think it is worth repeating here:

A Short Hiistory of Mayonnaise in Russia

Mayonnaise came to Russia via the French chefs, who were fashionable must-haves in the aristocratic kitchens of the later half of the 19th century and first 14 years of the 20th century.   There is some confusion between what we know as mayonnaise and what we recognize as aspic, as the term “majonez” was used during this period to describe an elaborate dish made of cold meat or fish in aspic, while mayonnaise was referred to in Russian as “Sauce Provençal.” Further confusion emerges when chefs combine both aspic and mayonnaise into one dish, as did the master Belgian chef Olivier, when he created the dish, which in many ways defines Soviet cuisine, his eponymous “Salat Olivier.” In the original recipe, Olivier combined the exotic flavors of crayfish and grouse in a special sauce, which was a carefully-guarded secret, but which P.P. Alexandrova-Ignatieva suggests in her 1909 seminal work “The Practical Basics of the Culinary Arts” contains both a light caper-flavored mayonnaise and cubes of aspic.

With the Bolshevik Revolution, however, the French chefs fled, and Russian cuisine changed irreparably from lofty and creative fantasy to practical down-to-earth workers’ canteens where innovations such as refrigeration and modern canning and preserving helped to serve simple fare to thousands. Mayonnaise went from a carefully-confected and delicately-flavored sauce made from the best ingredients to a mass-produced, durable condiment made from sunflower oil (yech) and was used almost as much as Russia’s signature sour cream.   Mayonnaise’s popularity may have something to do with the fact that in most parts of Soviet Russia, fresh meats and vegetables were not easy to come by and the average housewife relied heavily upon tinned foods.

“How do you feel about mayonnaise,” I asked HRH, (my “Handsome Russian Husband.”)

“I hate it,” he responded vehemently.

“I hate it from military school because it was the thing we used to make things that tasted awful go down easier.”

Mayonnaise’s greatest virtues, then, for Soviet cuisine became its ability to both blanket flavor and lubricate less palatable ingredients.

Despite the introduction of better quality ingredients and a wider range of condiments, the Russian passion for mayonnaise has not abated, which you can readily discern from the entire aisles in supermarket stores heaving with all kinds of flavored mayonnaise, behind which, somewhere, lurk the 2 or 3 types of french mustard.

Don’t get me wrong — I like mayonnaise as much as the next non-Russian and to prove it, here are my top 5 favorite ways to consume mayonnaise:

1.       In a tunafish sandwich on toasted rye bread with thinly-sliced cucumbers. Scrape a thin layer of mayonnaise over the toasted bread so that it does not become soggy

2.       In Bavarian potato salad — equal parts of mayonnaise and sour cream with a tiny bit of curry powder for bite. Yum-yum!

3.       In a chicken or turkey sandwich made from the remains of a roasted bird. Team with crusty wheat bread and romaine lettuce.

5.       In an egg salad sandwich — a little cayenne pepper, chives, a little Dijon mustard and a nice, healthy dollop of mayonnaise. 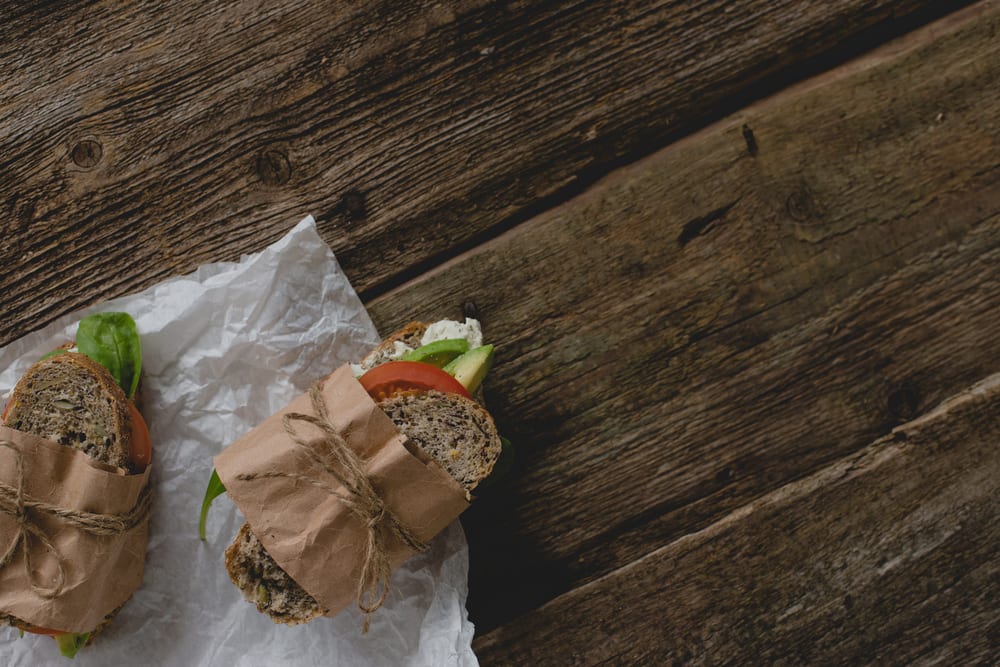 This sandwich is begging for some mayonnaise!

Compare these with the top five places I encounter mayonnaise in Russia:

1.     On/In soup. As in, the soup goes into the bowl, then a dollop of mayonnaise and some fresh herbs (the herbs if you’re lucky). The result is an immediate infusion of grease.

2.    As a marinade. One of HRH’s female relations is a big mayonnaise fan, and one of her favorite ways to use it is to coat any kind of meat, fish or game with a thick layer of mayonnaise and then bung it in the oven and cook it for about 4 hours. The result is something that feels like industrial slime on the outside and sandpaper on the inside. I don’t know how she does it.

3.    As a garnish for sardines. You see this a lot in the groaning zakuska table. Sardines are decanted from the tin and arranged on a platter, then the earnest hostess pipes generous dollops of mayonnaise over the oily skin of the sardines.   Talk about gilding the Lilly.

4.    On fried eggs. I know…it’s like taking your own samovar to Tula, right? You don’t believe me????   Head down to the Starlite Diner mid-morning on a Sunday and take a look!

5.    On the table. Like the salt and pepper is on the table. Just…kind of there in case you might need it.   Yes, really.

Are you mayonnaise fans? Do you think it makes a good marinade? Have you tried it as a hair conditioner? Have you tried it in chocolate cake, which is rumored to be out of this world! Weigh in by hitting the comment button below — I’d love to hear your favorite ways of consuming this beloved Russian condiment!

If you are in Laaaaaaaaaannndon on November 12, 2014, join us for The Great Mayonnaise Debate at Pushkin House with Russian Revels, who will be serving up their own signature Salat Olivier! 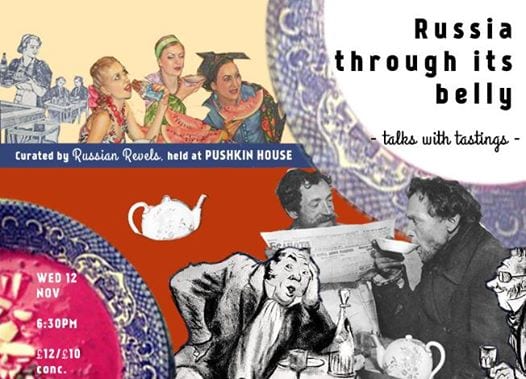 Join Us at Pushkin House for The Great Mayonnaise Debate!