Lent is not the best time of year to be in the food business in Russia. 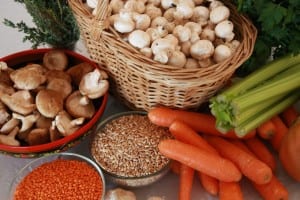 As late winter makes its agonizing way towards early spring, Russian Orthodox Christians are preparing for the 40-day fast known as “Great Lent,” the most significant of the four great fasts the Church observes.   Great Lent follows the traditionally boisterous 7-day “Butter Week” or Maslinitsa, which is Russia’s version of Carnival or Mardi Gras, characterized by colorful costumes, games, and the ubiquitous pancakes cooked in rich butter, which symbolize the sun and everlasting life.  Great Lent, in contrast, is a quieter, more contemplative period of sober reflection.  The interiors of churches are darkened, and the clergy don more sober vestments of purple and burgundy.  Liturgical music, in its turn, becomes more somber, slow paced and based in the minor keys.  During Great Lent the faithful abstain from certain behaviors, pastimes, and many foods in commemoration of Christ’s 40-day sojourn in the wilderness, and in preparation for the triumphant celebration of his death and resurrection during Holy Week, which culminates in Easter.

“Coming after Maslinitsa, Great Lent is a good wake up call to get us back into spiritual shape,” explains The Very Reverend Archimandrite Zacchaeus (Wood) – Dean of the Church of St. Catherine the Great Martyr in-the-Fields. “The Church in her wisdom shows us that the spiritual and physical are uniquely connected.  If a person doesn’t physically fast during Lent, it is difficult for him to feast spiritually during Easter.”

While Great Lent is firmly rooted in the Christian tradition, and its tenants were established by the Church fathers in the Middle East, the fast seems also to be in harmony with the more ancient rhythms of the Northern European agrarian calendar.  Fasting and semi-hibernation in late winter was a fact of life for Russians until comparatively recently.   Winter stores of meat and fish dwindled, and dairy products usually appeared only after spring calving or lambing. This left rural Russians with a staple diet of root vegetables such as carrots, potatoes, beets, and turnips, and grains.  Great Lent runs along these lines.   Meat, dairy, fish, alcohol, and olive oil are all forbidden.

In the last decade, Russians have embraced Great Lent wholeheartedly, many recognizing both the spiritual and the physical benefits of the 40-day ritual.  Restaurants and cafes have discovered a commercial upside to Great Lent in the successful Lenten menus they offer to their customers during this period.

Still, coming up with menu options that don’t include meat, dairy, or oils seems like hard work to me. The agnostic chef in me is looking for loopholes, and there are some: eggs and other oils such as vegetable and canola are definite grey areas, and shellfish is permitted.

“Okay, technically you can have a wonderful meal of lobster with drawn margarine,” admits Father Zacchaeus with a smile when I press him, but he is at pains to explain that fiddling ingredients is not what Lent is all about.  Nor, he cautions, should Lent should be seen, as many do in Russia, merely as an effective way to take off a few pounds before bikini season.  “It’s not a diet,” he explains, “it’s an ascetic effort.”

Duly chastised, I set out to make two traditional Lenten dishes according to the tenants set down by the Church and I am delighted with the results!

This post first appeared in French in La Russie d’Aujourd’hui and Le Figaro on February 15, 2012 under the title: “Le Grand Careme, un defi pour l’omnivore.”  A link to the e-paper version of this article can be found here.