A Short History of Dieting In Russia 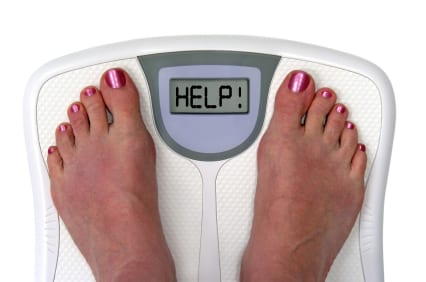 Dee Dee, a new expat arrival to Moscow, caught me in a sour mood.

“Is there a Jenny Craig in Moscow?” she wailed.

“Of course,” I quipped back, “I’m amazed you didn’t notice it – it’s right there on Red Square, between Target and Whole Foods.”

“There’s a Target in Moscow?” she asked breathlessly.

Alas no.  There is no Target in Moscow. There is no Jenny Craig, nor even one single Weight Watchers meeting.   If you are feeling homesick for the US, there is a McDonald’s on almost every street corner, KFC, Dunkin’ Doughnuts, TGI Friday’s, Pizza Hut, Subway, and a newly opened Chili’s on New Arbat Street.  Moscow is the last place in the world you want to try and diet:  it takes twice as long to lose a kilo as it does a pound, you can’t walk anywhere, it takes four hours to drive to the gym, everyone drinks too much, and stocking your kitchen with fresh fruit, lean meat, and whole grains is three day marathon.  Is it any wonder expat women are constantly struggling to take off some weight?

I met Dee Dee for a latte, and after much persuasion, Larissa the Barista at Starbuck’s on Tverskaya made them with 1,8% milk instead of the usual 3,5%.  Feeling guilty about my earlier mood, I slid two yellow packets from my horde of imported Splenda over the table to Dee Dee who behaved as if it was Grade A Beluga Caviar.

“I’ve been here two months,” she complained, “and I’ve put on ten pounds!  I didn’t notice at first because the scale in our hotel room was in kilos – I actually thought I’d lost some weight — but then our container arrived with my regular scale and I was horrified.   Do you think it could have been recalibrated during the voyage?”

“I can’t find any low-fat food anywhere – everything in the restaurants is either deep fat fried or swimming in butter or sour cream, and where are all the low-fat products?  The yogurt is like 5% !”

“That,” I said putting on my chef’s toque for a moment, “is by way of being a hallmark of quality here – high-fat content is an indicator that the product has been made with good materials.”

“Bunch of hooey,” retorted Dee Dee, “Look at all those skinny girls out there,” she waved her hand towards Tverskaya Street, “are you telling me they subsist on 5% milk and deep fried everything?”

“They are the Banana Generation,” I explained, “that’s why they are so tall and slim.”

The dubious Banana Generation theory is a soothing balm to every expat woman who ever warily eyed her husband’s new twenty-six year old 5’10”, 89-pound secretary. According to the theory, the generation of children who are now abnormally tall and enviously slim were entering puberty in the years just after perestroika, when vassal states such as Cuba were repaying their debt to Russia in fruit, flooding the previously barren Soviet shelves with affordable bananas.  Russians, who to this day regard a glut in anything as a license to stockpile as if the apocalypse were scheduled for the next day, loaded up their shopping bags with bananas and force fed them to the small children in their care.  And, the theory runs, there is something in bananas that produces abnormally high growth spurts in early adolescence.

“That’s ridiculous,” scoffed Dee Dee.  “If that were true, the boys would all be abnormally tall, and I haven’t noticed that.”  She tilted her head towards a pair of diminutive pimpled young men at the next table engrossed in a video game.  “You’re holding out on me, there must be some kind of diet help here.”

Indeed there is.  In twenty years, I have seen hundreds of diet fads come and go. In the early 90s there was “Gerbal Laif,” with hyperactive salesmen in the Moscow metro wearing buttons on their grimy leather jackets proclaiming, “Want to Lose Weight – Ask Me How!”  I often wondered if anyone had ever asked how given that Russians would rather have a colonoscopy than converse with a stranger in public.  As “Gerbal Laif” declined, a revolutionary program known as “New Vays” took its place.   Skeptics like HRH noted that “New Vays” was remarkably similar to “Gerbal Laif” with its powders and potions, all of which turned out to be manufactured from outdated talcum power at a dubious factory outside Minsk.   Diet pills from Thailand enjoyed huge popularity until a spate of hospitalizations and an enterprising yellow journalist put the kibosh on them.   A number of my svelte acquaintances tried the “Extrasens” or hypnotist, where they were told that their biorhythms were severely unbalanced and that only twelve sessions with her – twelve sessions minimum – could rectify their organism to accept weight loss.

The advent of clean-living Vladimir Putin introduced the briefly popular Kremlin Diet—an innovative program that eliminated sugars, starches, and alcohol, leaving protein and vegetables as staples.  This was completely eclipsed, however, by the arrival of the Atkins Diet.  Finally, a diet made for Russians!  Go ahead, said the Atkins people, eat that pork fat, drink that sour cream – as much as you want! Wash it all down with vodka, just don’t, for God’s sake, have a banana!

Dee Dee and I hit upon a very expat solution.  We created our own Weight Watchers-type support group, easily recruiting other expats as members.  We met a few times for weigh-ins and discussions, but it quickly spiraled into a wine drinking/moaning about the servant problem evening.

Which, of course, is how we piled on the kilos in the first place.

This article was first published in Russia Beyond The Headlines under the title “A History of Dieting” on May 24, 2011.  A link to that online version can be found here.