One of the great joys of shopping in Moscow’s colorful farmers’ markets is the element of the unexpected. 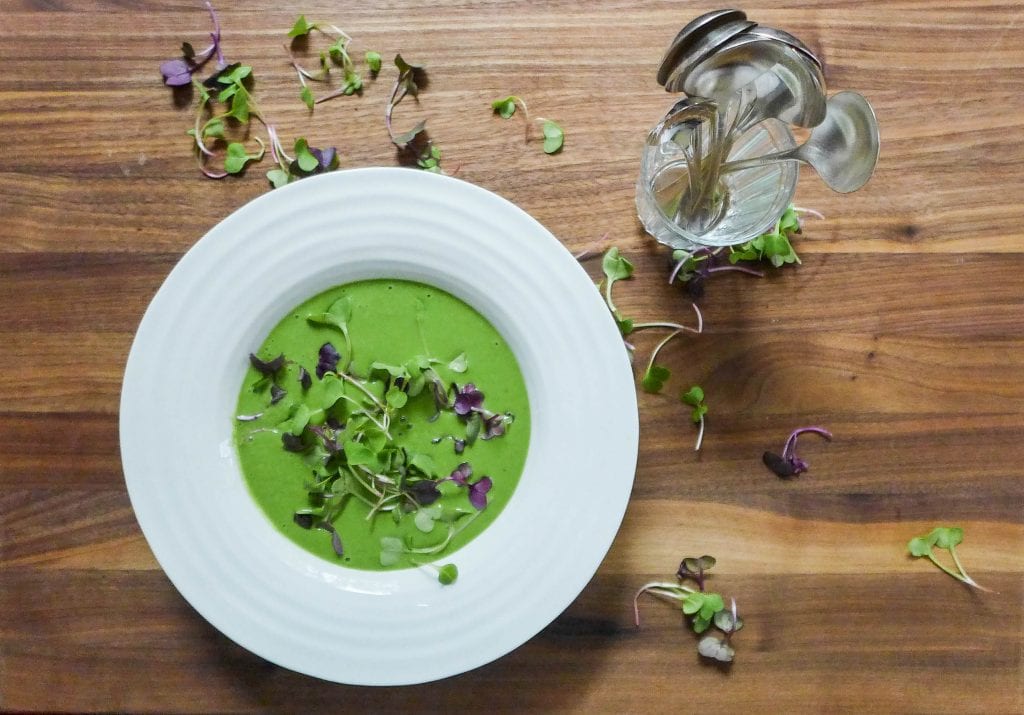 Sure, I menu plan, and make a list, but I’ve trained myself to be flexible enough to blow with the wind, or, in this week’s case, with the watercress.

I spotted it on one of the market stalls at Leningradsky Market, to which I’ve returned recently after a hiatus of about ten years. Leningradsky was my local from about 1997 – 2003, before, I hasten to add, its recent tarting up. Back then it was down and dirty, but it was the place where I learned my primary tenants of shopping in Moscow: buy what’s in season and bargain. When we moved downtown, and I began to take cooking a bit more seriously, Dorogomilovsky proved hard to resist with its warren of kiosks offering hard-to-find items and the reassuring presence of vans from restaurants and cafes parked outside of the main building.

But then the kiosks shut down and the prices soared and it just isn’t as fun — or as affordable — anymore so I’ve gone home to Leningradsky Market and found a lovely new Azeri couple selling greens and herbs. Nestled between the cilantro and tarragon I found, to my astonishment, several bunches of watercress.

And that’s the third tenant of shopping in Moscow: if you see something rare, snap it up, change your course, and use your hard-to-find ingredient to make something special. And so, I jettisoned my plans for gazpacho and stocked up on the ingredients for watercress soup instead.

I have no idea where the watercress (кресс водяной) came from. The affable Azeri vendors assured me it was from Baku, but they say that about everything from bananas to salted cod. Central Russia’s climate is suitable for the cultivation of watercress, so it could be anywhere. Watercress, which grows in running spring water is renowned not only for its delectable taste in soups and salads, but also for the nutritional punch it packs. The ancients believed it to be a cure for baldness and impotence, and it is still high up on the list of aphrodisiacs today. All great reasons to mix up some watercress soup.

At the moment, I’m researching soups and recalled an excellent approach from The Soup Bible by Debra Mayhew to getting the most flavor out of the watercress. My quarry from Leningradsky Market offered the first opportunity I’d found to try it out. Instead of cooking the watercress together, or, as I used to do, chucking it in at the end, just before the blender stage, you take a little extra time to separate the leaves from the stems. The difference is amazing! The stems contain cache of flavor that just needs to be gently coaxed out through a slow sauté in butter. I experimented with the line up and came up with a winning formula: sweating the yellow onions, garlic, and celery for 6-7 minutes, then adding a bit more butter for the stems. Adding the delicate leaves at the end

The result is a concentrated blast of both the natural color and crisp alkaline flavor of watercress. This soup is perfect hot or cold, with, or without a dollop of sour cream or crème frâiche to give it more depth.

I served this soup for luncheon with open-faced egg salad sandwiches on Borodinsky bread topped with more watercress leaves and a dash of cayenne pepper. But I’m giving some thought to serving them in shot glasses at my next dinner.

So go on a watercress hunt, and see what you can uncover! 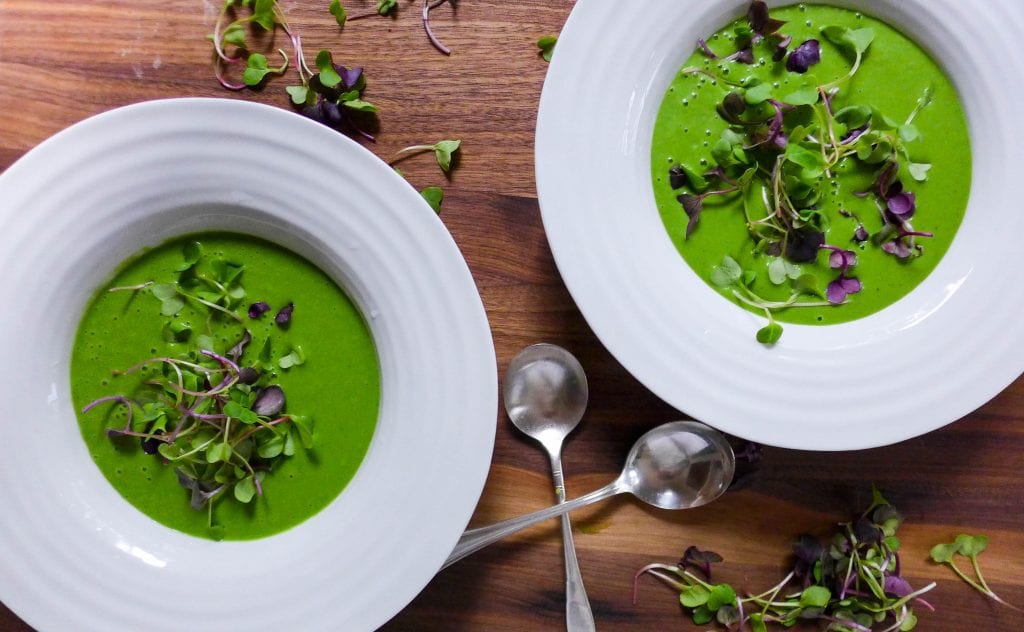 Try some more recipes redolent of spring, like these:

Juice up this spring!

Stick around and enjoy some non-culinary stories and tales from life in the world’s largest country. Like these:

Holiday Havoc for All Occasions

Do you have a favorite way to consume watercress?  Hit the comment button below and tell us about it!