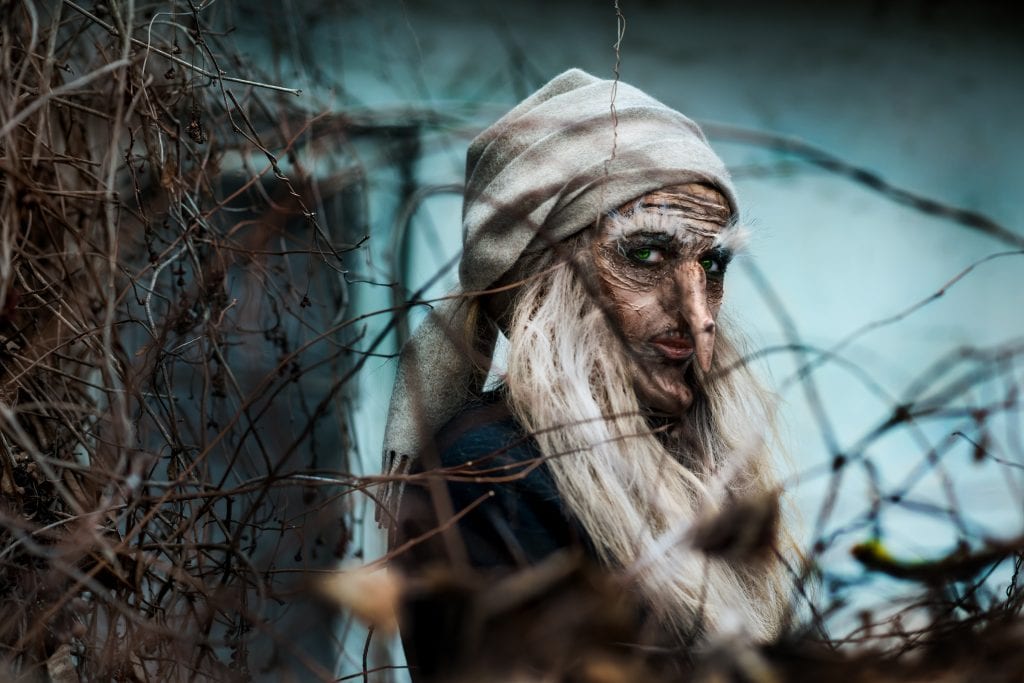 My daughter, Velvet, Thank God, no longer needs a Nanny, but back in the day, I did everything I could to keep a good one happy:  putting up with a few things that would drive a less patient person straight to the martini shaker.   I was only ever tempted to sack her once, and I had to dig deep into my dwindling reserves of cross-cultural tolerance to put the incident behind us.

Arriving home from work one day, I found four-year-old Velvet cowering in the kitchen, clutching her stuffed dog, Duty-Free and sobbing hysterically as Nanny and the housekeeper, Lydia Stepanovna tried to calm her down.

“Mommy, Nadezhda Rotislavovna is a witch!” she cried when she saw me.

Nadezhda Rotislavovna was our 300-year-old neighbor from across the hall.  She certainly looked not unlike the Russian folklore witch Baba Yaga, and there were those who felt she occasionally got stuck into the vodka earlier in the day than she should have, but she was a good neighbor as far as these things go in Moscow (admittedly, this is a subterranean bar) and always stopped to chat with us in the morning as we waited for the school bus.   When last I’d checked, she and Velvet were buddies.

“What in the world makes you say a thing like that?” I asked baffled.

“Are you serious?” I asked the two women.

“We stuck it there about a year ago,” said Nanny, “just to be on the safe side.”

“The doorway…” said Lydia Stepanovna, flinging her arms wide as if this explained everything, “and a young child in the house…you can’t be too careful with the evil spirits,” she spat over her left shoulder three times while Nanny vehemently rapped the wooden cutting board three times.

I was flabbergasted, as I confessed to HRH (my “Handsome Russian Husband”) after I’d finally got Velvet to sleep and we were preparing dinner, “these grown women: well-educated, brought up in the best anti-religious/Marxist/Leninist traditions, really believe in witches and needles…and tell all this to a child of four!”

“Well,” he said, “I remember my Babushka telling me I always had to look out for the doorway when I was about Velvet’s age.”

“Whatever for?” I asked, “I know you can’t shake hands across the doorway…”

“That’s right because that is where the Domovoy lives,” said HRH as calmly as if he had just double-checked the address off his BlackBerry.

“You don’t actually believe in the ‘Domovoy’” I asked laughing out loud, “That’s like believing in the tooth fairy.”

“Best to be on the safe side…” said HRH rapping his knuckles three times on the kitchen chair.

The Domovoy, I knew from my Pre-Christian Rus lectures, and a few of Velvet’s picture books, is a tetchy house spirit, like Dobby the House Elf from Harry Potter, but far far more powerful.   He lives in the threshold, and so greeting someone or shaking hands across the threshold is forbidden, because it would offend the Domovoy.

I poured the remainder of an almost-empty bottle of wine into my glass and, automatically put the empty bottle on the floor.  Then I looked at it in abject horror.

“I picked that up here, didn’t I?” I said to HRH, referring to the popular belief that an empty bottle of alcohol on the table tempts the evil spirits to deprive you of full bottles in the future.  I thought of other things I’d started to do without thinking: I always celebrate birthdays on, or after the actual date, never before.  I go crazy trying to get HRH and Velvet out the door when we go on a trip, but I insist we all sit down quietly for a moment, which apparently fools the evil spirits into thinking that nothing is going to happen, so they get bored and wander off, and don’t accompany us to the airport.  I never use my own hands or body to describe an injury or disfigurement.  When I don’t recognize a voice on the phone, I tell the person they will be wealthy.  I don’t let Velvet sit on the corner of the table, lest she never marry, and each year HRH and I hurl some coins into the ocean at St. Croix to ensure we’ll be back.

“I’ve become a total pagan believer!” I shouted to HRH and, in my haste, dropped the spoon I was using to toss the salad.

“That’ll be Mama,” said HRH knowingly: dropping a spoon indicates a female visitor, whereas a knife signals the imminent arrival of a male guest.  “I’ll go downstairs and meet her.”

“I’ll get the needle out of the doorjamb,” I said sotto voce.

This column first appeared in Russia Beyond the Headlines on May 27, 2010, and a link to the web version can be found here.