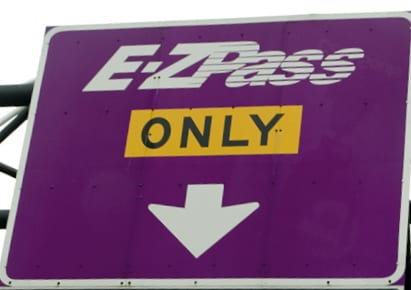 Dividing my time is more complicated than it sounds.

I’m back in Moscow, and I’ve spent the last few days doing what I always do after a lengthy absence:  removing every single garment and (carefully labeled) plastic container from my closet, which for some reason is covered in about an inch of dust.  If you ever wondered why luxury handbags come with those soft bags, now you know:  to keep the dust off.   Then I had to empty the fridge and do whatever it is I do do to rid it of the sour smell that comes from what I call “HRH food.”   I put all the half-wrapped salami slices into sealed containers, I throw away the rotting radishes, and I banish all the food my mother-in-law imports as soon as I leave: jam, German pickles (yuck!) and synthetic faux creamer.

Having replaced batteries in absolutely everything from my computer mouse to my Sonic-care toothbrush, downloaded software updates for my sluggish MacBook, completely reconfigured my To-doist.com (never underestimate the empowerment of a good to-do list), I read Raisa the cleaning lady the riot act about not throwing out any ice while I’m here, and finally feel ready to get back to writing.

I’ve been on an enforced writing sabbatical since HRH came to Northampton for a week’s holiday from the Difficult Start Up at the Important Industry right before my departure to Moscow (a schedule line up I won’t be repeating any time soon) during which, he declared, he wanted to do absolutely nothing.  Except buy some new suits.  And watch Velvet in a Very Serious Horse Show she attended in utter upstate New York.  HRH forgot his driver’s license, which meant I did all of the driving involved.  And this pleased neither one of us.   HRH loves to drive in the United States, which he likens to playing a not-too-demanding video game.   Since we acquired Serena, our dulcet-toned GPS, we never worry about getting lost, and since my Dad (the car Tsar) generously arranged for and continues to underwrite an E-Z Pass, we are almost never stuck in traffic.

The E-Z Pass reigns as one of HRH’s top favorite things about America (along with Cape Cod Potato chips and the Hampshire Regional YMCA).  Being Russian, he likens waiting in line for anything as a sign of weakness and waiting in line to pay for using a road completely unacceptable.  Each time we shoot through the E-Z Pass lane, leaving the other drivers to creep and crawl through the “CASH” Lane, HRH gives a grunt of approval.     I certainly found it handy as I pushed pedal to metal on the New York Thruway in order to make it to one of Velvet’s early morning jump offs.

Perhaps it was the E-Z Pass, or maybe it was the smooth execution of the Valet Parking I surprised him with at the Natick Mall, but HRH got it into his head that he needed to order a VIP Meet & Great at Domodedevo Airport for his return journey back to Moscow.    He also very generously determined that I should have the same treatment for my return three days later.  I did not demur.  When you’ve checked in three large duffle bags full of harmless kitchen essentials such as a vertical chicken roaster, and innocuous white substances such as 500 packets of Splenda and baking powder, the thought is always there that some Customs’ Official recovering from a long night, might just take it into his head to decide that the former is a sex toy and the latter a controlled substance.

I was thrilled, therefore, to casually stroll off the aircraft as my fellow passengers pushed and shoved, and did that thing that is not quite a run, but is a lot more than a walk, in a desperate effort to get to the front of the endless passport control queue (which is now even longer as we wait for the printer to print out the registration card).  Savoring the moment, I approached the bored-looking female with pockmarked skin and an inexpertly hemmed uniform skirt, holding up the “VIP-ЗАЛ” sign.

“Hello there,” I said brightly, “I’m your client!”

She regarded me with a massive amount of disinterest.

“Identify yourself,” she grunted.

She seemed surprised but resigned when I produced the right documentation and she motioned me to follow her.

Does anything say “You’re back in Russia” like the echoing “clack clack clack” of a female airport employee’s rickety heels on the tile floor?   We forged our way through the steamy departure lounge, full of Russians in tracksuit bottoms and tank tops heading off for package holidays in Turkey and Egypt.     Through a door, down a corridor, up a flight of stairs, down another corridor and up an additional flight of stairs I lugged my rollaboard full of cameras, computers, my Duty-free swag (three bottles of PIMMS) and enough cooking magazines to last me two months.   We finally pushed through the final set of doors to the VIP Lounge.

I won’t belabor the point describing it, except to say I think that rattan, as a decorative motif in a climate such as Russia’s is a mistake, and that, at the prices they charge for the service, a cash bar seems tacky, but as the Russians say, “It’s a sin to complain.”

Well, maybe just one complaint then…

It is nice to sit in a rattan chair and wait for someone to collect your three large duffle bags full of Splenda and vertical chicken roasters for you, but having to lug them up those two flights of stairs then through the entire arrivals hall, down the one tiny working elevator to get to the car which is parked in the dedicated VIP Parking space…that makes me long for my E-Z Pass.

Have you experienced a VIP service in Russia?  VIP Sushi perhaps?  Or VIP Banya? What’s your experience been?  Hit the comment button below and tell us about it!