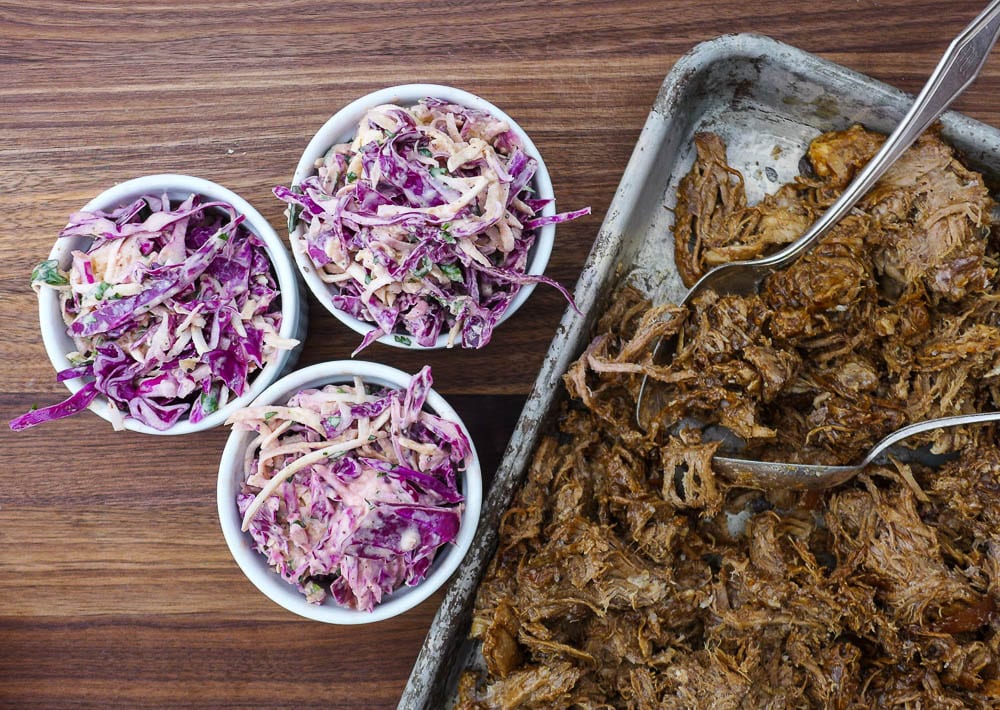 Pulled Pork has been making its steady way across the Atlantic for a few years now: it’s white hot in Sweden, where they can’t get enough of it, and rumor has reached me of a French version, though I will require a lot more evidence to credit that one. So I thought is was time to lure this succulent soul food staple across the Iron Curtain (you know, before it gets too impenetrable) and let it take up residence here in the Russian capital.

Pulled Pork is a good solution to our current culinary-challenged times. A good rub and a low and slow braise goes a long way to making an indifferent piece of meat into something that has a great depth of flavor and a pleasing texture. I read up extensively on Pulled Pork to see how I could bring it out of the barbecue pit and into our Moscow kitchens, where, let’s face it, we don’t have barbecue pits, nor easy access to bottles of “Hickory Smoke” elixir, or tins of “Cajun Rub.” 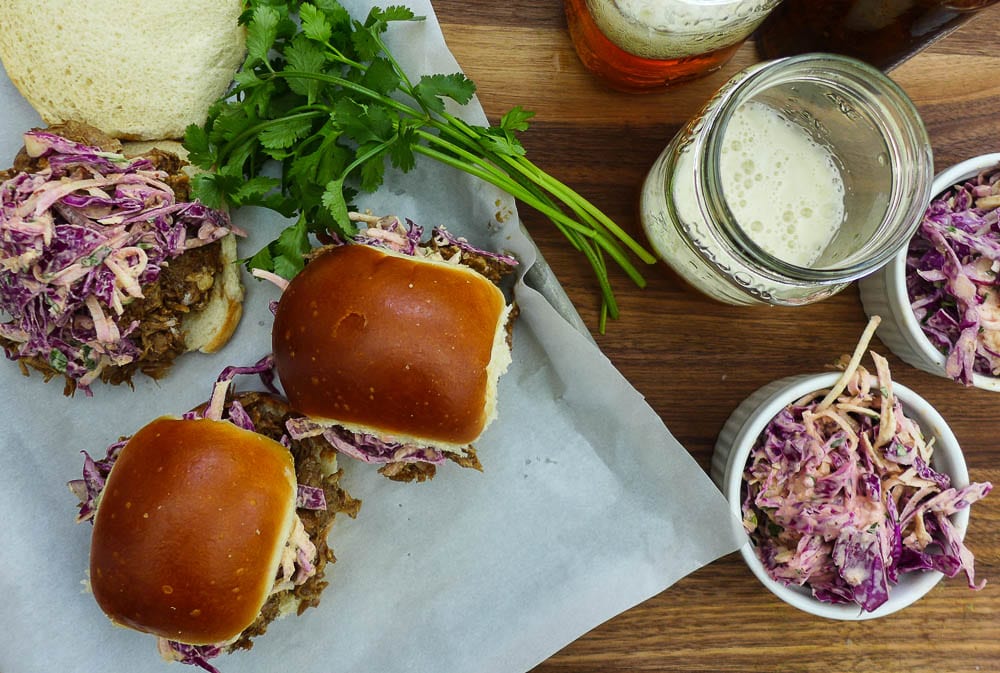 So instead of trying to fake the flavors of the American South, I auditioned some alternative flavor combinations, and decided that the mildly spicy, pungent, slightly sweet flavors of Uzbek cuisine would make sense for Pulled Pork. After all, plov, Central Asia’s headliner dish, is also a “low and slow” affair, which infuses meat and rice with a redolent mix of spices. 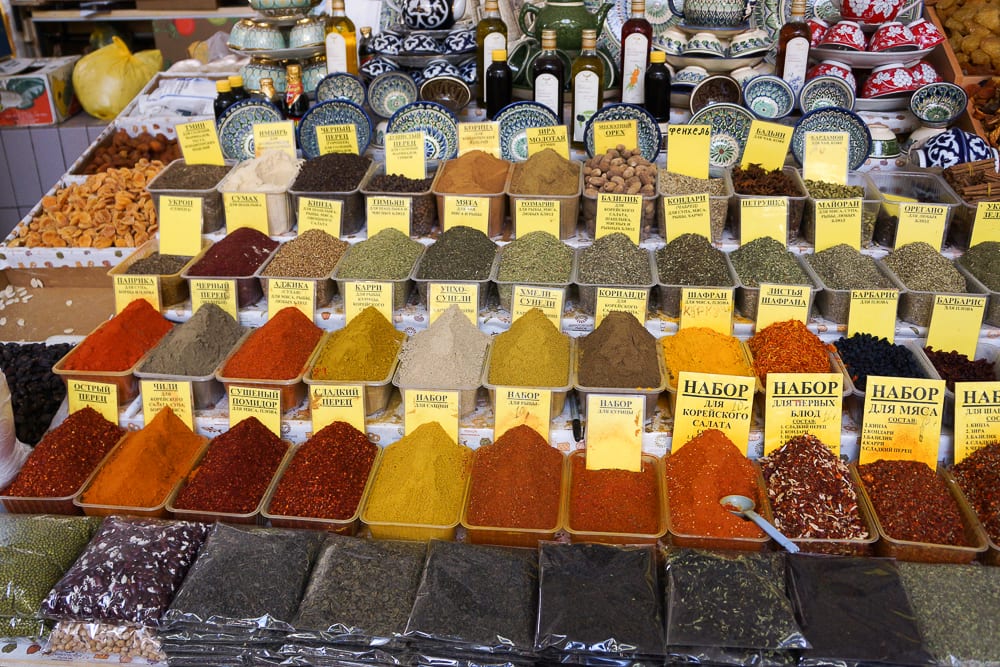 Because the meat we get right now in Moscow can be on the tough side, my strategy is always to either marinate, brine, or rub it for a good 12-18 hours before cooking begins. The pre-mixed plov medley (with a few generous tablespoons of good kosher salt added in) sold at all spice sections of Russian farmers’ markets makes for an excellent rub.   Those guys at the market are very cagey about divulging the exact mix in the medley, but I’ve clubbed together a fairly good approximation. If you like your pork on the spicy side, then, by all means, add a bit more chili pepper to the mix. Rubs are not meant to be an exact science.

I can’t finish without acknowledging, Kelly Seynei of JustATaste.com.  Kelly  is one of my culinary brain crushes. Her delightful blog offers up just the kind of nosh we all need in our busy lives: tasty, relatively fuss-free: ideal for getting stuff on the table without a lot of hassle when you’ve got a crowd over. Her Slow Cooker Balsamic Honey Pulled Pork was my first foray into oven cooked pulled pork. Central Asian Oven Pulled Pork is very much a riff on her excellent version of this Southern Favorite.   Thank you, Kelly, as ever, for inspiration and information served up in a delicious way!

Do you have a home country favorite you’d like adapted to Moscow conditions? Be sure to let me know about it by hitting the comment button below! Some of my favorite recipe ideas have come from people scratching their heads about how to replicate an ingredient they can’t locate with ease here in Moscow!

Stick around and explore some of the non-food stories on this website, including articles about Russian History and Culture, as well as my ongoing take on the lighter side of life in the world’s largest country!