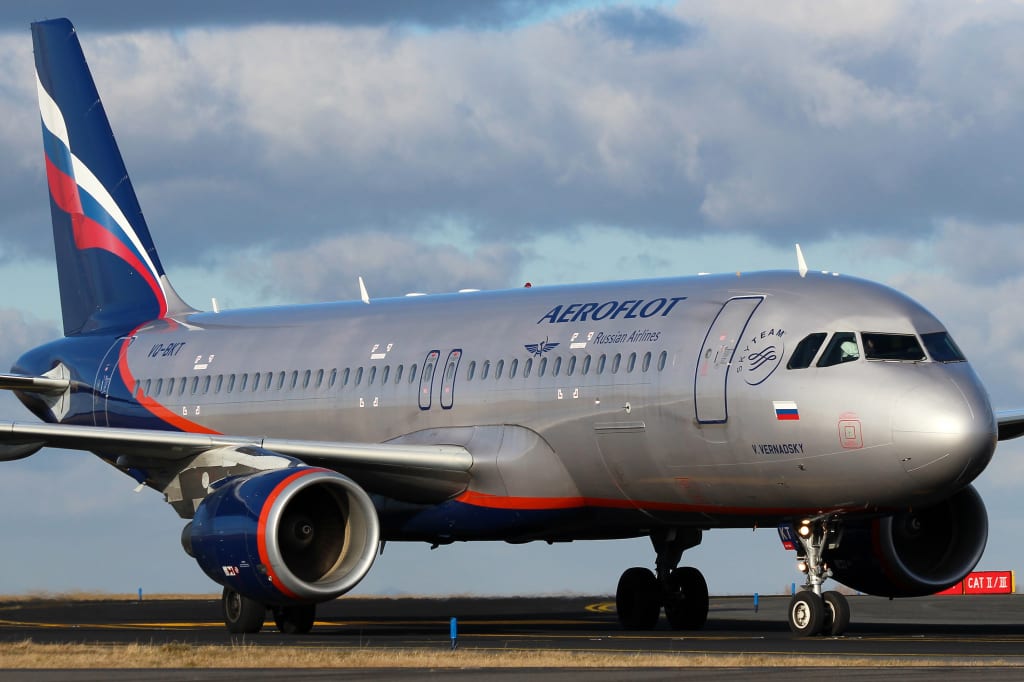 Today is Russia’s National Carrier’s Day!  Regular readers of this blog will know that I won’t be making a special trip over to Azbukha for something to hoist up in a toast to that crowd!  I have written lots and lots about my happy time there as an employee: my first foray into working for a Russian company.

I could tell you that the National Carrier was founded in 1923, that they are a member of the Sky Team (and who, do we want to know, was asleep at that particular wheel?), and so on, but really, since they still owe me about $28,000 USD (I’ll accept that in rubles BTW), I will spare you the PR talking points.  Google them if you are perishing to find out, and be sure to search for the story on how they failed to get in enough de-icer fluid over Christmas, bringing Moscow airports to a virtual standstill for several days.  Classic National Carrier.

What I thought I would do instead, then, is celebrate the day by providing another helpful public service message to expats considering a career with a Russian company.  In troubled times like these, a call from Yuliya the perky headhunter, promising a “really huge salary” and “shares” or the magic acronym “IPO” can be very appealing, I realize, but here are some helpful hints on what to look out for during the inevitable slippery downward slope to what I call “The Red Handshake.”

You’ve had your initial chummy chat with Yuliya the perky headhunter, and you’ve gotten the green light to go ahead and continue the interview process with large, unwieldy Russian company, providing essential services such as transportation, utilities, oil and gas, telephony, or financial services.  Don’t avoid these essential next steps:

1. Try to determine if this is a daughter company, or (God help you) a “trading house” (торговый дом) or  subsidiary (дочерняя компания) of the large unwieldy Russian company.   These are always failures, and are more often than not sort of window dressing for something far more nefarious going on in the background that they won’t tell you about, since your enthusiasm is part of the design of the window dressing.  You are, as it were, the main decorative motif.   Here’s what will happen next:

a. Your first interview is with a somewhat enthusiastic, 40-something Westernized Russian (he has an iPhone, but asks you to call him Igor Konstantinovich).  He knows absolutely nothing about your industry beyond the fact that the large, unwieldy Russian company has “great potential.  He will reveal that he went to school with, and/or is a next-door dacha neighbor to the oligarch who runs the unwieldy Russian company.

He is going to be in charge.

b. Despite the fact that the large unwieldy Russian company has a sprawling corporate headquarters in downtown Moscow, the Torgovoi Dom’s office will be at another location, yet to be determined.

If you find yourself in that situation – my advice is to flee.   Don’t take it any further.  Don’t give up your day job.  Don’t even bother (and those who know me well know this is anathema to me) to write Igor Konstantinovich a thank-you letter.

If, however, you sense that your hire is for the actual large, unwieldy Russian company and that the strategic merger, IPO, or potential swallow of seven other minor market players is bona fide and you think you have the balls to pursue it, then be sure to:

1. Get the very best “English Law” lawyer (or if you prefer, solicitor) you can afford.  If you can’t afford a lawyer, mortgage your house, pawn your engagement ring, and hire out your children as baristas.  Send in the lawyer to discuss all the teeny tiny details of the employment contract with the large, unwieldy Russian company.   Have him/her (but, really, in this situation, much better him) copied on all e mails, have him present at all meetings, and have him sit on the final papers for at least three days longer than feels comfortable.  This is a prudent investment in your future.

2. Be anal about the details in your work contract.   Get Shyster Lawyer to hammer out a “Golden Parachute” clause for you of at least one year’s salary, bonus, and benefits.  Since this does not exist in Russian law, make sure your contract is made according to English Law.   You should also include everything down to the number of paper clips you think you need, the stipulation that you always fly business class wherever you go (because, trust me:  Moscow – Khabarovsk overnight via economy class on the National Carrier is not why you signed up for this job), and all the teeny tiny terms and conditions.  Don’t let the large, unwieldy Russian company hurry you into starting to work before the contract is signed, and don’t fall for the one where they tell you the legal entity being created to employ you is not yet registered.  Make several copies of the contract, have them notarized by a Russian notary and put them in a safe deposit box at a bank outside Russia.

3. Clarify your reporting status.  I personally don’t think it’s worth the hassle if you aren’t going to report to the oligarch in question, but it’s up to you.  Get it in writing, and, if possible, I recommend a clause whereby your Golden Parachute kicks in if your direct report suddenly morphs from the hapless, but enthusiastic Igor Konstantinovich into Olga Quelque Chose.  It’s been known to happen.

4. Insist upon a site visit to your potential place of work.  This is to ensure that:

a. There is an actual building, and not some soon-to-be disclosed location that is still being negotiated.

b. You are going to have an actual office, including a door that shuts.  This should also, ideally, include a large desk with a huge long table that juts out from it at a right angle. Yes, like a penis…exactly so.  The rule is simple:  the longer that table is, the more important you are. Be specific on the details of your office’s interior design—that’s what real men in Russia do.

d. You have a bi-lingual secretary.   I know, you think your Middlebury Russian is kick-ass, and it may well be, but you need at least one secretary to not only sift through, but more importantly, issue, the sheer tonnage of deeply silly Russian inter-office memos (Sluzhebnieye Zapiski), or Orders (Prikazi) or ACTS (aktiy) without which nothing—including buying all those paperclips — ever gets done in Russia.

5. Begin to cultivate a gruff demeanor.  Shed your charming Western manners, and practice saying things like “Idi soo-dah!” (come here!) as you would to a large and slightly out of control Doberman pincher.  Practice looking down your nose.  Learn to sneer.

And so to work!   The paychecks roll in, the projects develop.   It goes well, until…the cracks begin to appear.  Things don’t seem quite the same somehow.  What’s going on, you wonder?  Could it be the “Red Handshake?” That slow water torture large, unwieldy Russian companies like yours use to force foreign managers to quit, rather than paying them the “golden parachute” sum. It could well be. Here are some signs to watch out for:

1. The large, unwieldy Russian company goes through a major re-shuffle of its fleet of cars while you are skiing at Chamonix.  Upon your return, you learn that your Audi Six has turned into a Ford Focus.

2. You aren’t invited (read ordered) to as many management meetings as you once were. You assume they’ve been reduced in number, until you encounter some new rule or regulation that was made at one you didn’t attend.  It turns out that in fact, the number of meetings has in fact tripled.

3. The merger, buy-out, or IPO for which you were hired, and by which you assume you will make the requisite $10mn every expat expects to make in Russia, is delayed, de-railed, or somehow is no longer the strategic priority it once was.  You find this out from the foreign legal team you hired to lead the deal, which has, without your knowledge, been fired.

4. The entire management team except you moves to a new office space.  They take your bi-lingual secretary with them.

What can I say?  Condolences.  Can’t say I didn’t warn you.  What do you do now?

1. Do not quit.  Report to work every day.  They can’t rescind your security pass. Read War & Peace if you must behind your office door (see, door comes in handy) but make a point of showing up in the lunch canteen.  Be present.  Remember that a hundred years is a drop in the bucket to this crowd.  Play the waiting game.

2. Call that shyster lawyer I told you to hire from a secure phone and use the pre-arranged coded signal to prepare for proceedings against them for non-payment of salary.

3. Hide your corporate laptop at home and be vague about it when they come round to ask for it back.  While you and I know that a laptop cannot begin to cost the same as your unpaid salary, for the bureaucrats who run the company, mislaid company property is a far more serious blunder.

4. Chalk it up to experience.

With any luck, you’ll get 20%-50% of your proposed golden parachute.  At least you won’t end up like me — $30K in the hole from my happy time with the National Carrier!

Welcome on Board, Readers!

What’s your favorite National Carrier story?  Do you know a good nickname for the National Carrier?   I’d love to compile the ultimate list.  Please contribute by clicking on the COMMENT button below!  And once you’ve done that, stick around and enjoy some more snarky posts:

Day of Information Technology in Russia/День информатики в России: Head of IT: Brother From Another Planet