Here’s a confession.   My daughter Velvet and I are addicted to bad reality TV shows, which is out of character for us both. 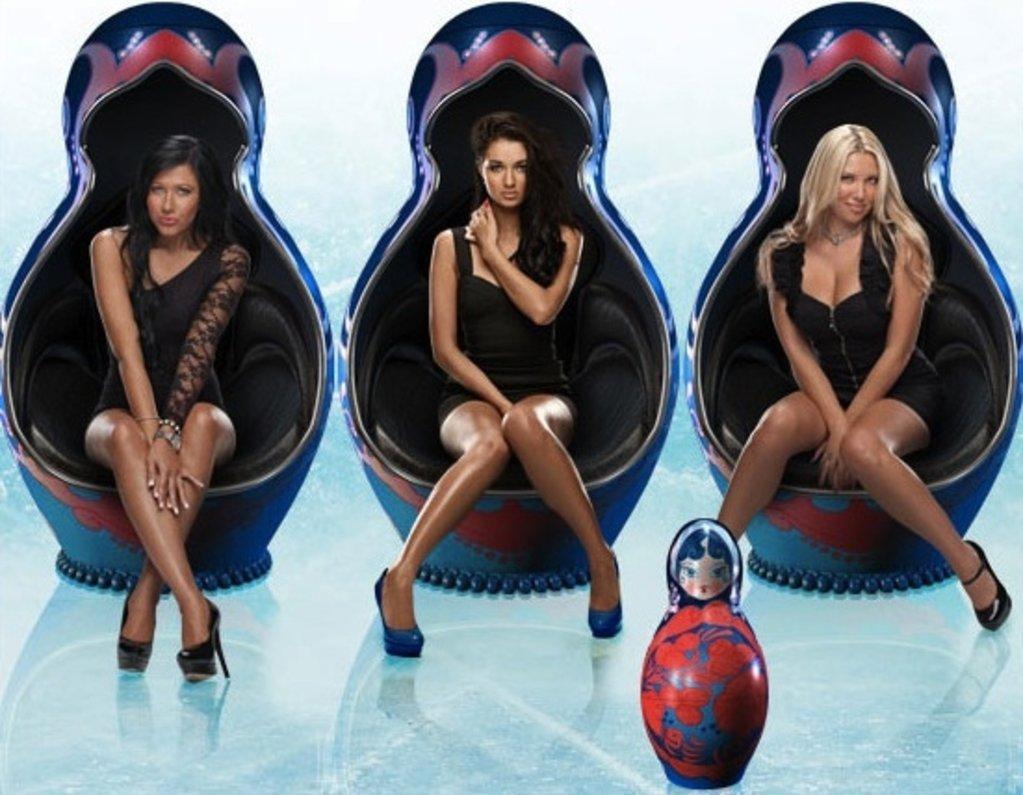 I’m meant to be the brainy intellectual/witty writer type, and she is supposed to be the outdoorsy/horsey type.   We hide it well, but catch us on a rainy Friday evening, chances are we are curled up on the squishy sofa working out way through back episodes of “Jerseylicious,”  “SuperNanny” or my personal favorite, “Clean House.”

Which is why we were both so excited for the launch of Lifetime’s new reality series, “Russian Dolls,” which chronicles the lives of a number of Russian émigrés to New York’s Brighton Beach.  We mixed up some cocktails (gin and olives for me, ginger ale and pomegranate liqueur for Velvet) and settled in.

Readers…. what a letdown!  The Gatsby this ain’t. Not that I didn’t know that if there is anything worse than a vapid dyev in stilettos, it’s a vapid dyev in stilettos who has been air lifted to NYC or Laaaaaaaaaaannnndon, but “Russian Dolls” hits an all time new low.  Even this writer, who spends a fairly hefty portion of her working hours poking fun at contemporary Russian culture, was horrified:

Most of this week’s episode centered around Anastasia (which is pronounced by all and sundry like the cartoon Princess:  Anna-STAY-ZH-ah instead of Anna-stass-ee-ah) and her mother Ida talking over salat Olivier (and who gave that particular culinary disaster an entry visa to the USA I’d like to know?)

“What you want say to me?” asks Ida about Anastasia’s possible career moves,

“The counselor, she thinks I should do law.”

“And how you repay loans?” wails Ida.

Then there were the nervous jitters of 47-year old Renata (who looked like she was addicted to Valium) getting ready to belt out Alla Pugacheva hits at the opening of Brighton Beach’s newest club “1001 Nights,” under the Svengali-esque coaching of her husband Boris. Next week, we will be meeting Sveta who is, according to the voice over, “Biggest Bitch in Brighton,” (which has to be saying a whole bunch) while she launches a jewelry line.

“This is embarrassing,” confessed Velvet, “These are like my people.”

Not if I can help it…they’re not.

Did you see “Russian Dolls?”  if so, what did you think?   Do we need to get up a petition to Hillary Clinton?   Could Vladimir Putin express his disapproval and get it off the air?  Does it bear any resemblance to émigré life in America?