Day of Victory over the Swedes at Poltava / День воинской славы России — Полтавская битва (1709): The Peter (The Great) Principle

“If I say, Battle of Poltava to you, what immediately springs to mind?” I asked HRH. 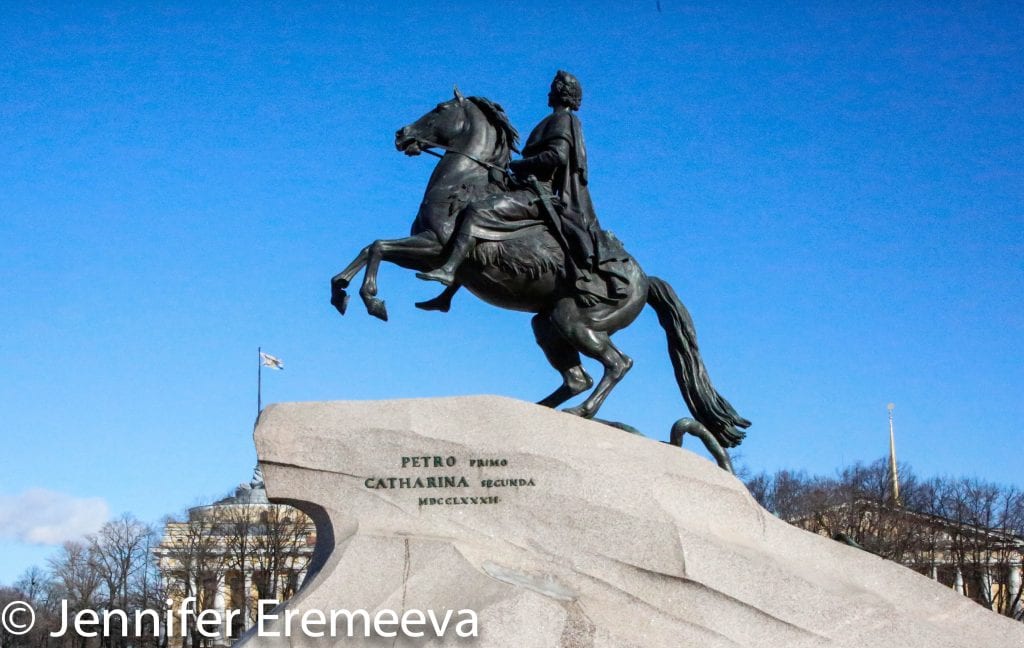 It’s been very hot lately, and I don’t do well in that kind of weather.  I need some inspiration.

“Peter The Great?” he asked, taking another hefty swig of cold beer.

“The Swedes?” he ventured.

“Anything else?” I asked.

He scratched his head and thought a bit.

Russian History is neither HRH’s core interest nor part of his skill set.  He confuses the Nicholases, the Alexanders and the Catherines (though at least he does not make the common mistake that Catherine The Great was married to Peter The Great).  But he got full marks on The Battle of Poltava, and bonus points for a succinct distillation of the salient points about today’s holiday: Peter’s victory over the Swedes at the Battle of Poltava on July 8, 1709, and their ultimate surrender on July 10th.

When last we encountered Peter The Great, he was also engaged in a contretemps with the Swedes, the naval victory in 1703 which secured him the strategic mouth of the Neva River on which he built his dream city, Saint Petersburg.   If that was his first modest victory against his primary adversary, Charles XII of Sweden, Poltava was the zenith of Peter’s emergence as a military might, as he triumphantly hurled the might of his newly re-organized Western-style army of 45,000 troops at Charles XII and the Ukrainian Cossack Hetman, Mazeppa.  Ukraine gave up its dreams of independence (what else is new?) and Charles XII and Sweden had to cede their preeminence as the most significant player in the region:  they limped away and spent three centuries crafting a new strategy to invade Russia, which would ultimately prove successful.

When fortune left the royal Swede –

Around a slaughtered army lay,

No more to combat and to bleed.

The power and glory of the war,

Faithless as their vain votaries, men,

Had passed to the triumphant Czar,

Today is one of fifteen “Days of Military Glory,” victories, which were recognized by the State Duma in 1995 in legislation entitled “About the Days of Military Glory of Russia” (so, now you know what the Duma does all day) as “playing a significant role in the history of Russia, and in which Russian troops have earned the honor and respect of contemporaries and grateful memory of posterity.”

I was interested to read, recently (in Bruce Lincoln’s The Romanovs) that Peter was not weaned until he was two years old, which, for me, explains volumes: not only his vigorous health but also his addiction to instant gratification. “Boats,” you can see him thinking when, as a teenager, he and his Dutch tutor found the rotting remains of a keeled sea vessel in 1688, “Boats…hmmmm…I think I’d like a navy.”  Never mind that Russia was completely landlocked. This could also explain his impatience with anything that stood in his way: a meddlesome older half-sister as Regent during his minority?  Overthrow her and stick her in a Convent.  Boring conservative first wife?  Rinse and repeat.   Long traditional kaftans getting in the way?  Adopt Western clothes. Money tight?  Tax people for keeping their beards.   Moscow seeming a little backward? Abandon and create a new capital on a mosquito-infested swamp.  Church getting a little too powerful?  Cut it down to size and make it into a government department, and, for good measure, mock it, holding a mock Synod entitled “The Vastly Extravagant, Supremely Absurd, Omni-Intoxicated Synod,”  (and you have to wish they’d revive that particular Petrine tradition.)

Dictatorial?  Da.  Effective?  Definitely Da.   This is the kind of ruler the Russian people understand, expect, and ultimately admire.  Larger-than-life, clear on what he wants, and slightly crazy. Certainly, no one, except perhaps Stalin, has so thoroughly dragged Russia kicking and screaming into the direction of his choice by sheer force of his own personal will power

Peter The Great is the impossible standard against which all other Russian rulers must measure themselves, and I can’t think that, in their heart of hearts, they feel they are in danger of outstripping him in any way.

Peter, for example, would never have tweeted.  Never.

Had you heard about The Battle of Poltava?  Did you know that Sweden was such a military power in the 17th Century? What’s your take on Peter?  Do you buy into the breastfeeding idea?  Let me know, by leaving a comment below.