My Charter: Relevant for Your Monastery? 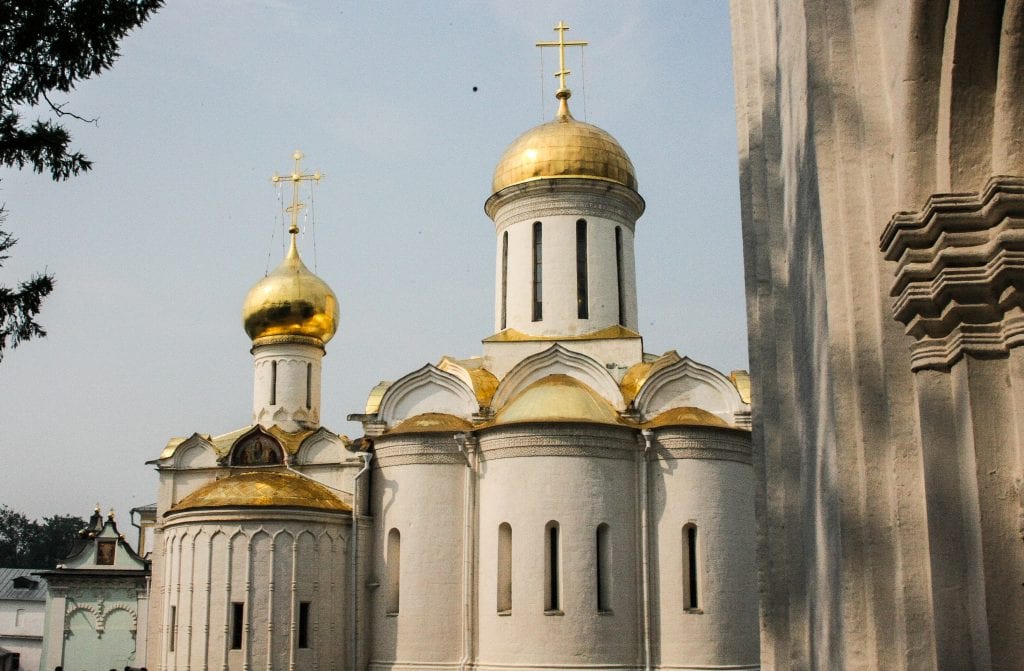 The piece below appeared today on the BBC’s World Service website, under the “Strana Russia” section.  I’ve been writing for them since last summer, and it has been my first foray into publishing in Russian.  I’ve written about clutter busting in Russia, observations on carrying on a balanced conversation with Russian men, and the differences between Back To School in Russia and the US.   I was very taken aback by the number of readers who voiced their outrage that a foreign writer should choose to take on the subject of Russia.  Many called me uninformed, others called me rude, still more think me rude, disrespectful, and downright crazy.   I wasn’t sure how to respond: it seemed unproductive (and incredibly time-consuming) to post a response to each one, but some response seemed called for, and the BBC kindly agreed to post this piece.  What do you think?  Are foreigners equally entitled to publish their thoughts on an adopted country?  Is expat humor an insult to the host country? Please join the debate in Russian on the BBC’s Russia Service site, or below, in English.

My Charter: Relevant for Your Monastery?

Recently, a reader of this blog warned me to lay off the satire about Russia, using a Russian proverb: “Don’t take your own charter to another’s monastery.”   [“Со своим уставом в чужой монастырь не ходят.”]  What the reader was trying to convey was that no foreigner should never ever presume to write about Russia, and certainly never in a humorous or negative vein, even those who, like me, have racked up the numbers: 18 years living in the country, three heads of state, two coups, three financial crises, one Russian husband, four years working for Russian companies, and more than five thousand hours clocked behind the wheel of a car stuck in rush hour Moscow traffic.

It wasn’t the first time I’ve had my literary hand slapped for daring to attempt humor in Russia:

“We can’t publish this…it’s not respectful,” snarled one Russian editor in response to a lighthearted piece I wrote on the unsolicited gifts my husband and I have received over the years.

“Of course it wasn’t,” I thought to myself.  “What is there to respect about a mobile phone case made out of zhel’, a Bohemian crystal vodka decanter in the shape of the Imperial crown, or an unfortunate plastic garden sculpture of ‘Happy’ from Disney’s Snow White and the Seven Dwarves?”

“This is a humor column,” I argued, “you asked for funny things that happen to me in Russia.”

“Make fun of your own kind,” she advised.

I can’t accept this, since it represents a serious threat to my livelihood: I’m a humor writer and I live in Russia, so I write about the side of Russia I think my readers, will find entertaining: surly shop-girls, the curiously Byzantine hierarchy of Russian society, and the disconnect between Cyber-age 20-somethings and the older generation’s Soviet values.  Matters culinary: salad Olivier and salo, because, to the uninitiated anyway, these are intriguing, as is the quirky system of public holidays, and the unique Russian approach to health care.

Daring to Demonize the Dacha

Once I dared to take on that national Russian obsession: the dacha.  I did not, in the accepted foreign tradition, couple the dacha with the concept of the Great Russian Soul.  I didn’t talk about capturing the elusive unique Russian soul in a spoonful of homemade jam, or on a whiff of smoke from the kostor, because, honestly, I failed to find any of that.  What I did find was mold, discomfort, and nuclear-powered mosquitoes, so I wrote about those.  In response, I received a harangue from a vitriolic septuagenarian Russian journalist, writing from his own dacha, who called me “crazy,” which seemed needlessly histrionic.   Where is it etched in stone that foreigners have to be over-the-moon about every aspect of Russia and Russian culture?  Do I not have the right to express of Russian culture what Joseph Brodsky did of American: “some of it I find revolting, some awe-inspiring?” The airport, spitting on the street, and prime time television I find revolting in Russia.  And awe-inspiring?  A much longer list, which includes all the Silver Age writers, the Mighty Handful of musicians, September 1st, World War II veterans, the mysteries of the Russian Orthodox Church, KVN, Kvartet I, the incandescent brilliance of Russia’s scientists, academics, and artists, as well as the pompous gallantry of Russia’s male chauvinists, and the Wagnerian tenacity of a breed of women who force the likes of Hitler, Napoleon, and Genghis Khan to their knees.

What I’m hearing from my Russian readers, though, is this: when it comes to crafting humor about Russia, foreigners — it seems – need not apply.  Elsewhere in the world, Englishman Peter Mayle is revered in France for his humorous tales of eccentric locals in the Luberon Valley.   In the West, we double over at Yakov Smirnoff’s hilarious take on life in America in his popular magazine articles and embrace émigré writers such as Lara Vypnar when she produces a pitch-perfect grilling of self-absorbed American male wannabe novelists in New York City.

So is this a double standard?  Am I not as fully entitled to my take on my Russia as the “Beet Generation” writers are to their America?  I’m creating humor, not “contempt…and disrespect for another country, its people, and customs.”  [“Презрение, цинизм, неуважение к другой стране, её народу и обычаям”]   Having spent most of my adult life in Russia, it doesn’t seem like the best use of my time to, as another reader suggests, suddenly shift my focus to “hot dogs, Pepsi, and baseball,” [о хот-догах, пепси и бейсболе!!!] or the ranks of what another like-minded reader calls the “obese-minded Americans, their unkempt American women, a boring game of game of baseball or that stupid holiday, Halloween.”  [“учных недалёких американцев, растрёпанных американских женщин, не следящих за своим внешним видом, скучную игру бейсбол и тупой праздник Halloween.”]

Don’t Take Your Own Charter to Someone Else’s Monastery.

“Russians in their soul cannot tolerate foreigners,” [русские на дух не переносят иностранцев] yet another Russian reader tells me.  But how, I wonder, does that reader square this intolerance, with the current sense of Russia’s national entitlement to many things, which by their very nature, necessitate foreign involvement such as hosting the Olympics in Sochi?  Do the trappings of global citizenship ask of Russians a new kind of tolerance to foreign commentators?

Here we have all we need for a meaningful debate: an interesting issue, passionate readers, committed writers, and a well-established forum.   I invite you to join me for just such a thoughtful and considered debate.   What do you think?  Do you agree, as one reader observed that, “the Cold War is long over…relax? [Холодная война закончилась уже давно, расслабьтесь…].

Can the Russian soul learn to tolerate foreigners?

Does my charter have any relevance in your monastery?

This piece originally appeared on the BBC’s World Service website in Russian under the title “Об иностранцах в России и “чужом монастыре” on October 13, 2010.  A link to the original piece in Russian can be found here.