Here we are, once again, drowning in clutter.  It’s time for some major Life Laundry. 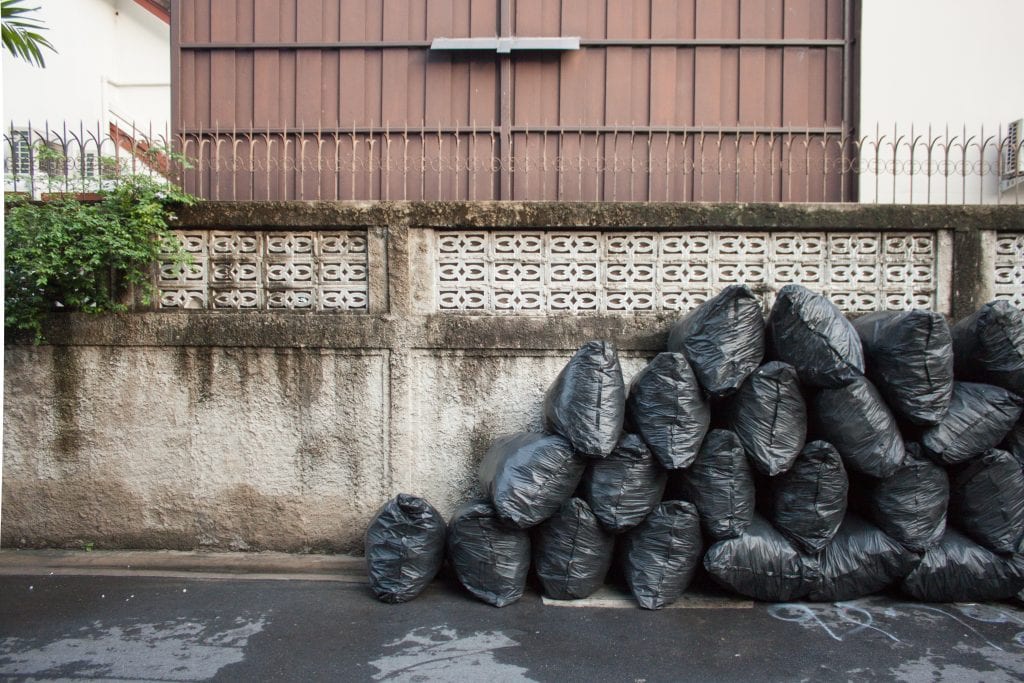 My Russian husband and I are fond of saying that we each came to Moscow with one suitcase in 1992, but that is just another indication of how much water has passed under time’s bridge.

After a few months away in the United States, I’m back in Moscow for the duration, and I see it all with fresh and quite horrified eyes.  There is clutter everywhere: stuffed in drawers, lurking in the pantry, crammed into the linen closet, and abandoned on the Russian architectural element I most despise:  the glassed in balcony. Holding my breath, I gingerly step out on to the balcony, and peer through the grimy dust mites at my husband’s abandoned ice hockey equipment (circa 1995); my daughter Velvet’s left roller blade  (circa 2001); and frighteningly insurmountable piles of paper and floppy disks, defunct pechats, and brochures from companies which no longer exist: the artifacts from my husband’s past five jobs, sitting, stacked up in rump-sprung IKEA plastic boxes, covered in two season’s of pukh.

The time has clearly come to do something about this – something radical and sweeping: Life Laundry on an epic scale.  The last time I pitched this battle was in 2005, when we moved from our older apartment to this one.  About four months before the move was scheduled, I began to excavate the deep shelves of the menacing stenka in our spare room of a few of the geologic layers of junk lurking there.  It was appalling what I unearthed.   We had things in that apartment that no rational human being needs or wants:  VHS tapes (we no longer have a VCR), way too much chipped Gzhel’, ratty old towels, a really scary mother-of-pearl Bohemian china service, broken kitchen implements, 527 left socks, decks of cards with no King of Spades, and a mountain of CDs.

Russians never throw anything away.  Ever.  Anything. Russians, as a rule, do not have the clutter-busting DNA.

“Could we just throw these CDs we got at Gorbushka in 1996 away?” I asked HRH, “Because I think we’ve uploaded them all onto iTunes,” my hand hovered over the sky blue garage bag.

“No no…I need to go through those,” said HRH emphatically.

So, I would wait until the cover of darkness or until my husband was at work, and Babushka wasn’t over to “help,” and tiptoe out to the dumpster a garbage bag in each hand.   I would lay them gently against the dumpster where they were immediately pounced upon and removed by the deserving Tadzhik dvorniki.  I like to think of 17 Tadzhiks crowded into one basement room, sharing a communal meal of traditional pilaf: the deep metal cauldron balanced carefully on a plastic step aerobics stand I lugged over to Russia in 1993, watching a fuzzy dubbed pirate VHS copy of “Pride & Prejudice.”

Russia’s passion for hoarding is matched by the zeal in the West for clearing clutter.   In the UK and US, shows with telltale names such as “Clean House,” “Life Laundry,” or “Extreme Hoarders” enjoy prime time TV slots and high ratings.   We watch, horrified, but glued to the television as a perky but firm show host leads two cheerful burly handymen and an interior design specialist into “The Messiest Homes in America.”  The owners resist for about seven minutes, have a tearful emotional breakdown, then, blow their nose and take every single thing out of their homes and sell them in a massive yard sale on their front lawn.

“Let’s sell some of this stuff,” I suggested to my husband, as I indicated some really ugly faux leather furniture from Turkey he’d snuck into the flat when I was on holiday.

“Petrovna,” he said to me sternly, “This isn’t 1991…there is no need for shock therapy economics.”  This seems to be a sentiment echoed by most of the Russians I know:

“Poost’ budet!” insists my friend Nina’s octogenarian mother, “Just leave it here,” to her increasingly shrill requests a cull of the empty lidless chipped jars under the sink.

“Ah..mala-li?!” queries my husband, cocking one eyebrow menacingly, when I try to deep-six his smelly old sweat pants from the mid ‘80s, “just suppose I want them someday?”

This article first appeared on the BBC’s Russian Service website, as part of the Страна Russia series on Foreigners in Russia.  The article was posted in Russian, under the title “С хламом по жизни” on June 28, 2010 and a link to the original article and the many spirited comments (in Russian) can be found here.