Kharcho: A Welcome Guest From the Near Abroad

Georgia’s tangy lamb soup marries tomatoes and pomegranates with walnuts and cilantro in an unforgettable soup that will transport you up to the peaks of the majestic Caucasus Mountains. 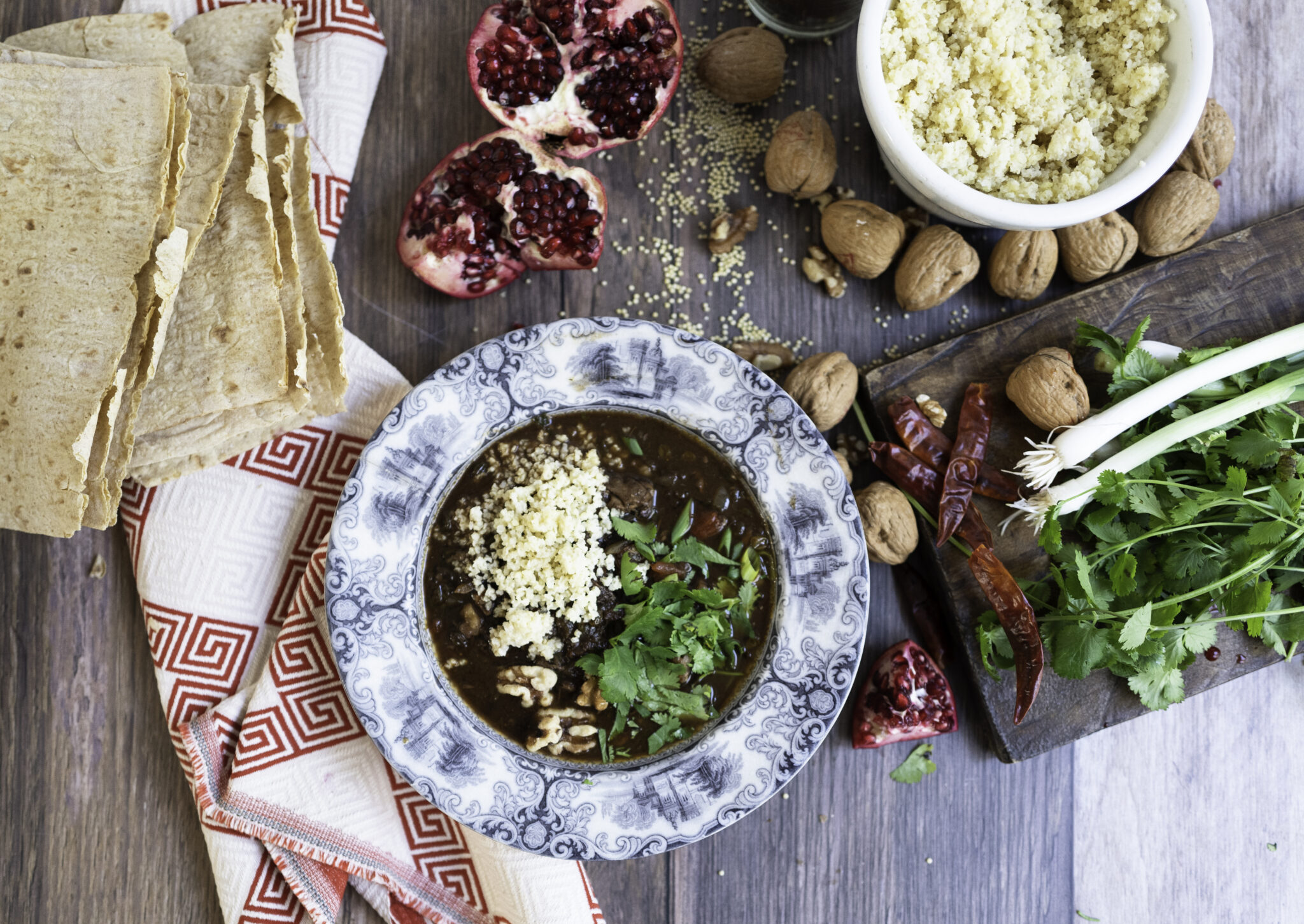 When it comes to matters culinary, Russians shed their xenophobia, just as they do their shoes when entering a friend’s home. The fact that current relations with former republics of the Soviet Union are less than cordial, has little or no bearing on the Russian appetite for Uzbek plov, Georgian khinkali, Estonian herring, or Crimean champagne.   Classic Russian cuisine is not known for spices and exotic flavors, but over centuries, Russians have very successfully incorporated both the flavors and cooking techniques of their near neighbors into their own cooking through the import of signature dishes.  The happy result for cooks and gourmands is that the pungent spices of Central Asia, and the musky, nutty flavors of the Caucuses are as ubiquitous as the thick sour cream and salted pickles of Russia.

Kharcho, a hearty and savory meat and tomato soup that almost qualifies as a stew, is a perfect example of a dish that is celebrated far beyond the borders of it’s native Georgia.  In Russia, kharcho is as much a staple of the stolovaya, or workplace canteen as it is a fixture on an upscale restaurant menu, or a midweek favorite of a three-generation family.   I’m particularly fond of it in winter, since nothing else quite warms you up like a hot bowl of kharcho after a day of trudging through the snow.

As always with soups, for every cook, there is a different kharcho recipe.  There isn’t much agreement on the basic foundation ingredients:  some say lamb, others insist on beef.  The rice faction refuses to even discuss the merits of the more traditional millet or what one culinary historian argues is the original starch component:  dried bread softened in yogurt.  One thing is certain, however: kharcho gets its signature tangy sweet and sour layer of flavor from dried fruits.  In the Former Soviet Union, this is sold as “plum paper” – thick sticky sheets of dried fruit skin, or its companion “apricot leather.”  Acceptable substitutes include prunes, apricots, and pomegranate juice and tamarind rind.  I used all four to get the right flavor.

If you plug for millet (my hands-down choice) try cooking it separately and then adding it into the soup just before serving. That way, the millet will not absorb all of the moisture and turn the soup into porridge.   Be sure to have lots of fresh coriander, parsley, mint and dill for a generous garnish.   Finally, kharcho is one of those dishes that taste even better the next day, and better still on the day after that.  So, go ahead, make a lot!

*Do not put the millet directly into the soup pot. Spoon hot soup over the cooked millet in the soup bowl to avoid the millet turning gummy and absorbing too much of the soup. Store the surplus millet and soup separately. To serve the soup: discard the lamb bones and garlic husk, then place ½-cup of millet into a shallow soup bowl and ladle the hot kharcho over the grains. Top with fresh cilantro and other herbs, sliced scallions, and a few chopped walnuts. Serve with chewy flat or lavash bread and a good Georgian wine.
Tried this recipe?Mention @jennifereremeeva or tag #destinationenrichment! 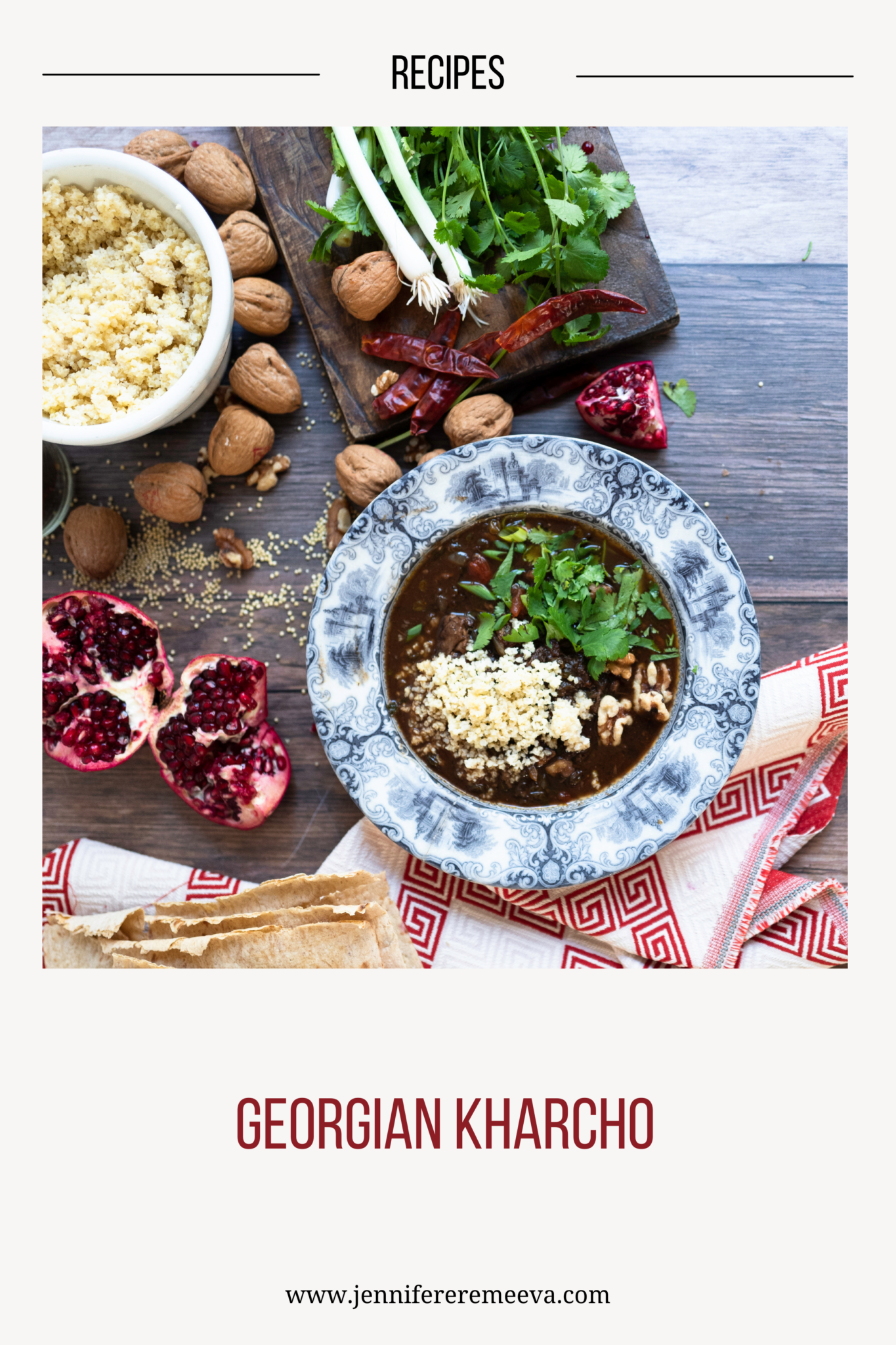 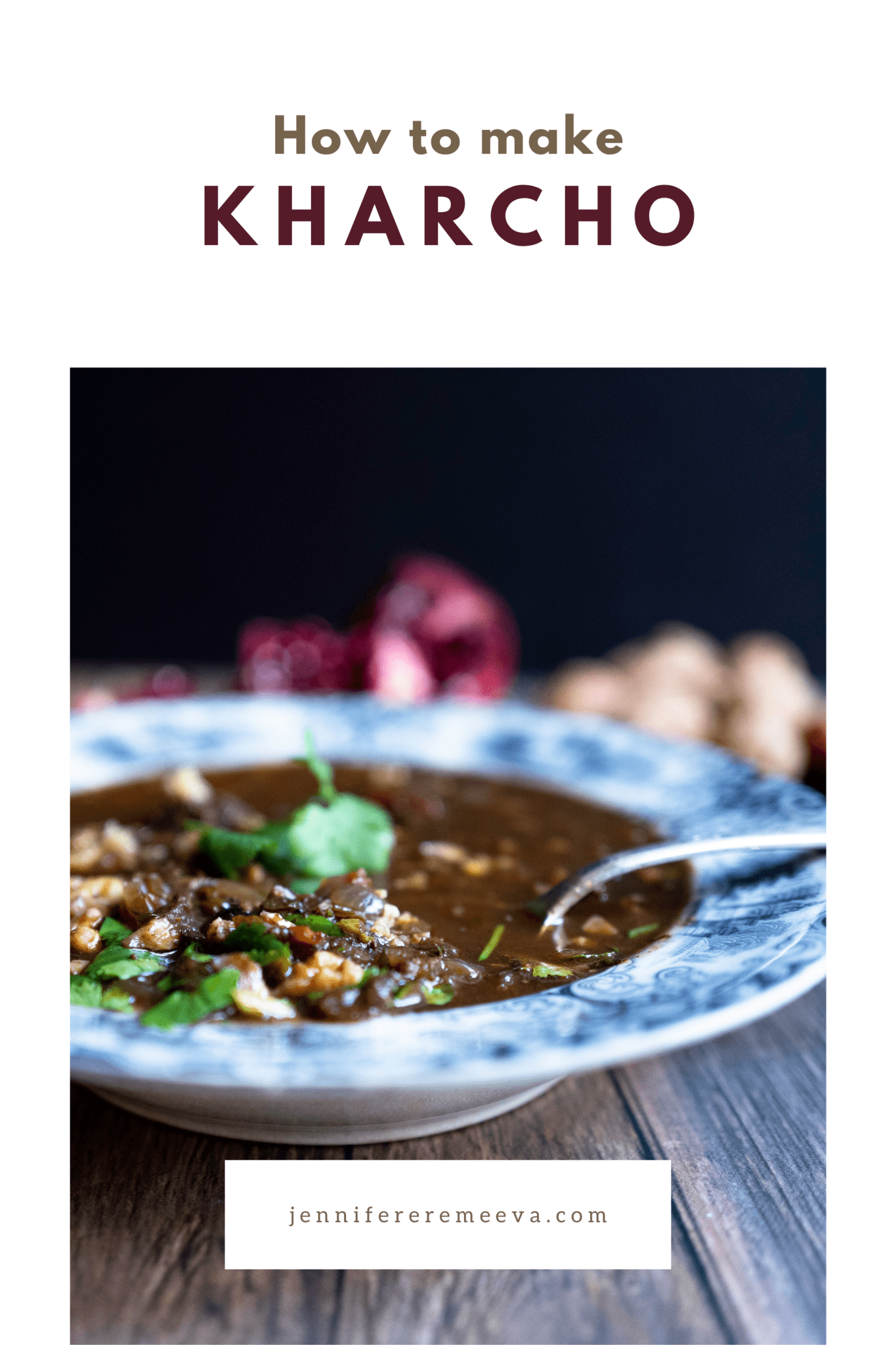 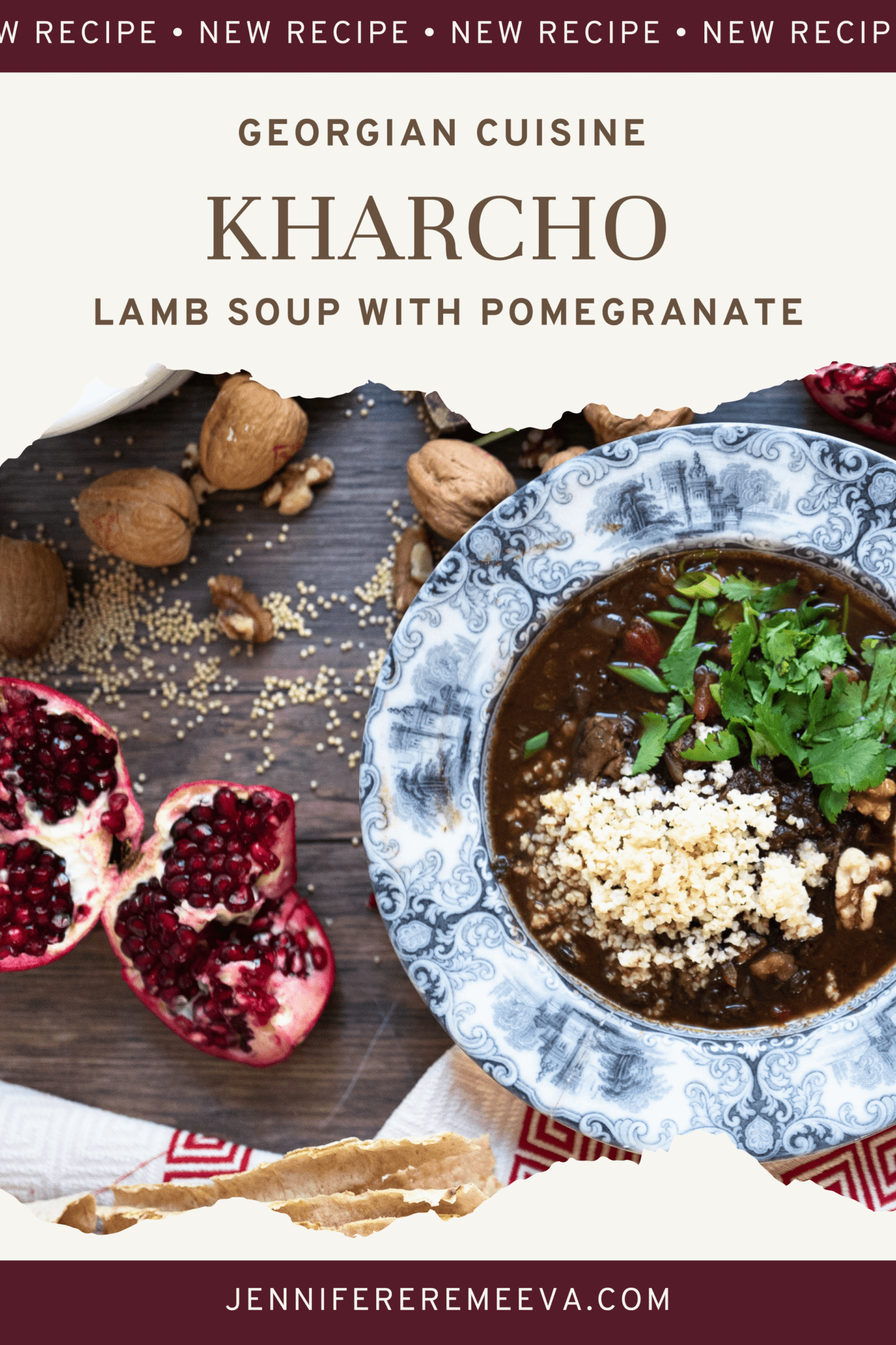