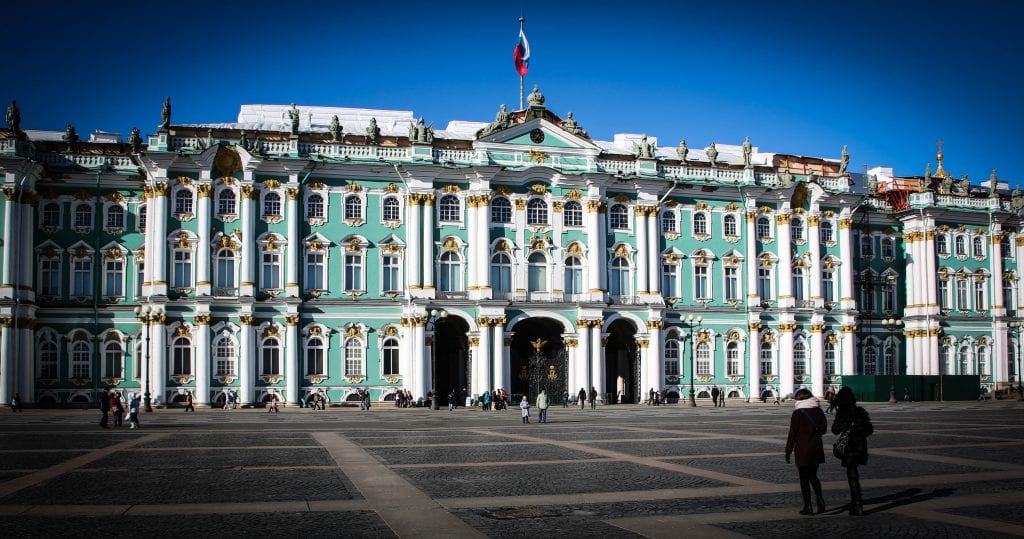 This is not so much a Russian holiday as a universal one, but it was an international holiday created in Russia, and there aren’t so many of those (until this blog goes viral that is), so we’ll make a note of it.

In 1977, in Moscow, the 12th Congress of the International Council of Museums (ICOM) adopted a resolution proposed by the Russian Delegation (who else but the nation that treats public and professional holidays like crack cocaine?) to instigate International Museum Day.  Each year, on May 18th there is a large conference with a theme, and this year in Shanghai they’ll be looking at “Museums For Social Harmony.”  Some, but not all museums offer entry free of charge.  Check your local listings.

Like anyone with a coverless, warped paperback of From The Mixed-Up Files of Mrs. Basil E. Frankweiler: the timeless story of two suburban pre-teens who run away and live in the Metropolitan Museum of Art for a week, I’m a big museum fan, although I did take a decade-long hiatus from visiting them.  As a college student in New York City, I wrote all my Art History papers at the Frick, and sometimes just went there to hang out.

Claudia knew that she could never pull off the old-fashioned kind of running away…She didn’t like discomfort…Therefore she decided that her leaving home would not be just running from somewhere but would be running to somewhere. To a large place, a comfortable place, an indoor place, and preferably a beautiful place.  And that’s why she decided upon the Metropolitan Museum of Art in New York City.

~Opening lines of “From the Mixed Up Files of Mrs. Basil E. Frankweiler”

Herding 78 people through the Hermitage is a very different kettle of fish than spending a leisurely morning on one’s own at the Wallace Collection, and after a few seasons I began to look forward to an afternoon at the Hermitage as one would a root canal, and spent more time in the adjacent cafes and tea rooms than I did in the galleries. 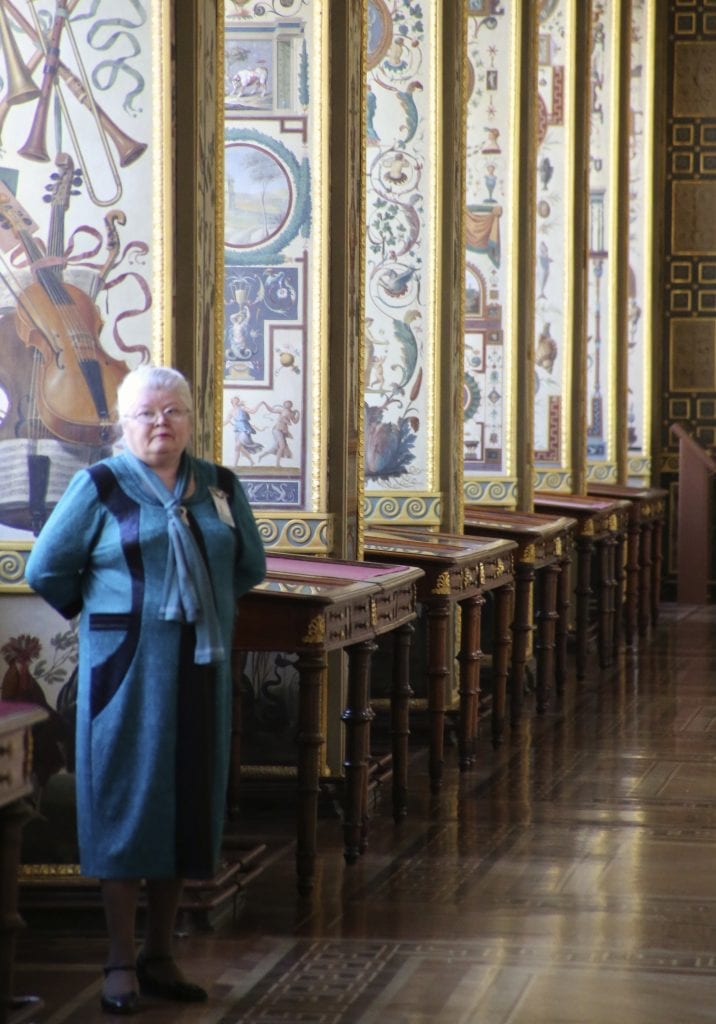 “Can we spend a week at the Hermitage?” tourists would beg on Day 1.

“Let’s see how you manage a morning, and if you like…” I would say innocently, mentally assigning the group a numerical drop-out spread, “You can go back after lunch.”

Three hours later, I’d watch them stagger out the exit onto Palace Square, gasping for air, waving away the picture booksellers.  Having assembled them all on the coach and bribed the driver with a pack of cigarettes to put on the air conditioning, I would innocently ask: “Now, who would like to return after lunch?”  The answer was usually no one. 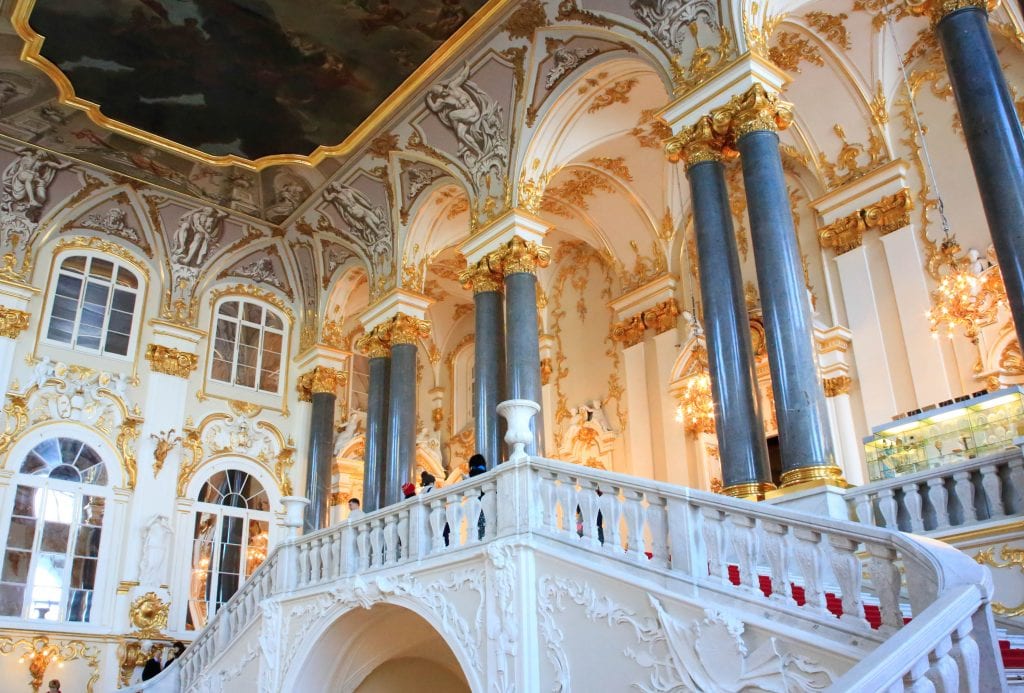 Because the tourist infrastructure in Russia in the 1990s basically sucked, tourists to Russia had to be supervised as vigilantly as a group of energetic toddlers, and we tour managers and local guides would have conversations more appropriate to the parents of 3-year-old twins:

“If you do Peterhof without me,” I’d say to the Russian guide, “I’ll take them on a Moscow Metro after the Pushkin Museum, and you don’t have to come back to the hotel with us in the evening.”

“OK,” she’d say, then up the ante, “But you’ll have to bring them home from Swan Lake on Tuesday.”

Thank you very much for stopping by on a double-header day!  I’m taking a definitive poll: nominate your Museum of Choice by copying and pasting this list into the body of a comment with your votes for the following categories:

5.    Most Push and Shove in Front of a Major Work like the Mona Lisa in the Louvre

9.    Top Choice to run away to and live in like Claudia and Jamie Kincaid in From The Mixed Up Files Of Mrs. Basil E. Frankweiler

10. Biggest waste of time ever