A day off is always welcome.  But when exactly does it come? 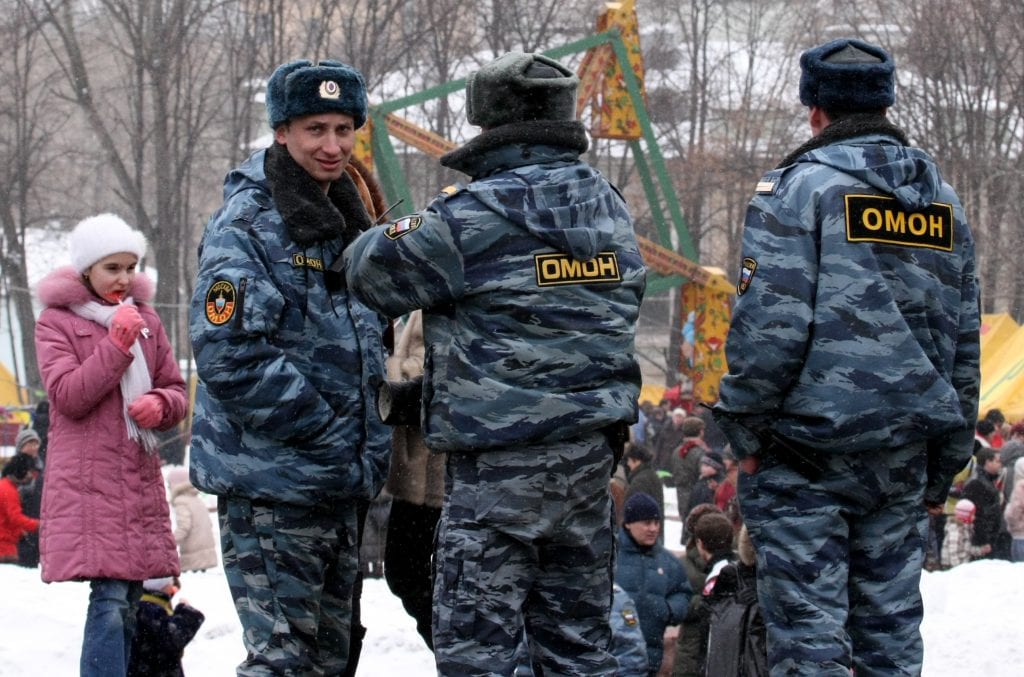 “So,” says my friend Sveta, “If this Tuesday is the actual holiday, that means we get Wednesday, Thursday, Friday, and Saturday off –“

“No, no,” interrupts Katya, “this Saturday and Sunday are working days – it’s the following Sunday that is off, but the Saturday after that is a work day.”

Another of the Russian holidays is yet again upon us.  A time for merriment, and public celebration, and total time management anarchy, as work weeks surrounding the event are massaged by a truly warped individual sitting in a windowless room in the Kremlin.  The result is a number of six-day working weeks, which somehow results in one four-day break.  This plays havoc with school calendars, business trips, and everyone’s internal clock.  It’s like the calendar equivalent of the Grand Canyon for someone with an ambitious To-Do list: everything from dentist appointments to bi-lateral treaties is postponed until “After the Holiday.”   I wish I knew someone in power — I’d float the groundbreaking concept of “each third Monday in November,” and might just earn myself a well-deserved Order of St. Andrew.

Public holidays in Russia abound: including the traditional New New Year (January 1) and Old New Year (January 13), International Women’s’ Day (March 8th), Labor Day, (May 1) and Victory Day (May 9), as well as more recently-invented Independence Day (celebrating the thirteen year independence from Estonia, Latvia, Lithuania, Georgia – particularly Georgia — Ukraine, Belarus, Moldova and the Stans), Constitution Day – so new that no one remembers when it is, and the newly-minted “Day of Unity and Accord,” a recycled holiday from the traditional early November anniversary of the “Great October Revolution Day,” not now celebrated.  Openly.

“Old New Year?” I hear the annoying kid in the front row say; and  “why do you celebrate an October Revolution in November, huh?”   This confusion has its origin in the fact that Russia didn’t adopt the Gregorian calendar until 1923, while the rest of the world had got on board in the mid 18th-century.  This resulted in a subsequent thirteen-day discrepancy between Russia and the rest of the world and left Russia with a different Easter, a very late Christmas (January 7th) and more than one New Year, all of which are excellent excuses to open a vodka bottle.

Russia’s rulers, from Rurik on down, have subscribed enthusiastically to the “circus,” if not the “bread,” part of the “Bread and Circus” school of government, and spare no expense to put on a good show.  If the clement weather is called for, storm clouds are seeded, ensuring horrific weather for the ensuing three weeks.

Nice round numbers like the 850th anniversary of the founding of Moscow, or any number ending in “five” or “zero,” having anything to do with World War II considerably up the ante.    Milestones of this magnitude call for massive public partying: fireworks in Red Square, folk dancing demos on the main street, fun runs on the Garden Ring, all designed for the enjoyment of the masses in the common celebration of a national event.

This is, of course, the clarion call to get out of town for the duration.  Public holidays are the only times I advocate a trip to the dacha, or, better still, to Italy for the weekend: shorter travel time and better food.  Actively participating in the epicenter of the national celebration is just not worth the hassle:  this is sadly not Times Square on New Year’s Eve, nor the Champs Élysées on 14th of July.  In Moscow, all the streets are cut off, Metro station exits and entrances you depend on are shut down without warning, crowds are squished up together (and a little of that goes a long way) through re-routed pedestrian routes, and I always have an eerie feeling that the battalions of sullen pimpled crowd control recruits are about to break into a spirited rendition of “Tomorrow Belongs To Me.”

This is what I know about Russian public holidays: they are not for the public, and that includes me.  So, I won’t be in Red Square for the 50th anniversary of some yap-yap dog orbiting the earth in a tin ball, but I’ll see you “After the Holiday!”