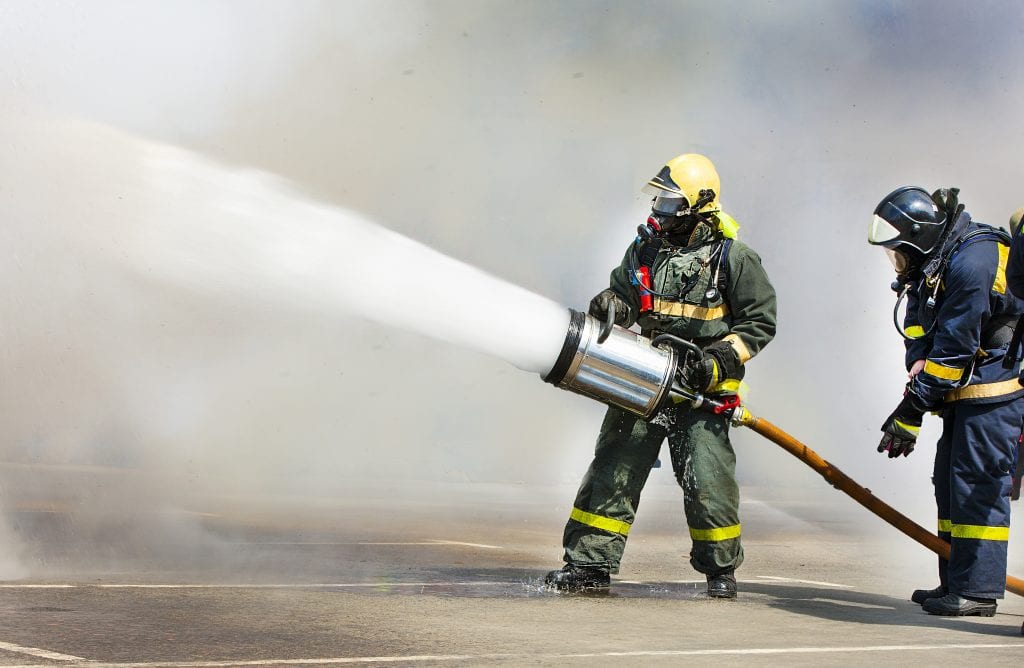 Firefighters in Russia are a part of an organization that wins a closely run “Most Complicated Name of a Russian Ministry” competition:  The Ministry of The Russian Federation for Civil Defense, Emergencies, and Elimination of the Consequences of Natural Disasters abbreviated as EMERCOM in English and MCHS in Russian.

If you watch Russian TV, you know: these are the guys with the best parkas hands down, no contest.  According to EMERCOM’s very user friendly website: there are 220,000 firefighters who will be celebrating today, so my advice is to check that you’ve unplugged the toaster and dumped all those cigarette ashes down the loo since these guys will be celebrating all day long.  Joining them will be the 210,000 volunteer firefighters, so it is set to be a big party.

I wondered if there would be many women at the party, and extensive Internet searches for “Female Firefighters in Russia” did not reveal much that I could publish on this blog without having to add an “Adult Only” rider, though I did find a PG-Rated online dating service for single firefighters and, as a public service message, I link it here.   If any readers know the answer, I hope you will get back to us with some statistics!!

This year will be the 361st anniversary of the founding of Russia’s Firefighting force on April 17, 1649 by Tsar Alexei Mikhailovich, whom you won’t have heard of, the father of Peter The Great, whom you will have.

Exactly right.  Because Russia was 13 days behind the rest of the world, languishing in the calendar system created by Julius Caesar in 45 BC or BCE until 1917 when Vladimir Lenin pulled the world’s largest country onto the slick, new and improved Gregorian Calendar of 1582 .  I wrote about this in a column on Russian Public Holidays, which a lot of people, most of them called Olga, didn’t think was funny.  They were wrong.

But, to get back to the Russian Firefighters: who doesn’t love a fireman?  What’s not to adore?  As regular readers know, I’m not the President of the Russian Uniformed Militia/Civil Servant Fan Club, but I do have a great fireman story (are there any bad fireman stories?) and it is this:

Back in my miss-spent youth, or, as my daughter Velvet says, “before there was e- mail,” I worked as a tour guide in post-perestroika Russia which, in those days, was uphill – talking steep incline — work.  Not only was there no e-mail, there were practically no phones, no yellow pages, and lots of stuff that was off limits.   American tourists, however, didn’t think the “off limits” part applied to them, and they were always after me to find impossible-to-find things like dog shelters (this was also before Barbara Spier  got busy creating these), their long-lost third cousin Masha, last heard from in Karaganda in 1941 (as I touched on a recent post on the Stalin Era Terror, cousins called Masha who lived in places like Karaganda from 1936-1953 are very hard to find indeed), pedicures on the Trans-Siberian railway (seriously), condoms, The Seventh Day Adventist Church, and lots of other Holy Grail-type things.   I’d stand there at JFK at Gate # 10 waiting to meet them and wonder what the next 7 days would have in store for me.One March, a group of three men arrived to check in with me – all tall, moderately good-looking, fit, and very wholesome looking.  I can’t recall where they were from, but it was considerably west of JFK.  They announced to me before we boarded the plane that they were firemen and said they really really really wanted to visit a fire station in Russia.

One March, a group of three men arrived to check in with me – all tall, moderately good-looking, fit, and very wholesome looking.  I can’t recall where they were from, but it was considerably west of JFK.  They announced to me before we boarded the plane that they were firemen and said they really really really wanted to visit a fire station in Russia.

“Absolutely,” I said, which was what I always said standing at Gate # 10, and then promptly forgot about it.   It was a long and complicated itinerary and our days were packed.  They reminded me a few times during the first day, and so I asked our Intourist guide, Tanya, if she thought we could make time for a stop at a firehouse.

Tanya assumed the maddeningly noncommittal air Intourist guides were trained to assume even before they were taught to use a microphone, and said we’d have to see.  I knew what that translated into: I would have to sort out this problem myself.

In 1989, I wasn’t entirely sure that the Russian firemen, closed off from all but Warsaw Pact firemen for 3 generations were going to be at all excited about Americans walking in and claiming international brotherly rights.  I had reservations about there being an adequate stock of little banners if indeed there were little banners at all.

“I’m not sure we have time for it,” said Tanya in Vladimir and Suzdal.

As we reached the end of our journey, in Kiev, my least favorite city of them all, the firemen were giving me petulant looks, and I finally decided to take my chances with the bus driver, Volodiya.   I handed him four packs of Marlboro cigarettes (a veritable fortune in those days) and explained the problem.  He swept the packs into some concealed part of the driver’s seat, flashed me a tobacco-stained smile and told me to leave it to him.   Later that afternoon, Volodiya took me and the firemen to a leafy suburb and pulled up in front of a real Russian fire station.

“Did you tell them we were coming?” I asked Volodiya.

He looked dumbstruck and began to protest violently that this had not been part of the agreement.  I sighed deeply.   It’s moments like this that keep Russia out of the WTO. I pointed out that merely locating the firehouse was a one pack deal, taking us there and back was also a one pack deal, but that for an entire FOUR I had hoped he’d lay some groundwork.  He shook his head.

All men are created equal, then a few become firemen.  ~Author Unknown

There was nothing for it.  We hopped off the bus and strode purposely towards the fire station.   Inside, there were five sleepy men seated around table playing cards.

“We are American firemen,” I said tentatively.  They gave me a curious look, then clocked the three men flanking me, relaxed, nodded, and then stood up and, in what was clearly a well-rehearsed production taught to them in Firefighter school, shook hands and began to give a completely unedited tour of the facilities including the pole, the sleeping quarters, the uniforms, the helmets…the whole enchilada.  My guys climbed up on the station’s sole fire engine made the same year as the Sputnik, and I snapped pictures of them grinning from ear to ear, arms around their Russian counterparts.

I was holding my breath, but, sure enough, little banners were produced, and exchanged.  More photos.  Then, the inevitable:  numerous bottles of vodka and some salami.

“This is very cool,” I commented to my American fireman.

Toasts were proposed to American Firemen and Russian Firemen and firemen in general, international friendship, and I raised a silent toast to myself…another Holy Grail run to ground.

We’d have been there all night, were it not for Volodiya, who pointed out that staying past 9 pm was going to cost another half a carton.   So we took three incredibly drunk firemen back to the fleabag hotel, clutching their little banners, 100% satisfied.

Which is why Russian firefighters have remained very dear to my heart!  Happy Firefighters Day!

Thank you very much for stopping by and reading today’s Stunt.  It means a lot to me, as does your feedback, which I’d love for you to leave by locating the “COMMENT” button below and telling me what you think about Firefighters’ Day.  Do you know if there are women firefighters in Russia?  Are you a firefighter yourself, and if so, have you got a lot of little banners?