“I am going to start a book club,” said HRH,  the other night, as we watched the evening news. 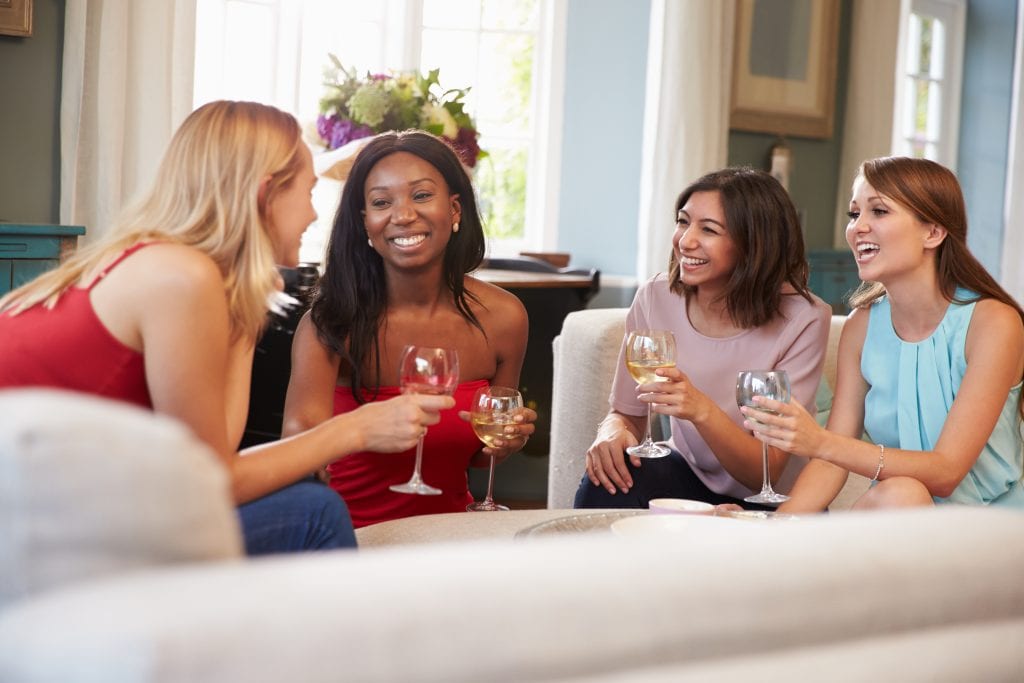 You could have knocked me down with a feather.

“I read the news,” he rejoined.

I thought about pointing out the difference between contemporary fiction and the news — glanced at the TV — and said instead:

“Book clubs, or good ones anyway, tend to focus on things like contemporary fiction, or non-fiction by knowledgeable pundits on the burning issues of our time.”

“Huh,” grunted HRH dismissively, “all of yours seem of focus on having way too much wine with your friends on Thursday nights.”

Living in a foreign country creates an immediate and insatiable urge to stay on top of cultural developments at home.  To do this, you seek out others from your native shores, meeting all kinds of people you never knew at home:  people with goatee beards, Republican people, and people who use “scrapbook” as a verb.   You agree to be a Girl Scout Leader, which turns out to be much better than you thought; then agree to help some twisted individual unpack a collection of 15,000 Russian matryoshka dolls, a Kafkaesque experience that time and alcohol turns into one of your favorite expat anecdotes.   In desperation, you seriously contemplate attending some form of divine service but reject it in favor of a lengthy lie in on the weekend.

Eventually, the universe cuts you some slack and you get invited to join an English-language book club, and this seems like the third stage to Nirvana.

Expats bring book clubs into the world with lofty aspirations: a carefully considered, handpicked list of participants, a firm commitment fixture on the calendar, and rarified guidelines: “focusing on native English-language fiction, currently enjoying critical acclaim.”   With time, however, the lack of a reliable source of books, and the general ebb and flow of expat life, the rules soften and then rot.  Blink, and your book club is poised on the brink of chaos:  Stephanie and Verity move back home, so you let Stacy, who isn’t, let’s face it, the sharpest tack in the box, join.   It proves impossible to find a date that works for anyone, so you skip March, and since no one’s husband went to London on business, there aren’t any copies of April’s book, but when you do get around to reading it the following September, the only “critical” material is something Amy copied and pasted from amazon.com.     And then comes the real death rattle: Becca, who hasn’t been in Moscow long enough to know better, invites her new Russian friend Olga to join, and unless some decisive action is taken, you’ll all be stuck reading Master & Margarita. Again.

Cordelia and I were in charge of just this kind of book club, and last Wednesday we met at Remy’s for garlic soup and literary euthanasia.   As usual, we had the place to ourselves, and Cordelia suggested we get the discussion over with so we could give ourselves wholly over to the soup.

“Kill it off,” she stated, drawing heavily on a Silk Cut Ultra Light, “shut it down.”

‘Did He Who Make The Lamb Make Thee?’ I thought to myself.

“Not remission, try a little chemo?” I ventured, “Dismantle until everyone gets back from Christmas?  Transfuse some new blood?”

“Nope,” said Cordelia in her definitive ‘the sun never sets on the British Empire’ manner, “If they want to continue, then fine, but I am not going to read one more of those sticky toffee pudding books ‘Ya Ya something-or-other.’”

“’The Divine Secrets of the Ya Ya Sisterhood,’” I corrected, as two bowls of fragrant creamy soup were placed in front of us.  We inhaled silently. Remy’s may well be a front, but the chef makes a mean bowl of garlic soup.

There had been a longish run of that particular genre.

“And,” Cordelia, added, shaking a well-licked spoon at me, “Let me say this right now, I refuse to read anything about Aspergers’ Syndrome, bees, mermaids, or quilts.”

Cordelia had a point: it had been a precipitous slide from Ian McEwan to Jodi Picoult.

“Look,” said Cordelia, more softly, “It’s served its purpose:  you and I have become friends. That’s what an expat book club is for.  Don’t worry, I’ll send out the e-mail. Now, I propose we just have another bowl of this soup for our second course, and I tell you what, how about, just this once, we split a bottle of wine?”

Author’s Note:  This post first appeared as a column entitled “Kill The Book Club” (I know…can you STAND it????? Olga Quelque chose strikes again!) in Russia Beyond The Headlines on April 28, 2010 and a link to that version can be found here.

Everyone has a book club story…what’s yours?  Did you have to kill it off because someone wanted to read Jonathan Franzen?  Is your book club still intact, and if so, what’s your secret?   What are you reading now? What’s your take on Oprah?  Do you sometimes feel you can just, like, read on your own?  Log in by hitting the Comment button below (it’s there…really, it’s just very small and it is stuck amongst all of those other tags… and  as soon as one of you does, it is so much easier for the others.

And just as a reminder to those very deeply embedded readers in the Pioneer Valley, I’m still up for joining your bookclub…even if you are reading Jodi Picoult.  That’s OK.