Eggplant is so tactile! 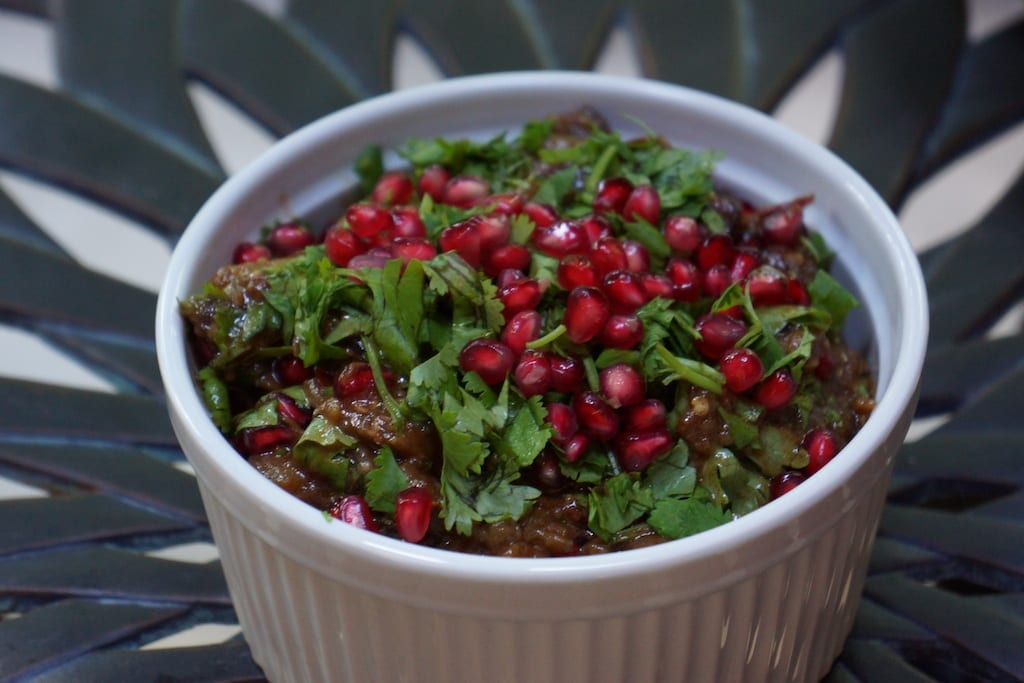 While still on the vine, it is one of nature’s most stunning pantones, cooked; it is musky, pungent, smooth, and satisfying.

Some cooks shy away from eggplant recipes because they believe that it is hard to cook.   Of course, other cooks just forge ahead and cook it without knowing how, like the perspective girlfriend of one of my college mates, a young woman I called “The Vendeuse” so you can imagine.    She was one of those cooks who is just not gifted in the culinary arts, and yet confidentially believes herself to be.  She had me over for one of the longer nights I can remember.    She made eggplant parmesan, which is something I think of as a recipe that you can make ahead of time and then whisk to the table all ready.   Not The Vendeuse.   She spent most of the evening wrestling with the eggplant and the eggplant won.    It was not a pretty sight.  Her eggplant rounds were about 4 inches thick, she did no prep with them, and she used up almost an entire bottle of Wesson’s vegetable oil in her attempts to cook them.  The result was greasy and charred on the outside (a difficult fusion to achieve) and raw on the inside.  Disaster.  The Vendeuse did what anyone would in her situation – she got very drunk on a lot of very bad red wine, and I’m happy to say that my buddy has moved on to someone else who is not a Vendeuse and does not bring bottled salad dressing to the table.  (Shudder).

My go-to technique for eggplant was always roasting until the nice people at Cook’s Illustrated came up with the technique used below.  I found this incredibly liberating!  When I have a fail-safe method, I’m much more inclined to trot out all kinds of recipes with eggplant.

This starter has proved a popular favorite with many guests around The Moscovore Board.   It was one of the first recipes I tried from Silvena Rowe’s new cookbook, “Purple Citrus and Sweet Perfume.”   You know a cookbook is a keeper when you drool as much over the photos as you do over the food.  Silvena’s new book has yielded many more culinary slam-dunks and is high up on my list of cookbook recommendations.  She recently appeared on the authoritative Splendid Table for a visit with Lynn, and you can listen to that audio file here. This interview will resonate with many readers, because she talks about the importance of food in challenging environments such as Eastern Europe!  Give it a listen!

Eggplant, Pepper and Pomegranate Spread is a predictable night out for eggplant with it’s two high school sweethearts, peppers and tomatoes, that gets more interesting when the eggplant meets two exotic strangers:  cilantro and pomegranate.   Not a bottle of Wesson oil in sight!   Serve this before a meal and you can rest assured that your guests will be so content, you will have the time in the world to finish the next course!

A Note on Ingredients:

Look for pomegranate syrup, sumac, and red pepper in the farmers’ markets of Moscow, or, if you are not in Moscow, try Middle Eastern or Khalal Supermarkets.