I truly hate dachas.  Here’s Why: 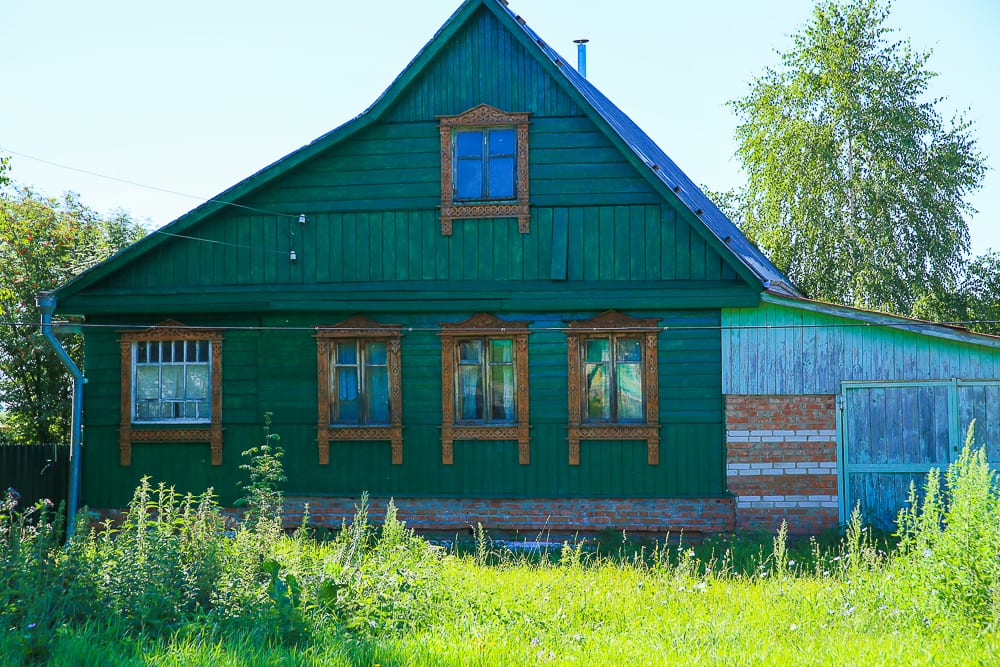 In my last post, I noted that May 1st signals a mass exodus of Russians to their dachas, or country cottages.  And I mentioned that I hate dachas.  And here is why:

A dacha, in its most basic incarnation is a country house or weekend cottage, sitting on a postage-stamp plot of land.   Banish from your mind that nice scene in “Dr. Zhivago” where Omar Sharif, Geraldine Chaplin and Ralph Richardson arrive off the train from hell and are ferried out in the pony trap to that very bizarre interpretation of Variykino.  The one with the implausible onion domes (onion domes are only on churches). That is not a dacha.

Traditionally, at a real Russian dacha, every available inch of the postage stamp is given over to the cultivation of root vegetables.  These form the basic subsistence, through sale at minor profit or consumption, for the dacha owners, a strategy that Omar, Geraldine and Ralph pursued until he went off to the Library and didn’t come home until after Geraldine and Ralph go off to Paris. This socio-economic base is still relevant for about 90% of the population of Russia today, representing only the most minor inching forward in the microeconomic dynamics of rural Russia since the baptism of Prince Vladimir in 988 A.D.

Before perestroika, a dacha added to a Soviet-made car and a tiny two-room flat, formed the Holy Trinity of “The Soviet Dream” come true: the pinnacle of economic well-being in the Stagnation Era.   Some government jobs provided dachas as a benefit, the luxury being commensurate with the grandeur of a job.    Other dachas, or more accurately the deed for the house but not the land, were passed down through generations, making it one of those frustratingly elusive “sure things” along the greasy pole of life in the Soviet Union.

An increasing number of dachas were built last week.    The Great Russian Soul strives for many and varied things, but a dacha is universal.    True to Russian form, however, the dacha is a lot more complicated and seriously less appealing than its obvious counterparts in South Hampton, Sussex or Aix-en-Provence.   Dismiss the idea of “On Golden Pond:” that remote, idyllic and nostalgic summer retreat with games of Scrabble missing the X, Y and J tiles, mismatched jelly glasses, and battered and waterlogged Herman Wouk hardbacks.  Despite Russia being one of largest countries in the world, most dachas are inexplicably built in clumps, one on top of the other, creating an effect of housing developments rendered in Lego by a four-year-old.  HRH has patiently explained to me that the water and electricity lines are limited outside of major city areas, but this is surely ludicrous excuse, for a country that put the first man in space.

Most of what I know about this kind of dacha settlement, I know from frequent air travel in and out of Moscow.  Analysis at ground level is more challenging because of the nine-foot cast iron gates that surround dacha settlements.

Dachas and country residences have sprung up like mushrooms with a vigorous disregard for consistency of style, size and, I fear, taste.   The result is you are likely to see an exact replica of King Ludwig’s Neushwansian bang up against plywood Frank Lloyd Wright knock-off.  To be fair, more recently, a certain sophistication and snobbery has crept in and “cottage settlements” are being developed with names like “Sherwood Forest”, “Tivoli” or “Longchamps” and the kind of house on offer is limited to only a handful of pre-set styles.  One of HRH’s less appealing buddies took him off to view a new gated community called (and spelled) “Green-vitch.”   Greenvitch’s glossy brochure offered a choice between a.) The Swiss Chalet, b.) The Anne Hathaway thatched cottage, c.) The Spanish Hacienda or d.) The Florentine Villa.  I offered The Contested Divorce as Option E.

My dachaphobia, much like my preference for uncluttered surfaces and ice in my drink, is a source of constant bafflement to my Russian acquaintances.

“So good for the children!” cooed Velvet’s nanny, who asked me to say I’m taking her to the USA one summer, so she didn’t have to be out at her dacha all of August with her grandchild.

“The fresh air!” enjoins my housekeeper – a sturdy 50-something woman recently hospitalized for three weeks following a collapse, I suspect was not unconnected to a marathon potato planting at her dacha.

“Oi…” sighed my colleague, every Monday morning from May to September, as she sank gratefully into her office chair and surveyed her scratched, sun burnt and chapped hands.  “I am beyond tired.”

The fact of the matter is, and no amount of Chekhov will convince me otherwise:  this whole dacha thing is a well-oiled vehicle to keep female indentured servitude alive and well in the early 21st Century.

Dachniki (those who own and use dachas) adhere to an exacting annual schedule. Over the May Day weekend, the family car is loaded to the gills with everything from barbecue spears to economy-sized packets of nappies, and the man of the house ferries his wife and children out to the dacha for the opening of the season.  Russian men, for it is only ever Russian men who do this, refer to this process by announcing, “I have sent my family out to the dacha.”  Since a Vaudeville style waggle of the eyebrows, a mischievous grin, and the brisk rubbing of hands usually accompany it, it could be more accurately interpreted as  “I finally got the old ball-and-chain, me mum, and the brats the hell out of town for the summer.”

And so sounds the opening bell for a season of unchecked hedonism in urban centers from Brest to Ulan Bator, kick-starting a mind-boggling transformation: bus drivers start to shave daily, cafes and bars extend their happy hours, restaurants offer asparagus, oyster, and other aphrodisiac food festivals, and hotels advertise weeknight specials.  Sales of condoms and nail polish reach annual spikes, and just you try to get a bikini wax on a Tuesday afternoon.   I walk down the street, knocked for six by the scent of cheap cologne on beefy security guards and blinded by the metallic sheen of secretaries’ regularly highlighted hair from May 1st – September 1st.

Thank you so much for stopping by and reading this post.  It means a lot to me, as does the feedback you can leave for me by clicking the comment button below and telling me what you think.   I’d be interested to know: have you ever been to a dacha?   Have you seen Dr. Zhivago?   Do you live in a community where half of a population leaves during a particular season?  Does that departure lead to aberrant behavior?  If so, what kind?