Day of the Railway Workers/День железнодорожника: Rise Up So Early In The Morn

Today is the day of the Railway Workers in Russia!

This is one of my favorite professions, and over 1 million employees of Russian Railways, Inc will be celebrating today, so if you happen to be on a train today, be sure to wish anyone working a very happy profpraznik.

Railway workers’ day is one of the oldest professional holidays celebrated in Russia, though it has taken some shifting to get into its current gauge of the first Sunday in August.  The holiday was first inaugurated in 1896 by order of Tsar Nicholas II during the active construction of the Trans-Siberian Railway, and the date chosen was June 25th, the birthday of Nicholas’s Great-Grandfather, Tsar Nicholas I (1825- 1855) who oversaw and encouraged the construction of Russia’s first railway in 1837.   The holiday was celebrated until 1917, and then dropped until July 28, 1936, and later moved to the first Sunday in August.

Many of the enduring images of Russia which drew me to the country have to do with the railways:  Yuri Zhivago’s epic trip across civil-war torn Russia, Anna Karenina (of course), John Reed, Lenin in the sealed train, the Finland Station, and Eric Newby’s hilarious Big Red Train Ride with his incredibly grumpy wife, Wanda.   When I worked as a tour guide in Russia, leaving at midnight on the Red Arrow for weekly overnight trip between Moscow and St. Petersburg was always a highlight: the chaos of the station, the chimes announcing the departure, the sweet tea served in old-fashioned metal tea glass holders, called

When I worked as a tour guide in Russia, leaving at midnight on the Red Arrow for weekly overnight trip between Moscow and St. Petersburg was always a highlight: the chaos of the station, the chimes announcing the departure, the sweet tea served in old-fashioned metal tea glass holders, called podstakanitchki, and the gentle sway of the rails rocking me to sleep.  Sea travel is my favorite way to go anywhere, but the railways are right up there.

Twice, I traveled to Siberia to ride on portions of the famous Trans-Siberian railway, and I hope to do the whole trip someday, though perhaps not with a group of tourists:  I’m still getting over having to explain to a woman from New York that the train did not offer pedicures (although this is a fabulous idea…because the days are very very very long and ever so slightly monotonous.) 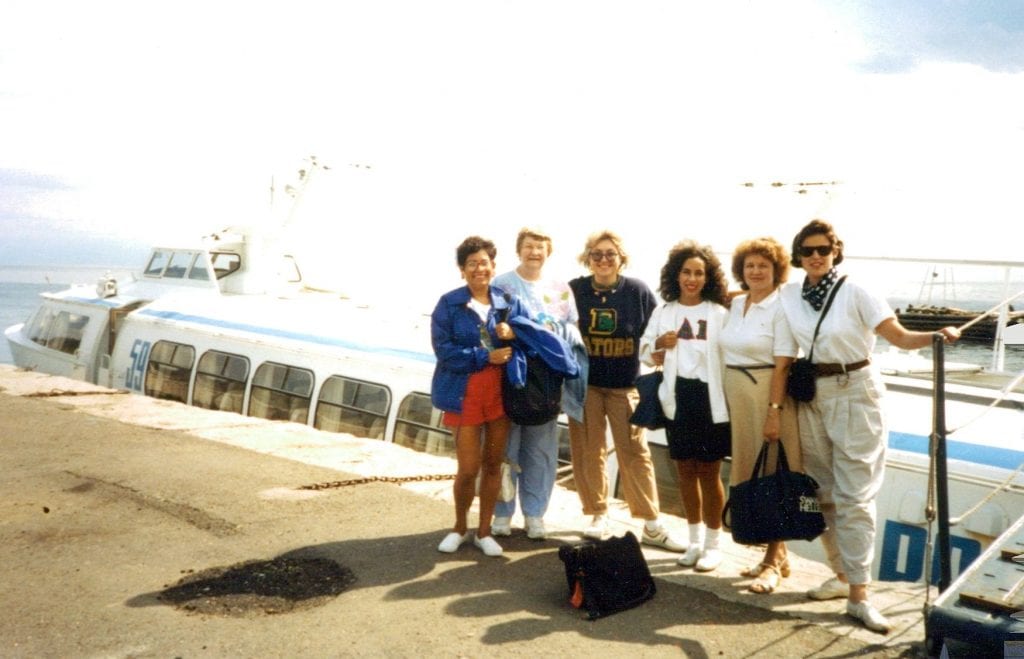 Photo Credit: Jennifer Eremeeva: on the shores of Lake Baikal

The introduction of railway travel and cargo had a lasting effect on Russia in the 19th Century, bolstering the rapid industrialization of the late 19th Century, and transporting peasants from the countryside to join the swelling ranks of the proletariat.   It was Austrian Franz Anton von Gerstner who first lobbied Tsar Nicholas in 1836 with a comprehensive plan to introduce the railroad to Russia, arguing, correctly, that railway travel was far more efficient than the river systems, which froze for half of the year in Central and Northern Russia, or the roads, which were choppy at the best of times.   With classic Teutonic persistence, von Gerstner waded patiently through the mire of the Tsar’s bureaucracy: sitting in endless committee meetings, re-submitting plans, debating with the strong canal faction, and lobbying for support and investment from Russia’s chrysalis merchant classes.   Von Gerstner’s patience paid off, and on October 30, 1837, the Tsarskoye Selo – Saint Petersburg Railway line was officially opened, linking the Imperial Russian Capital, with the summer residences of the Tsar and nobility.

My favorite anecdote about the railway line between Moscow and Saint Petersburg (inaugurated in 1851), is that Nicholas I, exasperated by the haggling of the engineers as to where to lay the tracks, famously took a ruler, slapped it down on the map of Russia, and impatiently drew a straight line between the two capitals, saying “Put it there!” Some tour guides embellish this refreshing story with the notion that Tsar accidentally drew around his own finger, causing a bend in the line around Novgorod, but the line was actually perfectly straight.

Today, Russia’s railway is the second largest network in the world (after the US), with over 85,000 kilometers of track.  The Railway accounts for 2.5% of GDP, moving 1.1 billion passengers per year and 1.1 billion tons of freight (43% of the country’s entire freight capacity).   Russian Railways Inc. is the fourth largest company in Russia, employing over 1 million people.  The Trans-Siberian railway remains the world’s longest single uninterrupted railway track.

I am indebted to Russian Railways Inc.s very helpful and informative website for current railway statistics.

I researched the history of the development of the railway in Russia with the invaluable help of two sources:

Kevin Fink. (1991) “The Beginnings of Railways in Russia”

Are you a railway fanatic?  There usually is one in every family.  Do you know a railway worker?  If you do, be sure to give them a big hug today!  Or, you can leave them a note on this blog, I’ll see that they get it.