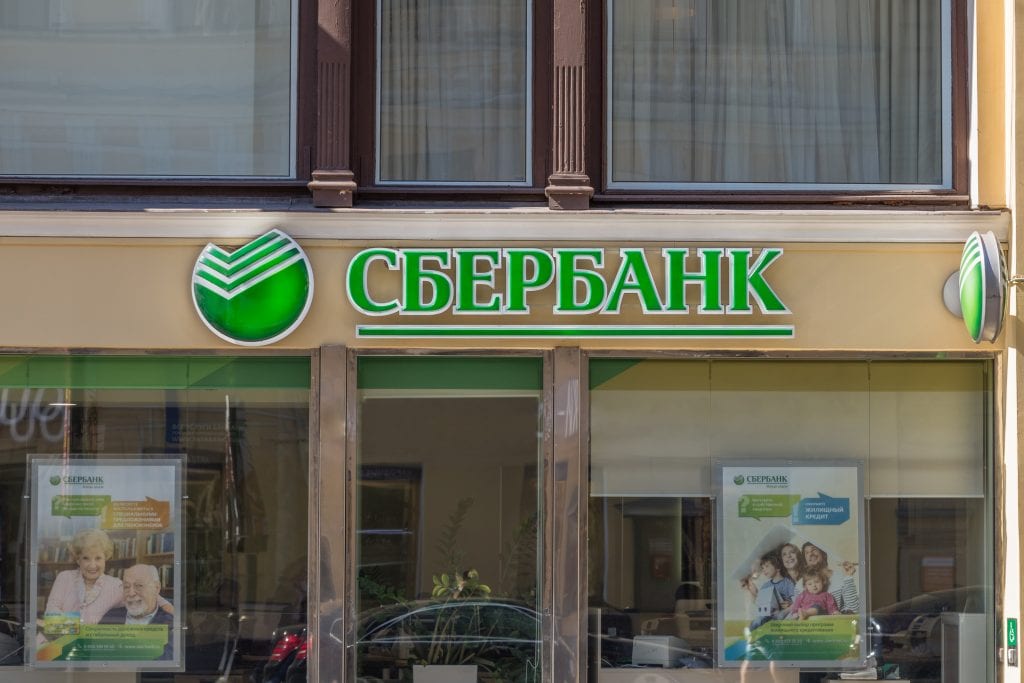 For the benefit of my readers who have not had the unforgettable experience of trying to pay your phone or utilities bill during a compressed lunch hour, Sberbank is the National Savings Bank of Russia. Next to the sweet spot between the mattress and the box spring (which enjoys the only AAA rating in Russia), Sberbank is right up there in terms of reliability.

The Sberbank we love to hate today has roots that go back to the founding of Gosbank, or The State Bank, on this day in 1841. Gosbank was established, as the Imperial Order written by Tsar Nicholas I stated, “for the purpose of providing a means for people of every rank to save in a reliable and profitable manner.”   The call for personal savings accounts was limited in the 1840s since the vast majority of Russian citizens were agricultural laborers, tied economically to the land through the system of serfdom. When the serfs were liberated in 1861, however, savings banks came into their own, as peasants flocked to the cities to seek more profitable employment in the growing number of factories and mills.  By the 1880s, industrialization had reached a zenith, and Savings Banks had spread their network across Russia, opening up rural branches and offering telegraph services for remittance payments.

The Bolshevik Revolution, of course, changed forever the way Russians banked.  All commercial banks were seized and centralized.  As the Soviet Union limped into the first decades of the 20th Century, famine was widespread and few citizens had money to bank. Barter was the most popular means of exchange, until the outbreak of World War II, when the savings banks came back into their own.

In the Cold War era, Soviet citizens banked with Gosbank, which was the only option available to them for making payments and keeping savings secure.  In the mid-1980s and perestroika, the government, under Mikhail Gorbachev, launched a separate institution to deal with savings and loans for citizens, Sberbank.

Next to the sweet spot between the mattress and the box spring (which enjoys the only AAA rating in Russia), Sberbank is right up there in terms of reliability.

In the rollercoaster ride of the wild ‘90s, Sberbank survived by conservative management, and the trust in its “Soviet” brand citizens retained in it.   Sberbank offered lower interest rates than the less stable commercial banks popping up like mushrooms all over Russia, but it was considered safe, as well as enjoying the advantage of a strong regional network, and a virtual monopoly on servicing utilities (telephone, electricity, heat etc.) payments.

Which is where I come in.

I have shed a lot of tears in the Sberbank branches, and I personally would rather scrub toilets – lots and lots of not terribly clean toilets — than ever have to fill in a Sberbank IZVISHENIYA again – just the word Izvisheniya makes me feel very tired and slightly sick to my stomach. This is the motherlode of unpleasant service in Russia.   I daresay that one of Sberbank’s  251,208 employees in one of its 20,000 regional offices is capable of being nice, but I haven’t found them yet.   The typical Sberbank employee one encounters is the kind of large Russian woman with purple hair called Olga something-or-other, who yells at you when you timidly approach the cage in which she works with your phone bill and cash.

Paying Bills at Sberbank:  Not for the Faint-of-Heart

I should not complain about this, since, of course, paying the utility bills was long ago gently, but firmly, taken out of my hands and put into the far more capable hands of HRH’s mother, Babushka.  She very kindly does the leg work, which is great, but it is one of those things — what do they call it – a double-edged sword.  She sees how much electricity we use (and you will readily believe me when I say it is all the sauna), which is not like going through the underwear drawer or anything, but the problem is that no sooner do I head over to Northampton, but she gets her legs under the kitchen table and starts to screw up all my domestic arrangements.  She moans to Raisa, our cleaning lady heaping that special kind of Soviet guilt and class system stuff I can’t begin to understand well, conveying the idea that Raisa shouldn’t use the dishwasher because it eats up so much energy (which costs pennies in the great scheme of things).  So poor Raisa hand washes the Tupperware after its had frozen spaghetti sauce on it, which makes me say to her the next time I go to Moscow that of course all the Tup has to go through the dishwasher for hygienic reasons and then Raisa bursts into tears and we have to have a cup or six of tea and sort it out, and absolutely no fiction gets written that afternoon.

So maybe I should go back to paying the utility bills.

Perhaps I’ll go over the Sberbank and wish them a happy profpraznik and case the joint.  Maybe they have streamlined the operations.  I doubt it but tell you what, you do the same, and let me know how that goes, by leaving a comment below.

How do you pay your phone bill?  Is the procedure painful?  Have you ever had to fill in a Sberbank izvicheniya?  Do you agree with me, it’s the IPECAC of To-do list items?