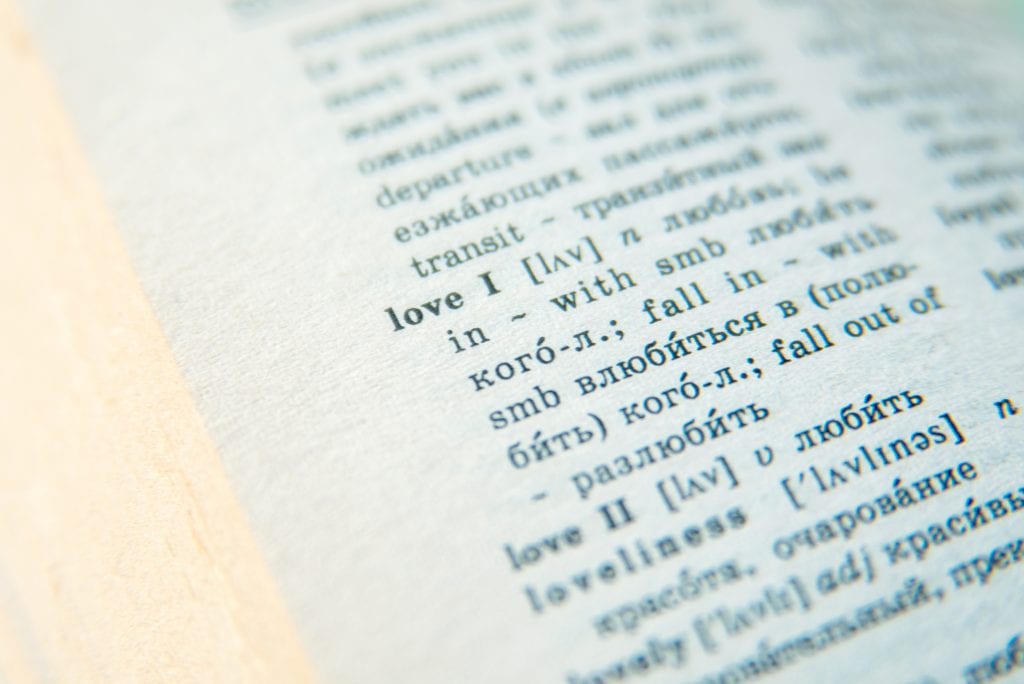 This holiday marks the day in 1929 when the Peoples’ Commissar for The Army and Navy signed an Order to create the profession of the military translator.  I love when you get to say “Peoples’ Commissar,” don’t you?  It may be Russian geek thing, but it always sounds so competent!  The date was turned into a holiday in 2000, so this makes a nice round number for the military translators to celebrate this year.

I love when you get to say “Peoples’ Commissar,” don’t you?  It may be Russian geek thing, but it always sounds so competent!  The date was turned into a holiday in 2000, so this makes a nice round number for the military translators to celebrate this year.

This may come as a surprise, but I actually know a ton of military translators; most of my Russian friends are people I met during my time in tourism, who studied foreign languages at prominent Universities in The Soviet Union.  This exempted the men from obligatory active military service, but exacted a commitment for both men and women to attend the “voyennaya kaftedra,” or military department, where they learned how to say all kinds of menacing things in various languages.  Really.  The next time conversation lags during your tour of the Pushkin Museum of Art, casually ask your tour guide what to say to a prisoner of war.   He or she will automatically rattle off:  “What is your name, rank and serial number?” They also know how to say, “I’m a member of the Geneva Convention,” which is sort of stretching it, really.

It may come as a further surprise that I can also boast a little hands-on experience in military translation.

One summer, I received an invitation to take part in the three-day cruise on the Volga to celebrate the (some round number that I’ve forgotten) anniversary of the National Tourism Committee.  This invitation had been handed down through the food chain from my company’s venerable 80-year old founder (who knew better than to accept), to it’s very busy President, (the one with no head for liquor), and subsequently through his even busier Vice-Presidents of Product Development, Operations, and Sales, down to me.  There was no one for me to pass it down to, so I got my executive wardrobe together and headed for the River Terminal.

After boarding the vessel and getting situated in my 3 meter by 2 meter cabin, I drew on my experience as a cruise ship employee, and went up on deck where I supposed there would be both liquid refreshment and human contact.

I am happy to speak Russian whenever they do not speak English.

I was correct on both counts; and I was neither surprised nor disappointed to note that the National Tourism Committee people, who were all men dressed in the standard Russian travel attire of nylon track suits, plastic flip flops, and too much knock off “Fahrenheit by Dior” aftershave, were on one side of the deck – the side near the bar, and the international guests, attired in what their particular culture considered “Business Casual,” were clustered in pods according to their nationality and language.

Through the crush of Australian diplomats and Indian airline executives, I recognized Linda, a cheerful British woman from another tour company I had met once.   We fell upon one another like long-lost sisters, and, linking arms, we started in on the tepid sweet Russian champagne which was the only alternative to shots of vodka.  As we pulled away from the River Terminal and out into the Moscow canal, the parties moved in parallel groups to opposite sides of the dining room to consume possibly the worst meal on record.  Linda and I gravitated to the English-speaking/NATO-countries table, where we were informed by a nervous, beige-colored Danish dairy rep that the KGB was following us.

“Rubbish,” said the Australian Under Secretary, refilling our glasses.

“And if they are,” I said reassuringly, “surely that is a good thing.”

We finished the worst meal on record and made our unsteady way into the dimly lit bar/lounge area, where the Russians clustered around a karaoke machine.  Ear-splitting ABBA tunes made the room pulse and vibrate with a life of its own, and a mirrored ball spun in the center of the 3-foot square dance floor, throwing dappled hot pink specks in a chaotic whirl around the room.   I felt slightly ill, and switched to tepid Pepsi for a few hours.

Linda and I, and another woman from Holland called something like Antje were the only females, and, with the exception of those 8-day/No Ports of Call cruises around the Antarctic Peninsula, I don’t think I’ve ever enjoyed that level of popularity with the opposite sex.  The unfortunate thing was that most of the attention was coming from the Asian Sub-Continent contingent, all dressed in three-piece polyester suits and their own version of knock-off-knock-you-out after shave, who all wanted to slow dance.   This would have been okay, I suppose, except that I am 5’9” and they were all about 10 inches shorter.   Having endured “Fernando,” and a longer-than-usual version of “Hey Jude,” with an electric guitar solo that made my fillings rattle, I excused myself to the ladies, where I sat for a while on the loo, massaging my temples and vowing to get some subordinates as soon as I could.

I returned to the dance floor to see Linda locked in an embrace on the dance floor with one of the Russians who had been sitting slightly apart from the National Tourism Committee types.

“Interesting development,” I screamed to the Under Secretary who rolled his eyes.

“What is the program for tomorrow?” asked Antje.

“Bloody Mary’s, I hope,” I said and the Under Secretary rolled his eyes even further heavenward. He put his mouth into my eardrum and confided:

“I’ve got a case of Australian chardonnay in my cabin.”

“And you’ve kept quiet about that for the last five hours?” I hollered at him.

“Let’s go,” he said to us, and we prepared to make a strategic retreat when Linda disentangled herself from her dance partner and, leading him by the hand, came up to ask us where we were going.  Largely by means of sign language, since the Deputy Director of the National Tourism Committee was launching into his signature party piece, which was a syrupy rendition of “Santa Lucia,” we indicated that we were doing a runner and asked Linda to come with us.  She dragged her Russian along with her.

We squeezed into the cabin and settled ourselves with tooth mugs of wonderful oaky buttery Australian chardonnay and then turned our attention to the Russian, who told us his name was Misha.  I introduced myself, Antje and the Under Secretary in Russian, at which point his eyes lit up.

“Linda,” said Antje aghast, “Don’t you speak any Russian at all?”

“What do you do?” I asked Misha, who looked slightly uncomfortable, as do all
Russians when you lead with this question.

“I’m here for your security,” he said elusively.  I translated this to Linda who cooed and snuggled up even closer.

Misha turned out to be a high-ranking Major in a very scary part of Russia’s military, which is all I can say about that.   They disappeared for the next 24 hours, emerging only as we approached Moscow, to help us finish off the chardonnay, to the accompaniment of the excellent pickled mushrooms and pickles we’d bought in Uglich.  I helped them exchange contact information, Antje took over to help them get the details of their personal biographies clear – Misha had thought Linda was from New Zealand, and she hadn’t quite got the information that he’d been married before and had two children.   We all staggered off the ship and went our separate ways.

Reader, she married him! And then, she disappeared from Moscow, and guess what?  We never heard from her again!  Weird, right?

Thanks for stopping by on Day of the Military Translators! Have you ever translated for budding lovers? What was your experience? Let us all know by clicking on the comment button below and leaving your story!