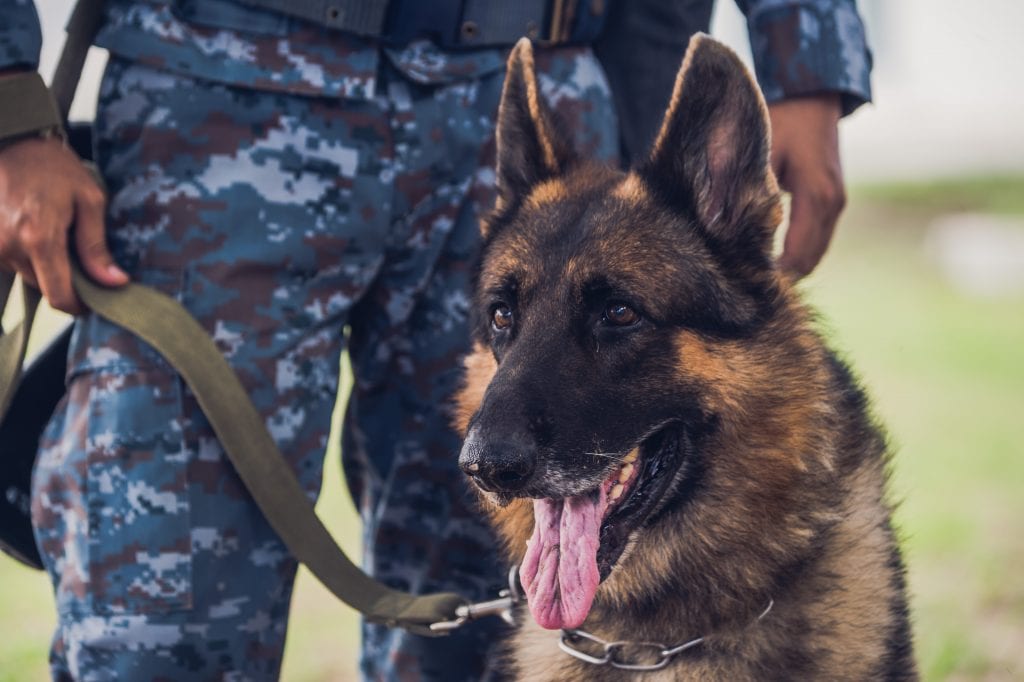 And I’d like to dedicate today to my wonderful fan on Facebook, Barbara Spier, a Moscow doyenne, and one of the driving forces behind the wonderful Living In Moscow site, who always reads these posts, and if she were but to comment on the blog itself and not Facebook, my stats would look completely different, but all that aside, she is a tireless crusader for animal rights and the animal shelters of Moscow.  You can find out more by clicking here.

Using dogs to aid in police and military matters dates back to Tsarist times, and the first police dog started to walk his Saint Petersburg beat in 1906.

The Canine Units of Russia number over 14,000 working dogs, who help to solve crimes, find missing children, patrol the streets, work in the war against drug trafficking, and help detect explosives.  Canine units also serve in active war zones in the southern regions of Russia.  For their bravery and sacrifice, there is a touching monument to service dogs in Novosibirsk, one of the regional headquarters for the Canine Units of the MVD.

Happiness is a warm puppy.

Statistics from Ministry report that Canine Units were responsible for participating in solving 87, 763 crimes in 2009.

Russians really do love dogs, and this struck me right away when I started living here full time.  I was amazed to see large – like huge – dogs living in very cramped quarters in the middle of Moscow and Leningrad.   Despite extremely cold temperatures, there were the dog owners, every morning, out exercising their pets, all of whom seem to be called by American diminutives like:  Jimmy, Chappy, Jerry, Lucy, and so on.

Also intriguing are the packs of homeless dogs, that roam Russia’s cities: this is an opportunity to see canine instinct and dynamics at work as you rarely would be able to elsewhere.  We had a pack on our street, and they moved as a group, with one very obvious leader and many followers.   One dark winter morning, as Velvet and I were walking to the school bus, we noticed that they were barking madly, in a tone that suggested alarm and emergency.   A security guard finally walked one hundred yards and turned the corner, to find a man who’d slipped on the ice and hurt his leg, and could not get up.   Thanks to the wild dogs, help was soon on its way.

So, let’s give a big round of applause to Major General Viktor Koshelev and all of the men, women, and dogs who make up Russia’s very successful Canine Unit.

I’m indebted to the Ministry of Internal Affairs of the Russian Federation’s web site for statistical information on the Canine Units of Russia.

Did you know, that just as dogs run on kibble, bloggers run on comments?  We don’t perform very well without feedback…so please pretty please, leave me a comment, won’t you?  Even if, like so many of you, you were just googling Beef Stroganoff (does all of Australia have Beef Stroganoff every day?)  Don’t lurk, engage!