Lock up your daughters and batten down the hatches…today is Border Guards’ Day! 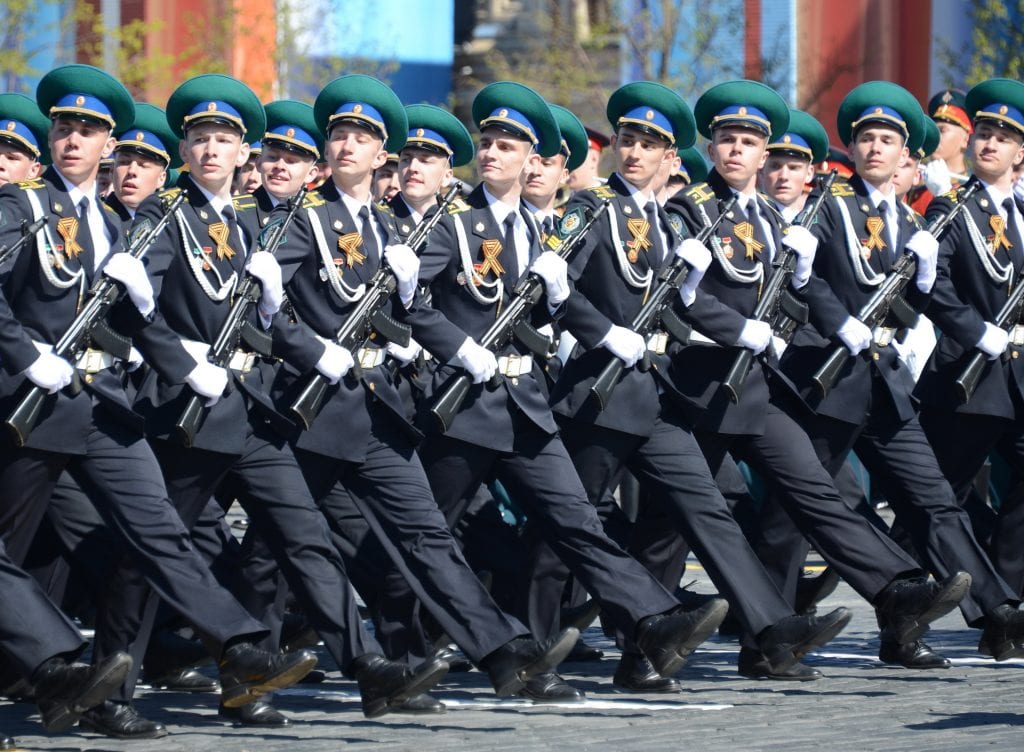 If you were thinking about invading Russia, today might just be the optimal day to do it, since all of Russia’s border guards will be otherwise occupied:

Some Russian holidays we have seen, like the Day of the Defense of the Fatherland, are nation-wide extravaganzas where even the weather is micromanaged, while others, like yesterday’s All Russia Library Day pass with relatively little hoop-lah.  Today, however, is the first of our massive-scale casual piss-ups and one of the best of the genre.

May 28th commemorates the day in 1918 when the Border Guards were officially formed during the chaotic days following the Russian Revolution.   The holiday was first officially celebrated in 1958 in the Soviet Union and confirmed as a fixture of the calendar of the Russian Federation in 1994.  Though the window dressing of statehood may change, Border Guards and Border Guard Day traditions have remained. The day is spent in watching formal displays of the border guards military prowess, evening witnesses fireworks Moscow and all of the “hero cities, and between those two events, the border guards hold mini-reunions around the fountains of parks of major cities.   These are opportunities to hook up with friends one made during mandatory military service, share a few cocktails, and kick back.  Sort of like a high school reunion…on steroids.

Russia’s border guards are responsible for patrolling and protecting the world’s longest border, which has very few natural barriers such as rivers, oceans, or mountain ranges to define them or add to the ease of protecting them, and thus the borders have ebbed and flowed over the centuries: retreating back in lean years, and expanding out in the flush years, such as after The Great Patriotic War, which, as we know, didn’t work out so well.

The Border Guards have a mixed agenda: some years ago, they were assiduously focused on keeping their own citizens inside the borders, which I, for one, feel they might want to revisit as a key concern.  Border Guards are always concerned with the wrong type of people getting into Russia:  invading armies, undocumented workers, people who have spelled “Saint Petersburg” incorrectly on their three-page visa applications, and, of course, people with leprosy.

But all in all, I like Day of the Border Guards.  It’s nice to see so many people who have so many concerns kicking back and enjoying themselves.  It’s nice to see them act human for a change…with unbridled frivolity and mirth.  It makes a change, as anyone who has ever waited in line at passport control knows…Border Guards don’t always roll out the welcome mat with unbridled enthusiasm…even for VIP guests like these…(this video is highly highly highly recommended and you need no Russian to understand it, the title reads, “Long Awaited Burger King”)

Happy Border Guard Day to all those who patrol and protect Russia’s borders!

Do you have a border-crossing story?  Of course, you do!  Share it with all of us by clicking on the comment button below!