Day of the Ameliorators/День мелиоратора: Professionals From Fiction with Tough Rows to Hoe 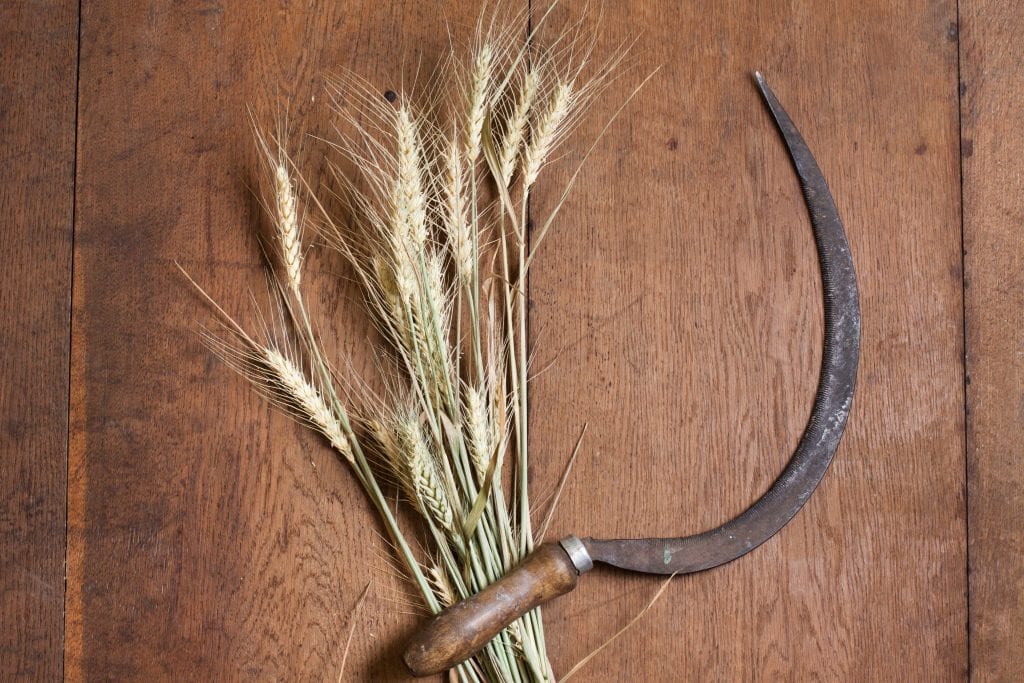 What on Earth is an Ameliorator?

I didn’t know what it meant either, but that is my job, not yours, so I cross referenced it among several dictionaries, both Russian and English:

1.    The act or process of improving something or the state of being improved.

To make or become better; improve.

And the person who does it is an ameliorator.

For our specific purposes, we are celebrating a group of people who are focused on improvements to the quality and quantity of arable land in Russia.  This holiday was first celebrated in the Soviet period in 1976 on May 24th and confirmed as an official “profpraznik” by the Russian president in 2000.

“You can skip the bits with Levin mowing the hay…I always do.”

~ Your intrepid blogger to Susie M. on recommending “Anna Karenina”

Russia’s most famous ameliorator is, of course, fictional.  He’s Konstantin Dmitrievich Levin, one of the main characters in Tolstoy’s Anna Karenina  Levin, who Tolstoy put in the novel to represent himself and his own views of God, the soul, the fate of Russia, and an unhealthy obsession with the micromanagement of a 19th Century Russian estate, can always be counted on to make an appearance whenever things get hot and steamy between Anna and her lover Vronsky.  There he is, pissed off with the zemstvo, or frustrated because he’s got 16 acres of clover and not 50 planted before Lent.  The serfs drive him up the wall, while his Nanny, Agafa Mikhailovna feeds him traditional Russian food.

I was reminded of Tolstoy this spring, as I tried, and failed, to get to see The Last Station on the big screen since I was determined not to watch it on the plane (which, of course, I did…though I fell asleep about a quarter into it).  Along with Young Victoria, and Tea With Mussolini, I think “The Last Station” sounds like a movie the producers designed with me in mind.  ” Let’s make a film for Jennifer Eremeeva,” they say, and so they set it in early 20th Century Russia, and get the, admittedly aging, but still fabulous Captain Von Trapp (Christopher Plummer) to play Tolstoy and the incomparable Helen Mirren (who is Russian, did you know that?) as Countess Tolstoya, who duke it out over Tolstoy’s literary rights for the benefit of James McAvoy.   A must see.

There are, of course, real ameliorators, not just those found in fiction.  Some of the more prominent ameliorators in Russia, such as Josef Stalin, said slightly silly things like,

Agriculture is developing slowly, comrades. This is because we have about 25 million individually owned farms. They are the most primitive and undeveloped form of economy We must do our utmost to develop large farms and to convert them into grain factories for the country organized on a modem scientific basis.

Stalin tried to make sweeping improvements to the land and agricultural output through some rather radical reorganization schemes, but a little of that, as the Russians found out in the 1930s, goes a long long way.

Russian Agriculture is Not a Success Story, Whatever They Tell You

Russian agriculture is not a success story.  This will shock you: only about 10% of Russia’s land mass is suitable for crops, and if potatoes (the key ingredient in vodka) didn’t do well in the chillier growing zones, who knows where the stats would be.  One of the biggest problems in agriculture today is the burning question of land ownership: solved to no one’s satisfaction in 1861, 1918, 1924, 1991 and still looking for definitive legislation today.   So far, the most successful aspect of Russian agriculture that I can see are those postage stamp sized dacha plots where 50-something women break their backs all summer for a cellar full of potatoes.

So let’s give a rousing toast to all the ameliorators, whomsoever they may be, real or pretend.  They have a tough row to hoe.   Enjoy your holiday guys!

As the more astute of you will notice, I am playing catch up with my posts, and I should be back on track in a day or so, and do stay tuned: we have some big time fun ones coming down the pipeline as we slide into a three-day weekend here in Russia…the kind when they cut off the streets and try to massage the weather!

Had you heard about ameliorators?  Have you ever met any?   Do you think they might all be either fictional or buried in the Kremlin wall?   Did you see “The Last Station?”  What did you think?  Leave me a comment by clicking on the comment button below, and thanks as ever, for stopping by!