Today is the Day of Russia’s Guards Regiments! 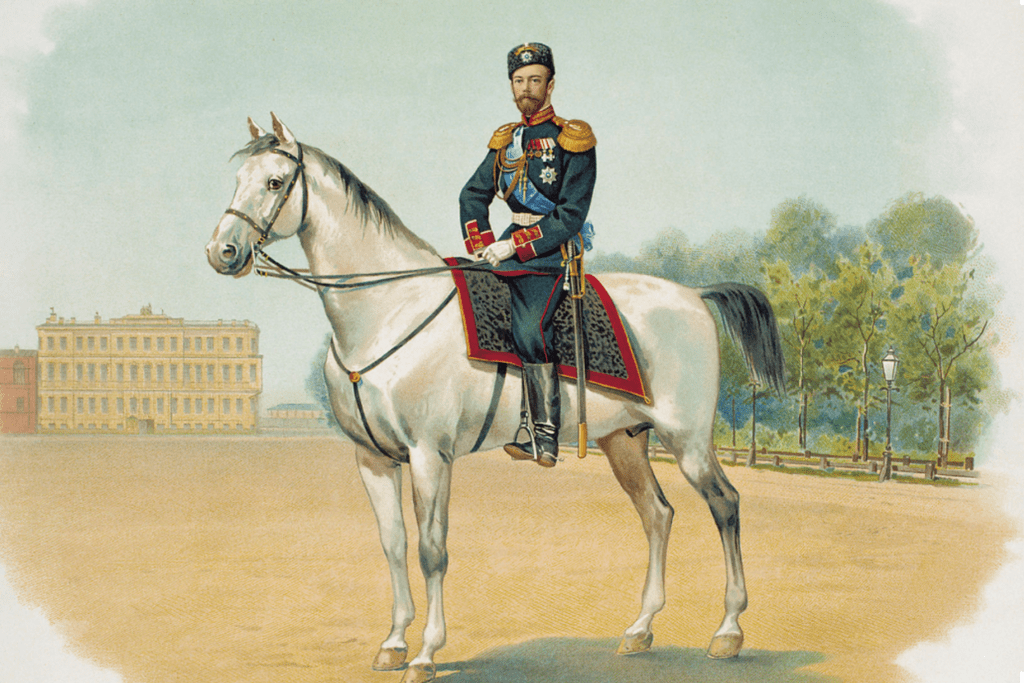 Tsar Nicholas II in the uniform of the Preobrazhensky Regiment

Today’s holiday is another one brought to us by that triumvirate of Russian leaders:  Peter The Great, Josef Stalin, and Vladimir Putin, and celebrates the elite, or “crack” regiments who have earned the title “Guards” through exceptional achievement, bravery, and military prowess.   Today marks the 10th anniversary of the holiday’s celebration in today’s Russia, but the history of the Guards dates back to 1687.

Although crowned Tsar in 1672 as a child, together with his mentally deficient half-brother Ivan V, Peter The Great spent most of his childhood outside of Moscow and away from the intrigues of the Kremlin.  In the peaceful riverside villages of Preobrazhenky and Semyonovsky, energetic Peter organized the local boys into playing soldiers: games which became more complicated as the years went by, until, by 1689 the toy regiments constituted sufficient military might to play a major part in Peter’s successful efforts to wrest power from his half-sister, the Regent Sophia.

Peter set about a complete transformation of Russia’s armed forces, and designated the loyal companions of his youth as the two elite “Guards,” regiments:  The Preobrazhenky and Semenovsky.  These regiments remained the pinnacle of aristocratic military service until 1917, personally attached to the Tsar, and often under his personal command.  The Guards’ regiments represented a significant political force, and their backing of a young German princess married to the lackluster and insane Peter III would play a major role in the ultimate coronation of Catherine II, or Catherine The Great.   Peter insisted on working his own way up from a lowly recruit to the Colonel of the Regiment: a burden all other Romanov men would be saddled with in the years to come.

The Twilight of the Guards’ Regiments

The glory and panache of the Guards’ disappeared in the defeat of the White Army in the Civil War of 1918, and by 1920, most former Guardsmen were either teaching riding in Central Park or driving cabs in Paris.   It would take World War II to revive the idea of designating a “Guards” regiment.  Stalin designated Guards status for exceptional bravery and military success on a few rifle divisions, artillery divisions, aircraft, tank regiments, and naval warships, cruisers, and destroyers.   At the end of the war, however, these Guards divisions were dismissed and the privileges and patronage of the Head of State were not extended into peacetime.

Fast forward to the Putin era and the Guards are brought out of retirement, dusted off, and put to work again for the greater glory of Russia’s new empire: along with double-headed eagles, the Orthodox church, money, and good old Russian excess.

Congratulations to all of Russia’s elite Guards Regiments!

I’m indebted to the very informative web portal www.arms.expo.ru for details on the modern Guards divisions.

Had you heard of the toy army of Peter The Great?  Does it make you think you might want to pay more attention to what your children are actually up to in the sandbox?   Thank you for stopping by on this very festive and colorful profpraznik!

Day of Knowledge/День знаний: Back to School!

Day of Knowledge/День знаний: Back to School!