Today is the Day of Russian Cinema! 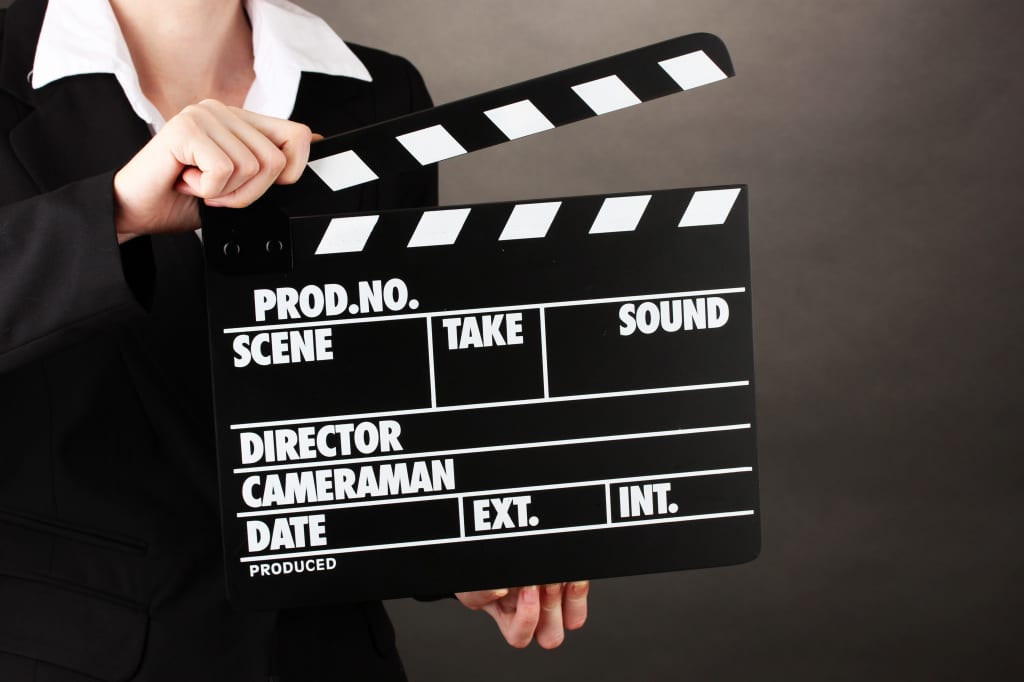 Russians are really really really good at cinema and so, with that in mind, I’ve compiled a list of (my…read my…not yours) favorite Russian films.  In no particular order, although I’m sure more than a few of you agree with me that Moscow Doesn’t Believe in Tears is just about the best film ever made.  Thank God they haven’t made a cheesy sequel as they did for a few other Soviet classics: I’m not interested in watching Katya in WTO negotiations or Lyudmila internet dating…although, wait a minute…that is not the worst idea for a screenplay.   Enjoy!

This 1980s seminal favorite, directed by Vladimir Menshov won Best Foreign Picture and is hands down my favorite Russian film.  The film follows the twists and turns in the lives of three provincial girls who come to Moscow to seek their fortunes.  Opening in 1954, the film is a perfect snapshot of life in Moscow in the decade after World War II.  Halfway through, the action fast-forwards twenty years to catch up with the heroines’ lives.   The film is humorous and poignant with outstanding performances by some of Russia’s finest actors, including Vera Alentova as Katya, Irina Muravyova as Lyudmila, and Alexei Batalov as Gosha.

Sergei Bonderchuik’s 1967 epic (401 minutes) dramatization of Tolstoy’s titanic novel was five years in the making and cost a reported $100,000,000.00, with literally a cast of thousands (120,000) and has yet to be rivaled in scale, scope, and quality. It was Soviet Russia’s answer to “Gone With The Wind.”  From ballroom to battlefield, War & Peace tells the story of Russia’s clash with Napoleon Bonaparte through the eyes of a group of Russian aristocrats whose lives are caught up in the military struggle.  Bonderchuik does a masterful job of portraying bumbling Pierre Bezhukhov, the Tolstoyan hero of the novel, and Vyacheslav Tikhonov is very easy on the eyes as Prince Andrei Bolkonsky.  Newcomer Lyudmila Saveltyeva captures the character development of Natasha Rostova with skill and grace.

A marathon (840 minutes), not a sprint, 17 Moments of Spring is said to be Vladimir Putin’s favorite TV epic, but don’t let that turn you off – it’s HRH’s as well.   Set in wartime Berlin, this exquisitely filmed black and white made for TV saga chronicles the work of Maxim Isaev, a.k.a. Max Otto von Stierlitz, a Soviet spy embedded in the hierarchy of the Nazi party.  Stierlitz tiptoes around secret negotiations between the Americans and the Germans about a secret peace while trying to avoid detection by the wily Mueller, brilliantly portrayed by Oleg Tabakov.   Every detail of wartime Berlin was meticulously researched and flawlessly executed under the leadership of Yulian Semyonov.    Vyacheslav Tikhonov is magnificent as the tightly controlled, uber-suave Stierlitz.    Russians are passionate about 17 Minutes much in the way Americans are about Casablanca, and the entire film is run back-to-back often, usually during the Victory Day celebrations or over Defenders of the Fatherland Day.  Settle in, and enjoy!

Russia’s most beloved clown, Yuri Nikulin stars in this gentle 1968 slapstick comedy, directed by Leonid Gaidai, as innocent Semyon Semyonovich Gorbunkov who unwittingly gets caught up in a jewel smuggling operation during a Black Sea cruise.   He’s mistaken for one of the operatives and the jewels are hidden in a cast on his (unbroken) arm.  The Diamond Arm has been mined for popular expressions and catch phrases in modern day Russian including the refrain, “Semyon Semyonovich!” said in a mildly disappointed voice to someone who has been perhaps naïve or unaware.  Soviet superstar Andrei Mironov, who plays one of the jewel thieves, Gesha is almost synonymous with the phrase, “Only aristocrats and degenerates drink champagne in the morning.”  Finally, if you want to dazzle your Russian acquaintances with your insider knowledge, next time you are in a rush, encourage them to hurry by saying:  “”Ziegel, Ziegel, ay-lyu-lyu!”

Perhaps the original office sitcom, this delightful 1977 directed by Eldar Ryanzanov film tells the story of hapless but kind single father, Anatoly Yefrimovich Novoseltsev who works in a large statistical bureau in downtown Moscow under the directorship of stern and unbending Lyudmila Prokofievna.    Their slow simmer romance provides numerous comic interludes, a playful exploration of gender stereotypes in 1970s USSR, and of course a happy ending for almost everyone.  Steller performances by Andrey Myagkov and Alisa Freindichin the lead roles, and wonderful cameos by the incomparable Liya Akhedzkakova as Verotchka the secretary and Lyudmila Ivanova as Shura, the trade union representative.

This 1967 light comedy is one in a series directed by Leonid Gaidai chronicling the misadventures of sweet but native anthropology student, Shurik, who gets embroiled in local Caucasian matters and enmeshed with a lovely young woman, Nina, played by Natalya Varley.

I’ve seen grown men come to blows over which film version of humorists Ilf and Petrov’s best-known novel of the NEP period is the better, but HRH is very firm, 1977 version directed by Mark Zakharov is his favorite.  Staring Andrei Mironov as the hero Osip Bender, the film is a send-up of early Soviet stereotypes during the mercantile 1920s, as Bender and down-and-out aristocrat Vorobyaninov search for 12 chairs in which Vorobyaninov’s mother-in-law has secreted a pre-revolutionary stash of jewels.

It is almost impossible to choose the best of this film pioneer’s impressive body of work.  Born before the Russian revolution, Eisenstein was one of its best storytellers and a sometime favorite of Josef Stalin. He was a master of film editing and one of the first directors to effectively use montage.  Eisenstein’s best-known works include Battleship Potemkin (1925), October, (1928), Alexander Nevsky (1938) and his masterpiece, Ivan The Terrible (1944 and 1958). 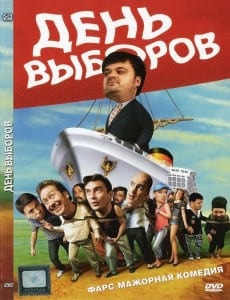 Perhaps not a film “great” but a perennial favorite in the Russia Lite Household, this is the funniest film to date of the theatrical ensemble “Quartet I,” founded in 1993.  In this film adaptation of their award-winning theatrical play, the staff of the radio station “Kak biy Radio” led by the feckless Sasha (Alexander Demidov) is deployed by their oligarch boss on a Volga River cruise to promote his candidate (Vasily Utkin) for governor of one of the Volga regions.  Along the way, the team (Leonid Barats, Rostislav Khait, Nona Grishaeva, and Kamil Larin) must pursue their goal despite roadblocks in the form of Cossacks, petty local criminals, and a trigger-happy general on maneuvers.  Full of hilarious one-liners, right on the money send-ups of post-perestroika stereotypes, and the wonderful timing and humor of the core ensemble, Election Day is not to be missed!

No discussion of Russian films would be complete without a nod to the director, actor, and political activist Nikita Mikhailkov who successfully make the transition from the centralized Soviet film industry to the international scene. This 1994 film, which Mikhalkov wrote, directed and starred in, is possibly his best, garnering both the Grand Prize at Cannes and the Oscar for Best Foreign Film.  It tells the story of one day in 1936 that radically changes the life of Sergei Petrovich Kotov, a member of the Communist military elite, Civil War hero and loving family man, who is caught in the net of the Great Terror of the 1930s through his relationship with a former protégé played by Russian superstar Oleg Menshikov.  Set against the bucolic dacha countryside, Kotov’s tragic downfall struck a cord for a nation who had been silent about the Great Terror for six decades.

I’m baaaaacck!  And I’ve missed you! How’s your summer been?  I want to know!  After a long hot summer of working on The Book, we’re gearing up again for more laughs about life in the world’s largest country.

Do you have a favorite Russian film, film star, or film director?  Have you seen any of the films on this list? Weigh in with your favorites by hitting the comment button below !