You can take the girl to Moscow, but not without Julia… 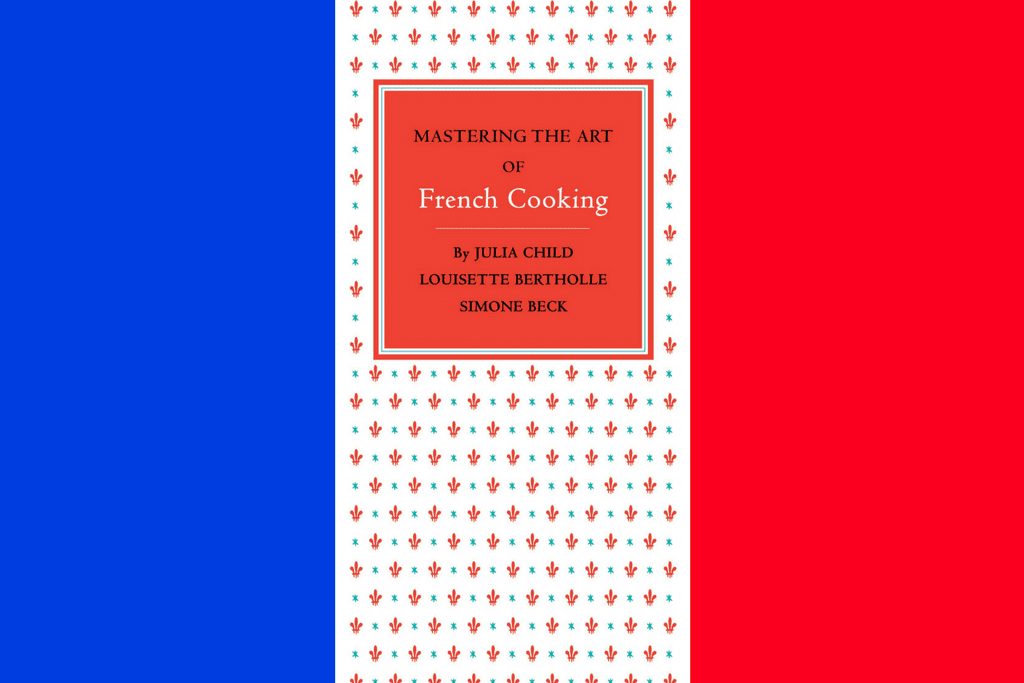 The late and much lamented American Chef, Julia Child is enjoying a resurgence of popularity, thanks in large measure to the film “Julie and Julia,” starring Meryl Streep as Julia.   The film chronicles Julia’s (and her legions of fans always refer to her by her first name only) life in Paris in the 1950s, where she fell head over heels in love with la cuisine bourgeoisie.  Though she knew nothing about food and couldn’t speak French, Julia set out to master both, ultimately becoming America’s first and best-known celebrity TV chef, on the strength of her timeless cookbook on French cuisine “Mastering the Art of French Cooking,” which has retaken its rightful place on the bestseller list, as a new generation of Americans (including my 12-year-old daughter Velvet) struggle to debone ducks, find the stamina to spend three days making a classic cassoulet, and perfect the impossible art of turning eggs, butter and cheese into a lofty soufflé.  Julia’s signature ending to each of her programs was to raise a glass of good French wine, smile broadly at the audience and wish them “Bon Appétit!”

Julia was the best model of what an expat should be: adventurous, gregarious, ready to adopt the best of her adopted country and fuse it with her own culture.

A battered and butter-smeared version of Julia’s cookbook crossed the Atlantic with me seventeen years ago to Russia, as I set off to begin my adventures in expat living, as well as setting up fledgling housekeeping with HRH (my “horrible Russian husband.)   Taking Julia with me in 1993 was more an article of faith than a practical measure: I was to find out a lot about Russia in the ensuing years, but I was under no illusions that I would be able to locate, with ease, items such as crème Fraiche, bouquet garni, or mange tout in my Moscow neighborhood.    Russia in the 1990s was no gastronomic hotspot: the currency was all over the place and food imports consisted of “Bush Legs” (dark meat of chicken) and Amaretto from Italy, which, trust me, do not work well together.    Local food stores had sketchy supplies and surly service.   The first year, in the run-up to a dinner party, I would flip through the pages of Julia’s book for inspiration, only to slam it shut with frustration when she cheerfully enjoined me to “ask your butcher to butterfly your lamb leg, removing the bone.”  What butcher?   The only meat I could find was frozen, and sold by scary looking women in shops that were always about to close.

Good food, however, is universal.   Slowly, but surely, I ran it to ground in Russia.  I scoped outrageously expensive dollar stores for diplomats and businessmen, hoarding my money to splurge on French cornichons and Modena balsamic vinegar.   I discovered Moscow’s magnificent farmers’ markets, full of pungent tarragon, basil, thyme and rosemary, sold by cheerful Azeri women with gold teeth and snapping black eyes.  I made friends with Pasha, a lamb and pork salesman from Vologda, who not only took the bone out of a leg of

I scoped outrageously expensive dollar stores for diplomats and businessmen, hoarding my money to splurge on French cornichons and Modena balsamic vinegar.   I discovered Moscow’s magnificent farmers’ markets, full of pungent tarragon, basil, thyme and rosemary, sold by cheerful Azeri women with gold teeth and snapping black eyes.  I made friends with Pasha, a lamb and pork salesman from Vologda, who not only took the bone out of a leg of lamb, but actually taught me how to do it myself; and I arranged for Tanya, a stunning Ukrainian poultry farmer, to keep back double-yoked eggs and fresh chicken breasts for me each Saturday.  Velvet grew up greeting her favorite vendors with a huge smile each visit; bombarded by free samples of strawberries in season, sour pickles, and every kind of imaginable smoked fish.

Russia has turned me into a very confident and creative cook.  I learned to experiment, substitute and adapt because what was written in the recipe was not always to hand.    Ukrainian “salo” (pork fat) works really well in Boeuf en Daube, Russian gooseberries make outstanding American cranberry sauce, and nothing beats homemade Russian sour cream for thickening and enriching any French sauce.     Russia showed me how to celebrate what was in season, and Julia’s book is now spattered with chicken livers from every cocktail party, inestimable Russian smoked salmon, and rich and creamy Russian tvorag.

“Good Americans,” so the saying goes, “when they die, go to Paris.”  Julia was a great American, so I am sure she is there, but I think she loved the challenge and the rewards of coming to Russia with me.  I’m glad she did.

Author’s Note:  This column first appeared in French in La Russie d’Aujourdhui and Le Figaro on November 18, 2009 under the title “Fusion Imposee,” a link to the original can be found here.