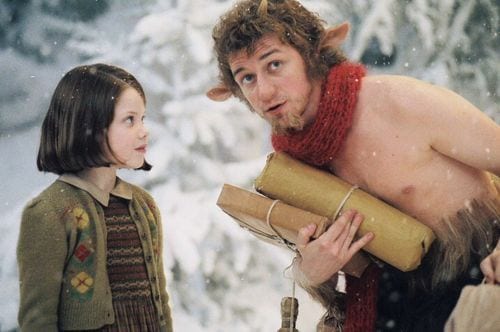 “Meet me at the Diner for lunch,” said Joe Kelly over the phone  “I need to ask you something.”

I was happy to take a break from writing and oblige: lunch with Joe is always a treat.  A former linebacker from Ohio, he fills the strategically positioned hexagonal booth at the Starlight Diner with his effusive bonhomie most afternoons, massaging his iPhone and running his business between a cheeseburger and jovial encounters with his many friends.

“So,” he said after I slid into the booth next to him, “here is what I want to know – what is it like to spend New Year’s in Russia?”

“Armageddon,” I responded automatically. “You aren’t really considering staying here, are you?”

“I might be,” said Joe, talking a restorative sip of his Diet Pepsi.  “Tanya would like to go to her mother’s dacha, and she’s made it clear she’d like me to stay.”

Tanya, Joe’s longtime girlfriend is the original tough cookie — like a titanium chip cookie.  If Tanya wanted a Russian New Year’s, she was likely to get it.

“Spending New Year’s in Russia,” I said, shaking the ketchup bottle vigorously, “is very much like working for a Russian company:  most expats try it once, and then give it up because it’s way too dysfunctional and the food is terrible.”

“Tell me what you really think,” said Joe mournfully, dropping his head in his hands.

“I spent New Year’s in Russia once,” I said, “and almost got divorced as a result.”

“Seriously,” I said snitching one of his French fries and pointing it at him for emphasis, “It’s like Narnia – ‘always winter and never Christmas.’   No stockings, no carols, no wassail, no eight tiny reindeer – none of that.  Christmas, when it happens is in January and it is no big deal.   Do you really want to sit here on December 25th while the civilized world sips Bloody Mary’s and egg nog and opens presents, and you are at work where some beefy accountant called Olga makes you do your expense report –?”

“Jen,” said Joe carefully as I was in mid-harangue, “I am self-employed, that wouldn’t be my experience.”

“– And then when you finally get to December 31st, you have to spend the entire day with your mother-in-law cleaning the entire apartment while she makes herring under a fur coat.”

“Is that the one with potatoes and carrots?”

“No, Joe,” I responded sternly, “herring under a fur coat is the one made from layers of beets, chopped hardboiled eggs, pickled herring, potatoes, glued together with polyester mayonnaise, all topped with grated cheese.”

“Yuck doesn’t even crack the surface, my friend.  And then, when your husband finally – finally — comes home after an afternoon of racketing around Moscow congratulating government ministers and police chiefs – he falls senseless onto the couch for about four hours until its time to get up and turn on the TV. And what’s on TV?  Russian variety musical shows, that’s what – hours and hours of cheesy Russian rock stars singing horrible music.”

“Not that you know of,” I cautioned, “but come New Year’s Eve, she’ll unearth some.  And then, just when you’ve had about enough, the horrible sister will arrive: the most self-centered narcissist in the galaxy, not lift a finger to help, and proceed take a four-hour nap.  And then you will begin to get why everyone is taking all these four hour naps around 9:30 pm, because you aren’t going to eat anything until 11 pm, and when you do eat, it will be herring under a fur coat and sweet champagne, and trust me – those two aren’t a culinary match made in heaven.”

“What happens at midnight?” asked Joe.

“Ah well,” I said, “the big dénouement is that President of Russia comes on and makes a five minute toast.”

This article first appeared in Russia Beyond The Headlines on December 14, 2010 online.

Do you stay in Russia during what passes for Christmas and then through New Year? What’s been your experience?  Or do you sensibly flee?  Where to?