A Hymn to Him: Mens’ Day in Russia

A friend has just figured out the double entendre humor in referring to my Handsome Russian Husband as HRH. 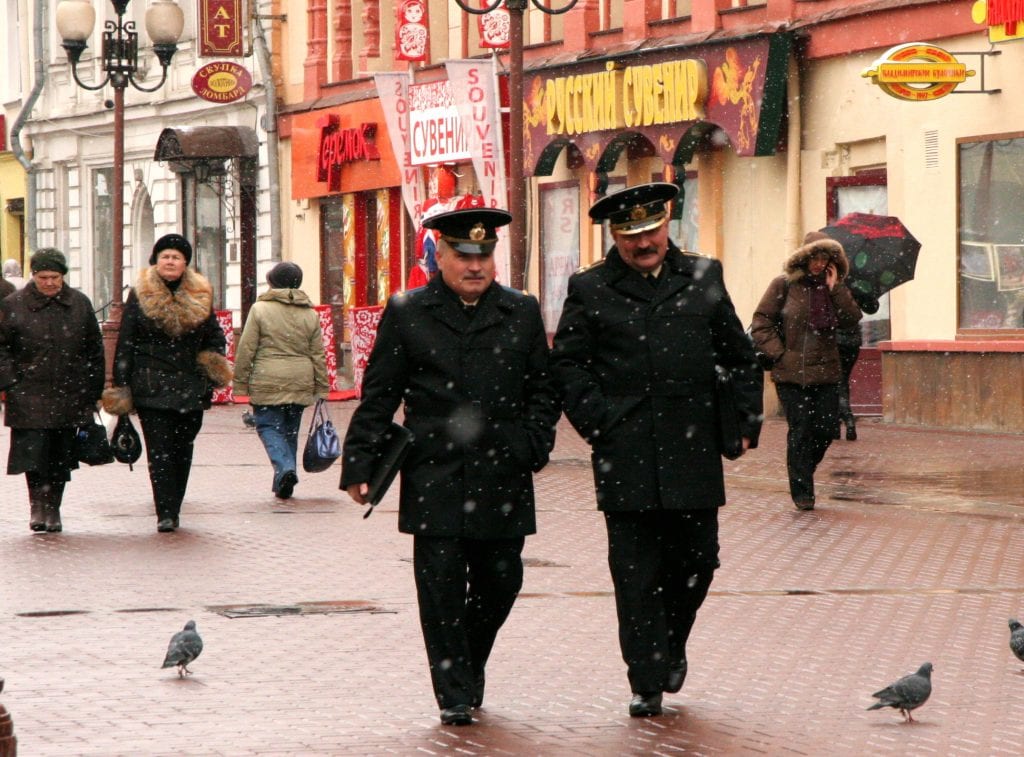 “You know,” she said, “that can also stand for His Royal Highness. Like Prince William.”

What can I say?  She’s not the sharpest knife in the drawer.

The moniker HRH is eminently applicable to Russian men, who are all brought up by their mothers believing that they are, indeed, royal scions and therefore above plebeian and unmanly concerns like housework. In Russia, they are still teaching Home Ec to the girls and Shop to the boys, with no reform in sight and certainly not regarding the impending gender-specific public holidays. In place of one messy, gender-neutral love fest on Feb. 14, Russians are suiting up for the very separate Men’s Day (Feb. 23) and its companion, International Women’s Day (March 8).

I’m a Russian historian, so I like to delve into the origin of national holidays. Men’s Day has a full and characteristically overblown name—The Day of the Defenders of the Motherland—and it celebrates the 1918 rout of Kaiser Wilhelm’s forces by the just-that-day-drafted Red Army. The name eventually morphed from Red Army Day, to Day of the Soviet Army and Navy, and in 1995, as part of a re-branding campaign to drop Red from everything, ended up as Day of the Defenders of the Motherland. In HRH’s family, we take the 23rd of February very seriously indeed, since we are a military family: HRH and Dedushka (my daughter Velvet’s grandpa) both served as officers in the Red Army, as did great-uncle Boris, and several others, dating right back to that Red Letter Day in 1918. Interestingly, this list also includes several gutsy great aunts and great-great-grandmothers, who served, with distinction, in the Red Army as border patrol guards, field medical officers and behind-the-lines guerilla fighters in Occupied Ukraine. Nevertheless, Feb. 23 remains devoted exclusively to the men of Russia, who are all obliged to defend the Motherland as part of their mandatory military service.

On its current Web site, the Russian Consulate in Houston offers helpful guidance on the celebration of Men’s Day: On this day, it says, the entire masculine

On this day, it says, the entire masculine population, from boys to old men, receives special greetings and presents. Women have a wonderful opportunity to convey their warmest and kindest feelings to the loved ones and to indulge them with sings (sic) of attention and affection.

HRH, in mufti, is not a force to be reckoned with on the domestic front, although he does open wine bottles, which, along with driving a car, is what well-brought-up Russian men consider man’s work. I once begged him to empty the dishwasher. He sighed deeply, went to the sink and stood, his back to me.

“What,” he barked, turning around to glare at me.

“Just that, the dishwasher, you know, is the appliance on your left.”

HRH and Dedushka won’t be emptying anything except a bottle of premium whiskey this week as we women convey our warmest and kindest feelings. I’ve bought HRH a new supersonic corkscrew, Babushka (Velvet’s grandma, of course) has the sweet Sovietskoye Champanskoye warming up in the vegetable steamer and Velvet is on dishwasher duty, so we are all set to indulge our Defenders with the royal attention and affection they deserve.

But I refuse to sing.

This article first appeared in Russia Beyond the Headlines on February 24, 2010