Where would we be without our code crackers?   Dan Brown, for one, would just be a geek in a turtleneck. 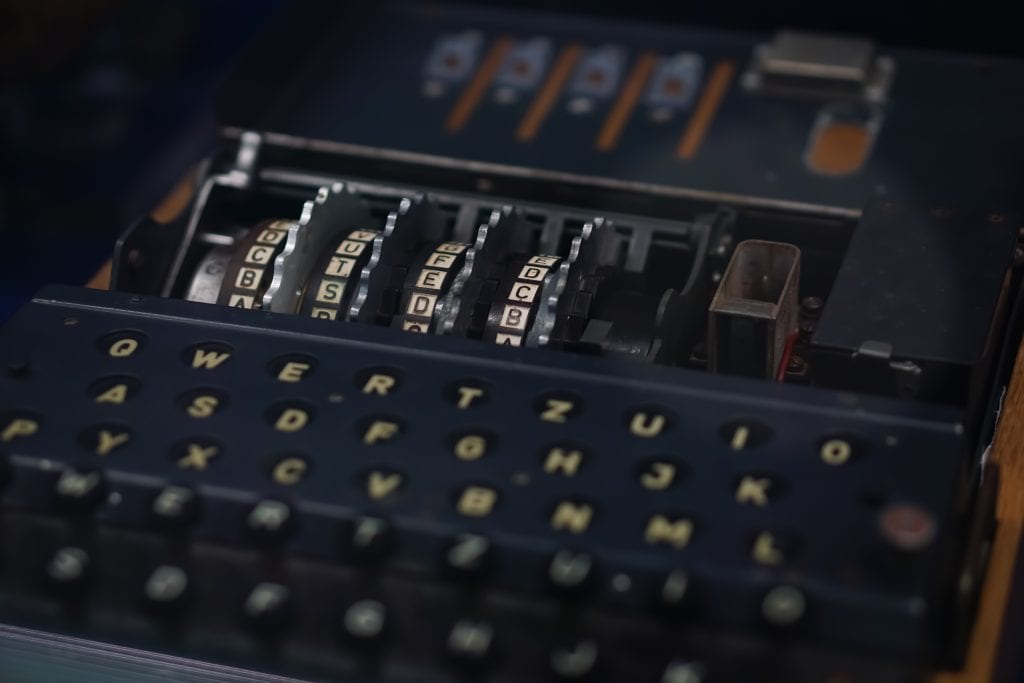 Cryptography is as old as time, in fact, it seems to me that it has to be about the 5th oldest profession (after the Oldest Profession**, hunter/gatherer, housewife, and marriage counselor) out there.  I was interested to learn (and I literally stumbled upon this tidbit of information on a Russian government website), that the Kama Sutra lists cryptography as one of the 64 essential arts for a cultured person, along with carpentry, tattooing and, of course, cooking.

**Before you ask, as my buddy Joe Kelly did, no there isn’t a Day of the Sex Worker.  Sorry about that.

The history of Russia’s code crackers is interesting, if short.   Peter The Great (1672 – 1725) who was into big ideas, like creating a crackerjack navy for a land-locked country, realized that a world class autocracy could not function without some secret code, and the Petrine (as we Russian history buffs smugly but correctly call this period) reforms and campaigns made extensive use of coded messages and ciphers.

You get a lot of that kind of thing in Russian history.   Long periods of very boring stagnation, the historical equivalent of Levin mowing that stinking hay, with short bursts of staccato activity like Collectivization, The Crimean War (not this one, the other one), or Alexander Nevsky’s Battle on Ice.

From about 1850, Russia’s rulers dealt with a sharp uptick in violent revolutionary activity at home.  In 1881, Alexander II was assassinated minutes from the Winter Palace by members of the revolutionary group “Narodnaya Volya” or Peoples’ Will, and after that the secret police, or Okhrana, the forerunner of the KGB, was beefed up and more attention paid to creating and cracking more complicated ciphers, such as the particularly successful Nihilist code. Go ahead, click it! It will show you how to say “Blow up the Winter Palace” in code!!!

The Revolution of 1917 split Russia in two:  the “Reds” those loyal to the Revolution and “White” monarchists fought for control until 1921.  The Whites got most of the cryptologists and cryptanalysts, making it necessary for the fledgling USSR to start all over again.

After this, the trail leads to the FSB ( the current incarnation of the KGB) website.  The Cryptographic Service is part of that crowd.   From there, the trail goes cold.

As well it should.

My theory about the relatively late start and lax attention to cryptography during large swathes of Russian history, for what it’s worth, is this:  I think Russians more often than not think they talk in code already…and of course they do.  With an alphabet that makes a normal person feel they’ve developed instant dyslexia, Russians can, and do, use their truly foul curse words in the lobby of posh hotels in New York and Paris, confident that no one (except the bellboys) understands a word they are saying.

“I cannot forecast to you the action of Russia. It is a riddle, wrapped in a mystery, inside an enigma; but perhaps there is a key…”

This, however, is erroneous, as I can attest from my days as a tour guide.  Once, I was doing what is called a “Fam” or Familiarization Tour (you may know it better as “boondoggle”)  for travel agents in Eastern Europe.  The National Guide was Serbian, the driver was Slovenian, the Czech guide we were dropping off at the border spoke Slovak and Czech, and I spoke Russian.  We got to the Czech/Polish border and, I kid you not, this really happened, everyone spoke his or her language and we understood one another perfectly.

Velvet and I often lapse into Russian over here in the USA if we need to communicate sensitive info.   For example, when my vegetarian nieces dig into the tofu, pea pod, and tempeh salad their mother has provided as the children’s’ meal, I cock an eyebrow and say to her in Russian:

“If you eat some of that, after dinner I will take you to that red restaurant with the golden arches for the largest item on the menu and their very good potatoes”

Which is code for:  “Eat a little and then I’ll get you a Big Mac and fries.”

Congratulations to all the employees at the Cryptographic Service of The Russian Federation!

Thanks for sticking with me on this double-holiday day!  I’d love to know how you and your family talk in code!  Click on the comment button below and leave me a message (in code or not!)