Good luck getting a bouquet of flowers, a hair appointment, or a bottle of sweet Russian champagne in Moscow today – its Secretary’s Day! 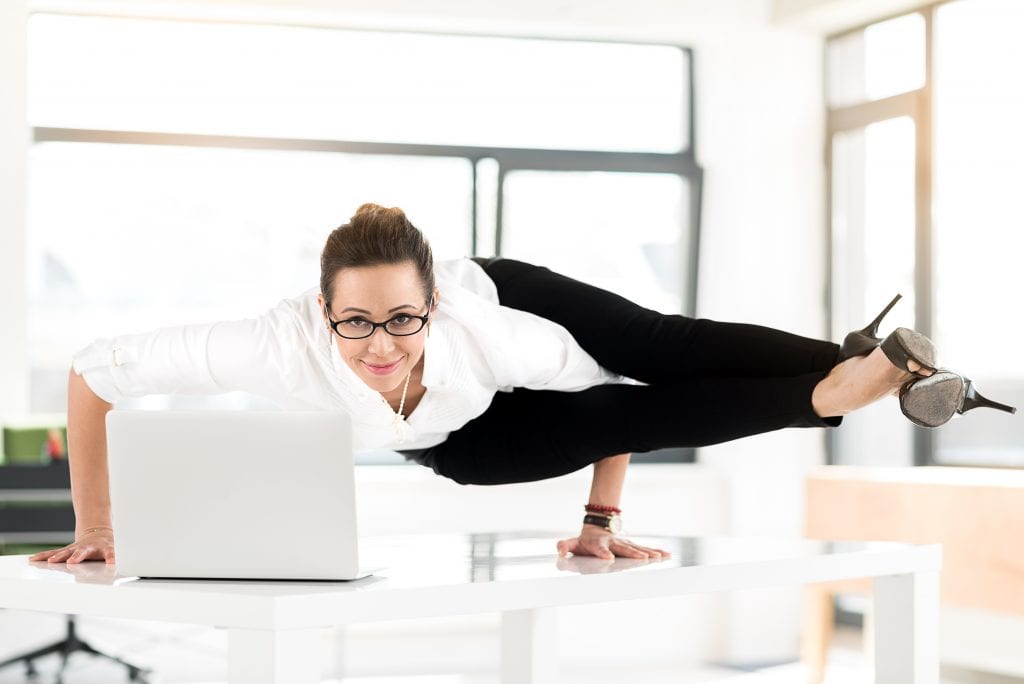 From Planernaya to Vykhino, from Krylatoskoye to Shchelkovskaya, wives are in for the evening, slipping pirated copies of “Sex In the City” into the DVD player, cracking open bottles of Misty and trying hard not to keep an eye on the clock.  Since 2005, when an enterprising group of Russian secretaries got together an inaugurated an annual profpraznik for themselves, this holiday has struck fear in the hearts of wives, as their husbands sally forth to fete the other woman in their lives.  I don’t mind telling you that my nails are bitten down to the quick…HRH has been curiously unavailable for the past few hours…hmm…

Unless, of course, as so often happens, the wife WAS the secretary.  In that case,  the former secretary/now wife quickly and efficiently organizes a weekend in Paris for her and her husband, and the secretary is left with a stiff bouquet of Dutch roses to take home with her.

Secretaries are in the headlines over in the US with the emergence of Miss Blankenship “Yes, my first name is Ida, but you can call me Miss Blankenship” as the character to watch on an otherwise (to me anyway) somewhat puzzling and lackluster new season of AMC’s Mad Men.  You know you are hotter than hot when you are a.) Fictional and b.) Profiled on The Daily Beast.  We can only aspire. Miss Blankenship, who is about four hundred years old, recently replaced the weepy Allison, Don Draper’s pretty but pretty naïve secretary who was stupid enough to sleep with a very drunk Don after the Clios.  Miss Blankenship, on the surface of it, seems to be ideal to keep Don’s mind on his work, much like Betty Suarez was hired to keep Daniel Meade in check on Ugly Betty…but we all know how THAT turned out, right Velvet?   However, it turns out Miss Blankenship has some skeletons in her closet – information which Don stumbled upon while snooping around Roger Sterling’s memoirs…and all I can say is that I’ll be tuning in with a dry martini on Sunday to find out just why Roger calls her “The Queen of Perversions.”

When You’re Too Competent to have a Secretary

I never really had a secretary in Russia because I was way too competent.   I speak Russian fluently, I can use public transportation, I had HRH to negotiate with any landlords who needed negotiating with, and, in the end of the day, I was able to fly solo on the relatively simple procedure of ordering pizza from Jacks.ru (in English) over the telephone.  Many, if not all, of the expat men I know, are not able to do any of these things, and that suits them just fine.   That is, after all, why God invented secretaries.

Russian secretaries are part pit bull terrier, part Nanny, and part GPS system: ready at a moment’s notice to coolly take the phone and settle a dispute between the boss’s wife and the new nanny, filling out your boss’s expense report, keeping the transactions on his Platinum American Express card separate from the family’s Raiffeisen Visa.   Making sure his two mobile phones don’t get mixed up.    At the more ostentatious Investment Banks and domestic oil companies and natural gas monopolies in Moscow, you have to look like Heidi Klum if you want to be promoted to the marketing or mistress departments.

At my happy time with Russia’s national carrier, I got a lot of first-hand experience with Soviet-style office etiquette.   Although we were working at a start up with a skeleton staff (here is some free advice:  never, never, never agree to work at a start-up with a skeleton staff for a State-controlled Russian company), the secretaries immediately set up the “Priyomnaya” which the Oxford Russian/English dictionary tells me is translated “waiting room.”  This does not begin to define the hollowness and hush of the “priyomnaya,” meant to make you think you are in the Curia, or St. James Palace waiting to see a semi-divine individual.  In our case, the top dog had two fierce secretaries; both called (of course) Olga, each of whom would answer the phone, “Priyomnaya of Ivanov, Sergei Viktorovich, General Director of the Universe of The National Carrier.”  When someone important came, they would stand up and introduce themselves just that way.   If someone unimportant came in, they would clip briefly “sit down,” and proceed to make the person wait for much longer than they’d intended.  And, trust me, there are no back copies of The New Yorker in those kinds of offices.

Lest you think that all Russian secretaries are either Barbie Dolls or Pit Bull terriers, I should in all fairness add that there is, of course, a famous secretary in Russia’s film history: the effervescent, cool, and savvy Verochka from “Sluzhebny Roman” or “Office Romance.”

“What distinguishes a businesswoman from a Woman? A gait! Just look how you walk! …”

Played by the darling of Soviet Cinema, Liya Akhenzhakova, Verochka holds court in her frumpy female boss’s “Priyomnaya,” deftly accepting tributes of cigarettes and scent from employees, anxious to curry favor and access.  She mentors the frump’s makeover, by teaching her how to dress and how to walk, orchestrating an ultimately happy ending to her romance with a co-worker.  Verochka has all the best lines, including today’s quote.

“I won’t live that long,” she says in a mournful tone, “I have a hazardous job.”

So, do you have a secretary?  What is he or she like?  Ugly Betty, Verochka, or Miss Blankenship? Are you going to tune into Mad Men this weekend?   What is the most amazing thing your secretary has ever done for you?  Share with us, won’t you, by adding a comment below?