Russia’s Undecided Voters or Banging the Drum in Ostozhenka

AGGGHHHH!  I hate this last week before Election Day! 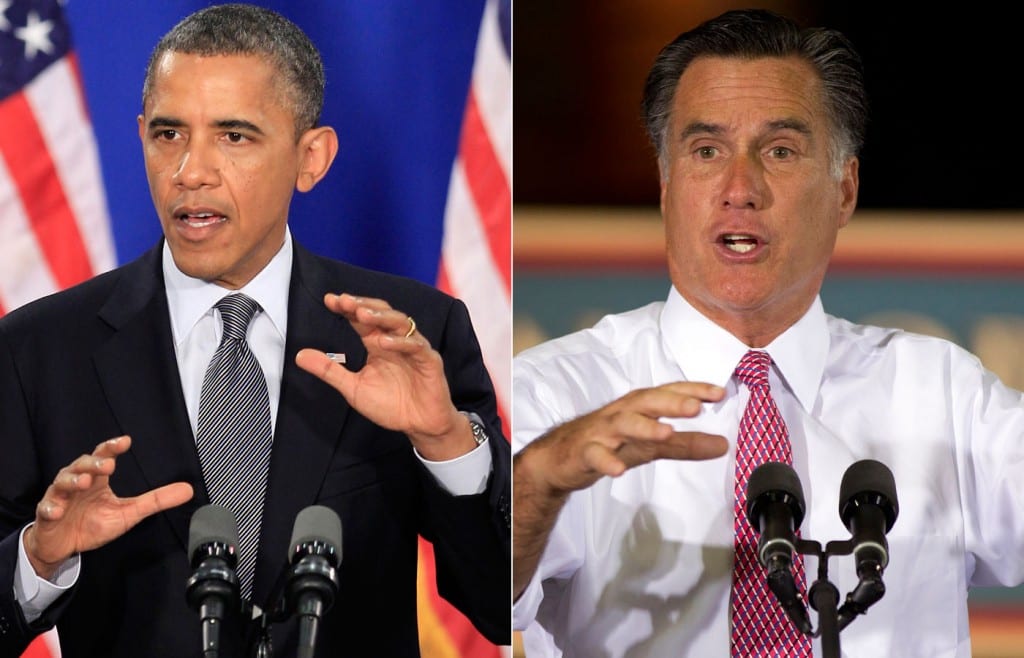 You can scour politico.com and 538.com for hints.  You can download and listen to the screaming talking heads on both sides of the political spectrum all you want, but until November 6th (that’s right minority voters in Pennsylvania for whom English is not a first language – November 6th not November 8th as the robo calls are telling you!!) we won’t know what the next four years have in store.

As usual, it is going to come down to undecided voters, and that is not a crowd I like to put my chips on.  Since I can’t stand the idea of toned blond soccer moms in tony Virginia suburbs weighing the virtues of reproductive rights against a more robust economy, I’ve decided to focus on a different set of undecided voters — the Russians.

There is a thing going around the Moscow-based Facebook community lately.  It goes like this:  under a split screen shot of Barack Obama and Mitt Romney in Russian reads:

“Strange people those Americans.  A week to the election and they still don’t know who the president of their country will be.”

It’s a good joke and like all good jokes, at its core lies a kernel of truth.  Russians really are baffled by our electoral brouhaha.

Can you blame them?  As I’ve written before, Russians are accustomed to very short, rather boring, and distinctly cut and dry elections.  The favorite traditionally is too busy to debate, and so, stunningly to Americans, just skips them – something most people on my side of the aisle fervently wish had been the case in the first debate.    Russian friends were stunned this autumn when I yawned and said I’d got up at 4 am to watch the presidential debate.  In Russia, you never have to stay up past anyone’s bedtime for any political result.  A friend of mine who lives here but votes in a battleground state floored his Russian co-workers by paying a whopping $100 to FEDEX his absentee ballot in.    They thought he was delusional.  Pay to cast your ballot?  No no no, they told him, that river flows in the other direction.

During the last election, HRH, my “Handsome Russian Husband,” was convinced that Barack Obama didn’t stand a chance.  How could he?  HRH looked at that election contest through a very Russian lens.  In his world, an ethnic Russian decorated war hero with a pronounceable name – like Vladimir Ivanov for example — with decades of government service under his belt and all the contacts in Washington one could ever need, is pitted against some whippersnapper Tadzhik regional Duma Deputy with a Chechnyan rebel separatist type name.  In HRH’s world, the Tadzhik guy didn’t stand a chance.  He was truly flabbergasted when Obama won.  It was dead satisfying.

This time around, opinion is more divided.  The margin for error is larger.   And, since I’m too far away to bang on doors in Ohio, I’ve taking to banging my drum on Ostozhenka.  I do what I can to chip away at any creeping Mittmentum.

Russians feel Mitt looks like a President.  If you called up Mosfilm Central Casting and said, “send me a guy who looks like the President of the United States,” they’d send you Romney.   He’s an alpha male type and Russians like that.  He’s clearly an oligarch and they like that too.    Oligarchs are supposed to run countries.

“Yes,” I say with relish, “but did you know that he belongs to a cult religion that believes that after he was crucified, Jesus Christ went to the United States of America?”

This hits home every every time.  Russians are going through a very religious phase at the moment, and you have to tread softly these days, lest you tread on their Orthodox sensitivities.    You want to be very careful about how you interpret the life of Jesus Christ.  The idea that he would go to the United States is as offensive to them as is the rock musical “Jesus Christ Superstar,” once an underground cultural icon of late Soviet life, now banned in Krasnodar.  I go on to tell potential Mitt voters that Mormons don’t drink alcohol or caffeine and this swings a lot of voters back to the undecided camp.  I describe the Principle of Plural Marriage as I understand it (admittedly, most of what I know is from Big Love) and Mitt loses more voters.

Then there is foreign policy.  Never mind that Mitt doesn’t know how the Iranians get to the ocean or the whole Libya thing.  What’s important here is that Mitt Romney thinks Russia is a threat to the United States.   Which is good, Russians think.  But then, they learn, during a debate, that Mitt said that Iran was a bigger threat than Russia.  Mitt hemorrhages hundreds of thousands of potential Russian voters:  Russia may be many things but a smaller threat than Iran she most certainly is not.

Here’s the good news for the Obama camp:  Russians in the end of the day are change adverse and Russians are used to Barack Obama by now.  He has kept calm over Syria, if he stays the course, he’ll screw up Afghanistan and not before time either.  He’s given the Russians a US Ambassador who Sergei Lavrov can use for target practice, and he didn’t kick up much of a fuss when Russia booted USAID out the back door.  He’s fantastic fodder for all manner of Russian satire and funny songs like this one. (see my rough translation of the key phrase below)*

“So, Russians are sticking with the devil they know.

Being President of Russia is not child’s play

And not just because he’s black skinned, but

If we’re honest, because of that too.”